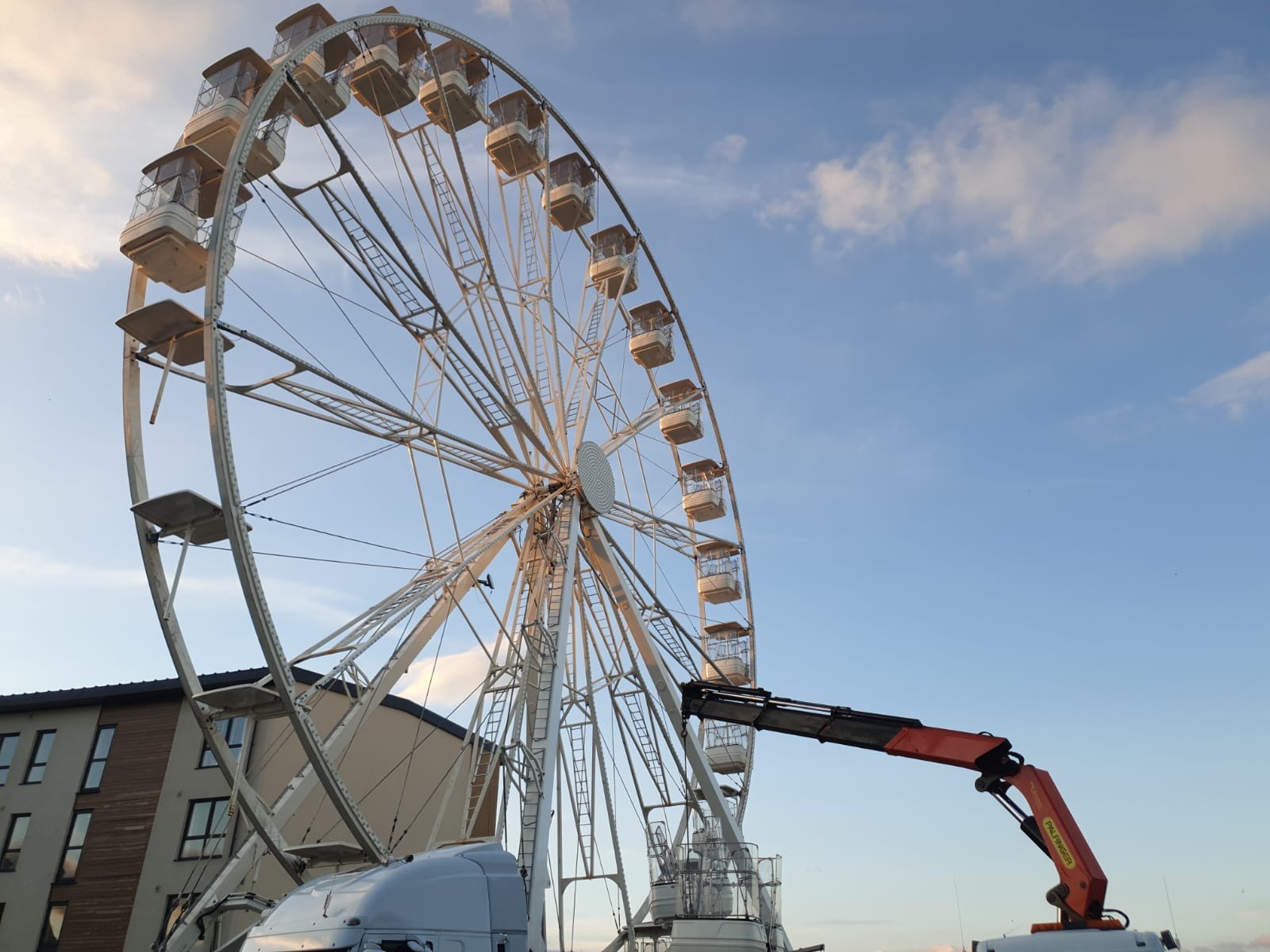 Portobello has a tradition of fun fairs, amusement arcades and shows dating back to the 1890s, so a Ferris wheel on the famous Promenade is nothing new for locals with long memories.

But following the appearance this week of a Big Wheel at the bottom of Pipe Lane, some residents don’t see eye to eye with the so-called Portobello Eye and politicians are demanding the decision to grant approval for the attraction is reversed.

Retired council janitor Kenny Stoddart, who lives in adjoining Bridge Street, is less than impressed with the decision to allow the Big Wheel to be erected and cites concerns about noise, social distancing and potential trouble from crowds who are expected to flock to the ride. The licence granted allows for a maximum of 144 people there at any one time.

Kenny, 59, said: “I have lived here since 2004 and it has been brilliant up until now. This is a total waste of space and I don’t think it should be here at all.

“No one knew it was coming, until it actually appeared. They are saying residents and shop owners knew about it but no one was told and residents have complained.

“I don’t think the health and safety is very good, it is right next to flats and definitely not suitable to be here. There are nurses and bus drivers living here, if they are on early shift and up at three in the morning and this is on until late at night, there is not much chance they are going to get their proper sleep.

“There is no danger social distancing is going to happen. I think it should be taken down and moved away from here. There is going to be more trouble than anything else.”

The wheel has been built without too many people knowing about it in advance. A temporary licence – a Public Entertainment Licence was granted by City of Edinburgh Council – but a more permanent attraction than this would have involved consultation with local councillors or community councils.

The licence is valid from 3 to 30 August and it allows the Ferris wheel to be operated daily from 9am to 9pm. However, the fairground attraction will have to adhere to the rules set out by The Scottish Government which say that funfairs both static and travelling cannot open until 24 August 2020.

Edinburgh East MP, Tommy Sheppard, said: “Frankly, I am astonished this was given permission and I am working hard to get the decision changed, and in any event to make sure it doesn’t operate during the Covid emergency.”

Councillor Kate Campbell of Portobello and Craigmillar ward, added: “None of the ward councillors knew about the wheel until it was already being constructed. We’ve asked for the license to be withdrawn. Portobello has already seen huge crowds and disturbance during the pandemic.

“If the wheel were to operate it would be in breach of Covid legislation. The Scottish Government guidance is in place to keep us safe during the pandemic. We all need to follow the rules to make sure that we are working together to eliminate the virus and save lives.”

Labour councillor for Craigmillar/Portobello, Maureen Child, said: “I am stunned that this proposal was give the go-ahead in a residential area, already under huge pressure, without reference to anybody who would have wanted to have a say and local representatives who would very strongly advised against it. Especially given the crisis we are currently facing, it makes no sense at all.“

Green councillor, Mary Campbell, said “I have many happy memories of using the funfair in Portobello as a child, and I know many residents do as well. However, the current pandemic is not the time, and next to a residential block of flats is not the place, for a funfair attraction.

“I know there are specific issues faced by the industry, who have had their income streams completely cut off, but Portobello has its own issues with large crowds not complying with legislation, and there are very real concerns that this will be made worse by a large funfair attraction. I hope the operator listens to resident concerns and decides not to open the wheel.”

The Ferris wheel is located on land which in past years was owned by businessman Melvyn Strand of Lothian Amusements Limited, and adjoins the luxury Teague housing development where typical two bedroom apartments sell for upwards of £300,000. The council granted the licence on 31 July 2020 to David Thomson, with Calvin Thomson named as the responsible manager. The licence clearly states that it is granted subject to clearance by officials. Assuming it gets the go ahead on 24 August it appears the sun will set on the Portobello Eye after a short one week run.

Under the current health protection rules, funfairs are unable to operate until at least 24 August and so the wheel can’t open this weekend and will not open until the guidance allows.