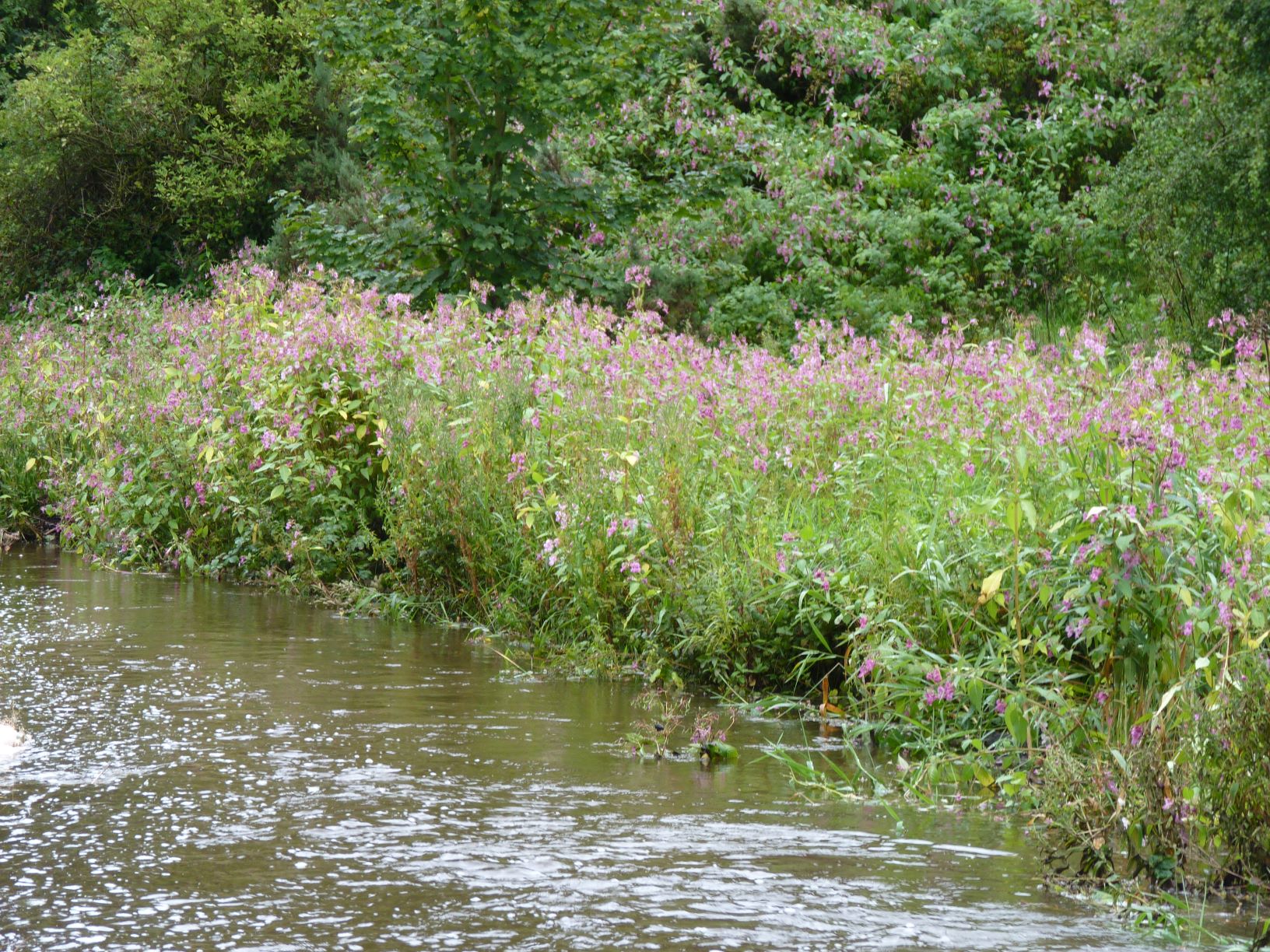 Science has come to our aid. Trials are now being carried out in Scotland for the first time on a natural cure to our Himalayan Balsam sickness.

This non-native species is invading our riverbanks and damp woodlands, shading out all other plants and causing land erosion. I have spent many hours in my local nature reserve in Edinburgh hand-pulling this straggly, fast-growing monster.  But it keeps coming back, as many a weary volunteer will testify. And, of course, we don’t want to resort to chemical sprays in a nature reserve.

This summer, however, the Centre for Agriculture and Biosciences International and the River Tweed Forum have been carrying out a trial of a natural pathogen or “rust” derived from the Balsam’s home territory in the foothills of the Himalayas.  Several versions of the rust (a species of puccinia) have been tried on sites in England and Wales, and indeed on sections of the River Tweed on the English side of the border. But with mixed results. Now a new version of the rust, a better molecular match with the particular variety of Balsam found on the Tweed is said to be performing well.   Soon we may hear a cheer from volunteers on the riverbank, “We have a cure !”

Would it were so for that other invasive species, the Covid-19 virus. This week the virus has been staging something of a comeback in Scotland. We’ve had two deaths, the first since 16th July – bringing the overall total to 4,222.

And we have a large outbreak to deal with among workers at a chicken processing factory in Coupar Angus in Perthshire. There are over 150 cases reported there. Aberdeen has just come out of a local lockdown after 260 cases there.

But the return to school continues to go well, with secondary pupils now asked to wear masks when moving between classrooms.  Anxious parents, however, have been swamping the Covid testing system with children suffering from return-to-school colds.  The computers couldn’t cope, of course, and were sometimes booking tests in England and Northern Ireland for people living in central Scotland.

The First Minister was quickly on the defensive, promising to increase testing capacity. Nicola Sturgeon also found herself under fire from the Conservatives over the treatment of care homes at the start of the pandemic. The issue of moving elderly patients, who tested positive for Covid-19, out of hospitals into care homes continues to haunt her – though no one at the time opposed the policy and it was done to free up beds for the expected tsunami of seriously ill Covid patients.

The Labour leader Richard Leonard has been outlining his plan for the Covid recovery in Scotland. The £800m “saved” from European Union payments should be used for a jobs-rich transition to a green economy. His ideas include insulating homes, a job guarantee for young people and an electric-car-charging network.  He’s also been pointing out that the latest government figures show that there’s £15bn more public spending in Scotland than is raised in taxes, a deficit of 9 per cent of national income.  Nicola Sturgeon told him at First Minister’s Questions on Wednesday that there is hardly a country in the world at the moment that is not running a deficit and he should stop siding with the Tory Westminster government.

It’s a rather heartening sign that ordinary politics is back, along with our schools, shops, cafes, gyms, hairdressers and autumn storms.

Finally, back to plants. The Woodland Trust is again staging a “tree of the year” competition. Nominations include “The Climate Change Tree”, an old sycamore that has come through the age of coal on a restored colliery site near Alloa and is still doing its original job of absorbing carbon. Another is a hawthorn tree, thought to have been planted by Mary Queen of Scots at St Andrew’s University. And, my favourite in this Covid year, the “Survivor Tree”, a small rowan, the only survivor of the old woodland in the Carrifran Valley in the Borders. The area has gradually been re-wilded over the last 20 years and the old survivor has been joined by half a million young trees and doesn’t feel quite so lockdown lonely any more.