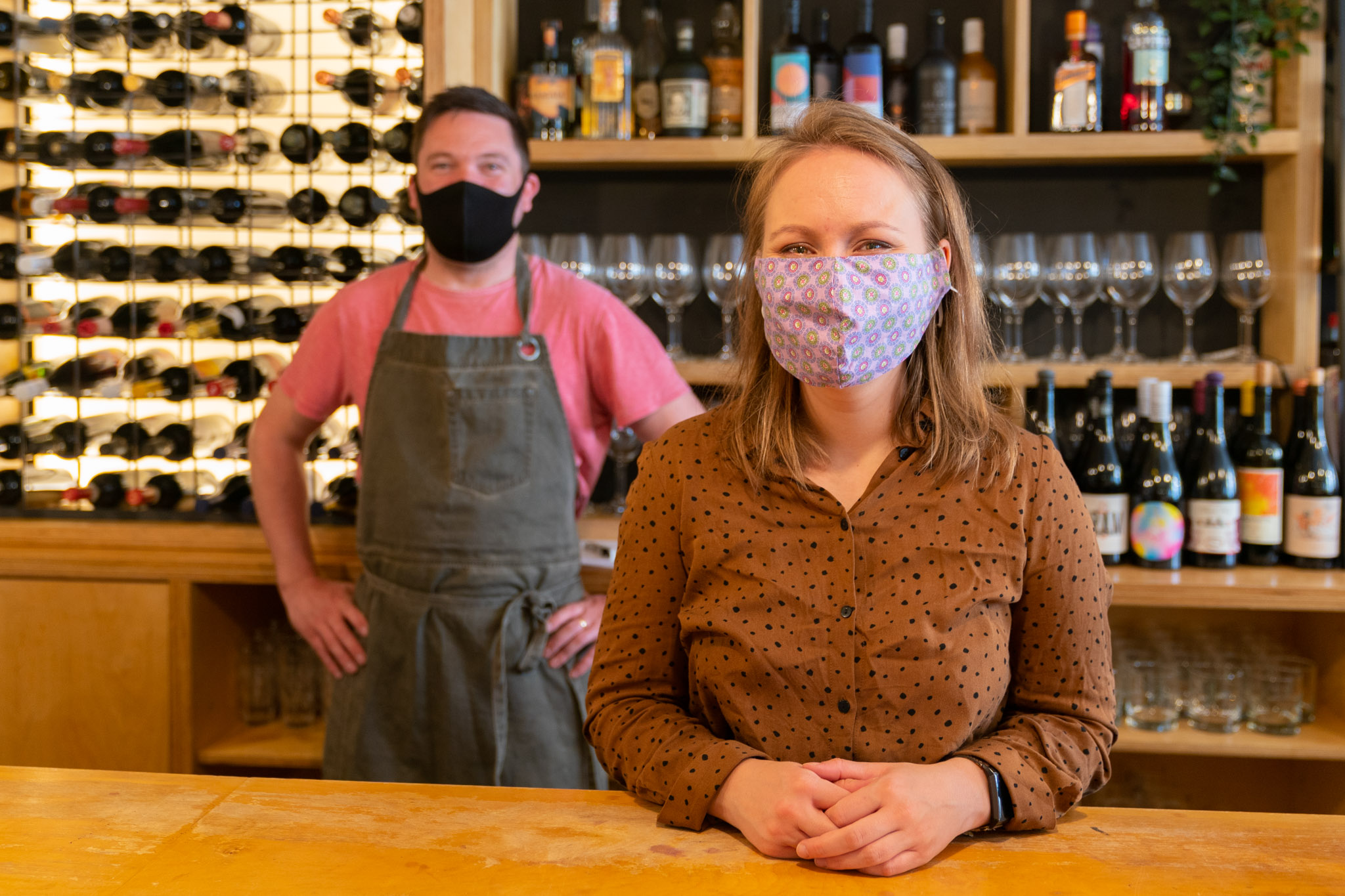 He shut the doors of his Stockbridge wine bar and restaurant on the first weekend of lockdown in March and walked away not knowing if the business would remain closed for four, five, six months.

But within 48 hours Graeme Sutherland and brother Rory, owners of Good Brothers, had launched a home delivery service providing all the produce that they normally supplied in the wine bar to regular customers who were isolating at home.

“Walking away that Saturday night we had no idea when we would reopen or if we would reopen, but I have been in hospitality for 20 years of my life and the thought of sitting around for months was going to drive me insane, said Graeme.

“Out of necessity and in just a few days we pivoted our business to launch Good Brothers To Go and it has evolved in to a bit of a beast which is now a key part of our business.

“Initially we looked at who we were working with in the bar and restaurant, those who were really affected, like Charles Stamper our fruit and veg supplier, the Mellis family who were doing all our meats and cheeses, Bon Accord our soft drinks supplier, and we got them involved.”

With initial expectations of perhaps serving a handful of regulars, the bespoke home delivery service confounded expectations, peaking at £5000 a week turnover, and in Graeme’s words it was “utterly humbling” to find such strong support from customers.

“With the recent opening of lockdown and people’s freedoms being given back to them this has dropped off a bit but we are now looking to evolve this side of the business by providing luxury products and fine foods alongside the wines we have always provided as take away or delivery.”

While many businesses struggled with lockdown conditions or were simply unable to adjust, Good Brothers are an example of what can be achieved in the face of adversity. “I feel guilty about saying this, but the lockdown has been very positive for us. It made us focus on what we were doing right and to assess how we could survive, and it gave us the time to sit down and look at how we could change things for the better.”

In addition to home deliveries Good Brothers have also been one of the local suppliers invited to participate in the innovative The Neighbourgood Market, set up on the site of The Grange Club’s cricket ground and due to run until the end of August. The contact-less open air market features a range of pop-up bars supplying drinks, food and beverages and is limited to only 300 people at any one time.

Good Brothers had a pop-up bar designed and built specially for the market and now that too will form a separate arm of the business as the company looks to diversify in to outside events in the months ahead.

The Dean Street bar and restaurant has also reopened and initial reviews from customers visiting in the post-lockdown era have been encouragingly positive. At the moment opening hours are more restricted – Wednesday to Saturday – but that will change in time.

Graeme said: “All our staff are back from furlough, we have very strict two metre distancing between tables, all staff are wearing PPE, we have a one-way system in the building and implemented detailed Covid return-to-work protocols. The feedback has been superb, with customers saying that while we were busy, they felt completely safe and we had created a welcoming atmosphere in what is a strange situation.

“We want to open more hours but we first want to make sure we are doing everything as best we can and do things well. Getting consumer confidence back and making sure people are happy coming out and feeling safe is key. If we just threw open the doors and people were uncertain about what we were doing we would not survive.”

Casting his eye over what lies ahead for Edinburgh’s vast and varied hospitality sector, Graeme doesn’t mince his words on where he feels the city – and certain businesses – are failing to step up to the mark in this new environment.

He said: “There are going to be lot of casualties and the landscape will be very different. It is going to be a strange place and it will take years to recover but the smaller businesses who are able to adapt and change their business quickly are the ones who will survive long term. A number of people who sat back and relied on furlough and survived on Government handouts but who have not actually changed their busines have shown a lack of imagination, and those are the ones who will struggle.”

Fresh thinking from commercial landlords and the city council could play a crucial role in breathing new life in to the city centre which is about to feel the post-Covid-19 chill with businesses retreating from strategic sites.

He added: “I have been a huge critic of Edinburgh over the last 10 years. Historically it was a wonderful place to do business for the small owner-operators and independents but the city centre, and in particular George Street and St Andrew Square, has been dominated of late by multi-national businesses. It sound fairly brutal but if these people go because it is no longer financially viable for them to stay, Edinburgh can become better for it.

“Commercial landlords, who own all the main sites, should look to engage with local tenants more. They may not get the huge financial rents they have negotiated in the past but they will get people in who are committed to the city and who will offer some form of continuity. Local Edinburgh businesses who are looking for good sites to work out of but who have been frozen out because of disproportionate costs, could benefit but there needs to be greater communication between landlords, the council and business owners.

“The Edinburgh Festivals have been cancelled and yes, it is going to be dreadful for central Edinburgh, but you know what, most of Edinburgh does not benefit from the Festival and business wise the city may end up stronger.”