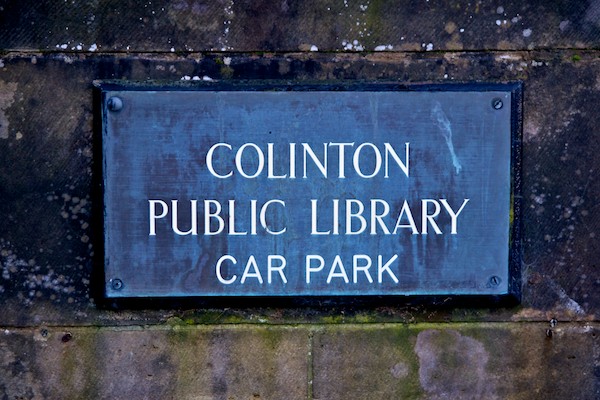 The chief body advocating for libraries in Scotland has urged Edinburgh City Council to follow other major UK cities and open its branches back up again.

Despite libraries already reopening in the likes of Glasgow, Manchester, Liverpool, Newcastle, York and Leeds, Edinburgh has kept its library facilities across the city closed.

Two thirds of libraries in Scotland have already reopened to the public, however at a meeting earlier this month the council voted not to unlock the doors to its 30 branches until at least early September, at which point plans detailing specific dates for reopening will be published.

Once dates have been confirmed, libraries will reopen in three phases.

In phase one staff will return to branches to make preparation.

Finally, in phase three group activities and clubs for adults and children will restart.

In a private letter, Pamela Tulloch, Chief Executive of the Scottish Library and Information Council, has urged Council Leader Adam McVey to do all he can to reopen Edinburgh’s libraries in “a timely manner”.

Ms Tulloch wrote: “I appreciate that colleagues in The City of Edinburgh Council are working extremely hard to try and bring venues back.

“However, for those who are digitally excluded and to support children and young people who have been particularly disadvantaged by the pandemic, I urge you to do everything possible to facilitate the reinstatement of the public library building infrastructure for Edinburgh residents in a timely manner.

“Edinburgh Libraries have strong and solid user base within the City. I am sure that in these strange times people need access to their libraries more than ever.”

Conservative Group Chair, Cllr Jason Rust, said: “It is quite clear that Edinburgh is the exception rather than the rule with cities and towns across the UK re-establishing their library service at a much faster pace.

“With over two thirds of services re-opened it is disappointing that there is such slow progress in our capital city.

“We have called for a report outlining a definitive timescale for re-opening libraries. The current closures are furthering digital exclusion and restricting educational and learning opportunities and it is shameful that the council is acting in such a sluggish way.”

Council Leader Adam McVey said: “We’re all keen to see our libraries up and running again and I’m pleased we agreed an approach for their safe reopening earlier this month at Policy & Sustainability Committee.

“We’ll have some open as soon as possible however our top priority is always the health of our residents and our library teams. Quite rightly our focus has been ensuring all our schools were safe to reopen and has been successful but we will continue to monitor the situation.

“We know how important libraries are for our communities however we have to remember that each library has its own specific considerations which need to be taken into account. This means that some will reopen before others however we will ensure that when we welcome people back, guidance will be in place to allow this to happen safely.

“One positive development from the pandemic has been the boom in our digital service which has gone from strength to strength during lockdown.

“We’ve seen an ever-increasing number of downloads and I hope people continue to use our amazing library resources online and in person when they reopen – we really appreciate everyone’s support and patience and look forward to welcoming you back soon.”