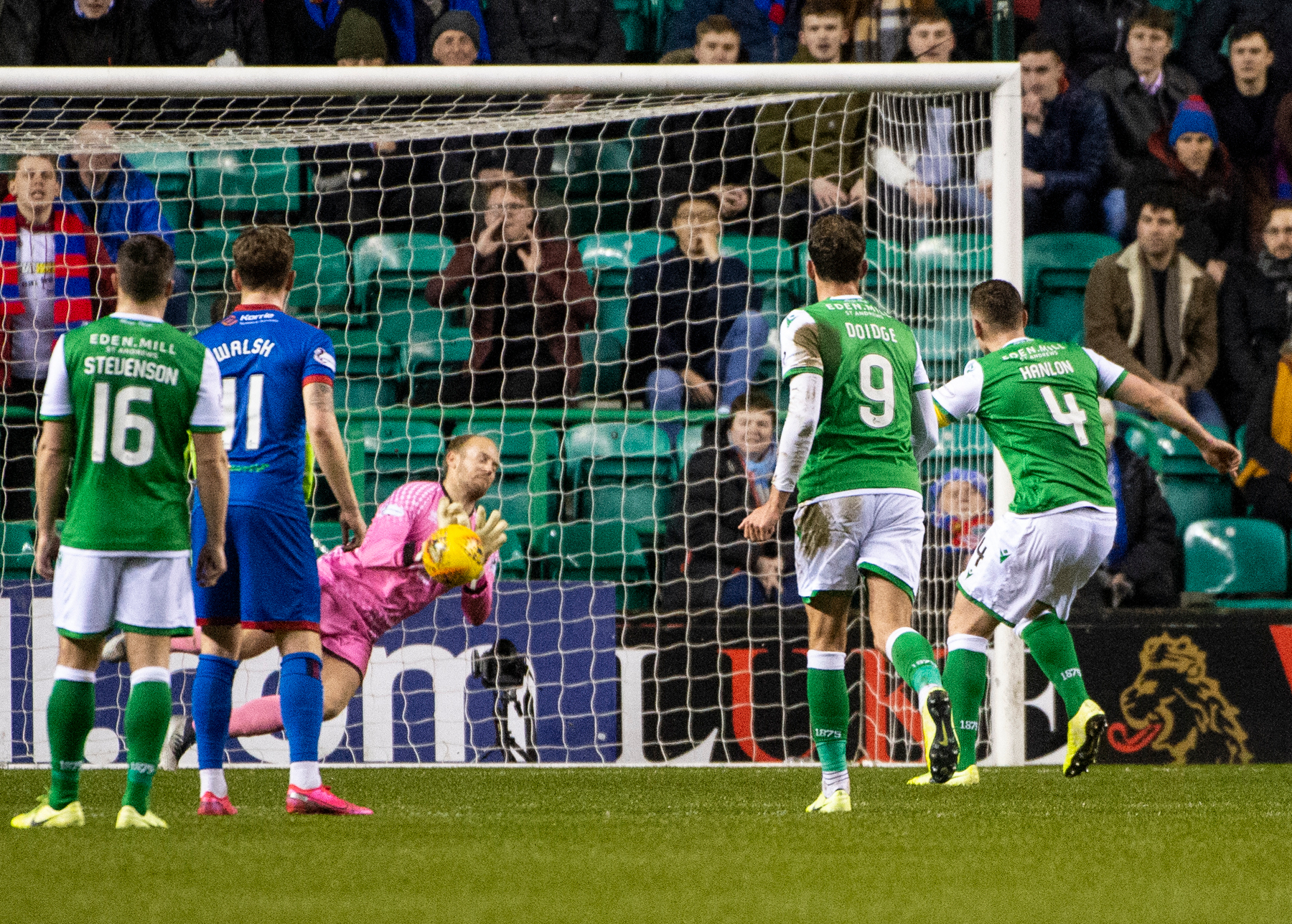 Hibs’ players and staff will be permitted to join those from the eleven other Scottish Premiership teams by ‘taking the knee’ ahead of Saturday’s home game against Kilmarnock should they wish to do so.

Throughout the world footballers have shown their support for the anti-racism movement and Scottish football’s governing body has been in touch with all clubs to organise an anti racism gesture which includes wearing special T shirts and taking part in a video.

Neil Doncaster chief executive of the SPFL, said: “For many, many years, Scottish football has been enormously enhanced by players from hugely diverse backgrounds, who are amongst the most beloved and admired figures to have graced our game.

“It’s fitting therefore, that Scottish football plays a prominent role in helping ensure that education is at the heart of efforts to eradicate the scourge of racism in our society. That’s why we and PFA Scotland proudly support Scotland’s anti-racism charity, Show Racism the Red Card, which educates thousands of young people and adults annually and are committed to promoting their work throughout a Fortnight of Action in October, as well as in the opening round of Premiership fixtures.

“Players from all SPFL Premiership clubs have put together a video message which will be broadcast throughout match coverage and players will be issued with special t-shirts for the opening matches of the season, provided by PFA Scotland in conjunction with Show Racism the Red Card. Our three organisations have also worked together to enable players and officials who wish to show their solidarity with efforts to eliminate racial prejudice to do so prior to the opening matches of the season.

“Racism is abhorrent to any right-thinking person in our society today. The SPFL wholeheartedly supports the right of players, officials and others who wish to underline their opposition to such hateful beliefs and behaviours to ‘take a knee’ as we relaunch the game in Scotland.

“However, the manner in which people choose to express their opposition must remain a matter of individual free will and personal choice. It’s for that reason that it would be wholly inappropriate for the SPFL, or indeed any organisation, to compel anyone to make any specific gesture. As in other sports, individuals must be free to express their own views in other ways, and the SPFL respects their right to do so.”

PFA chief Fraser Wishart added: “Having spoken with their teammates, our Management Committee felt very strongly that they should be given the opportunity to take the knee and show their support for the anti-racism message as their colleagues in the English Premiership and beyond had.

“We spoke with our representatives at all Premiership clubs and they were in agreement that they wanted to show their support for the Black Lives Matters movement. Football and footballers have a powerful voice and our members wanted to use that for the greater good to help spread the vital anti-racism message.

“We are proud sponsors and supporters of Show Racism the Red Card and the fantastic work they do to educate society about how we must stand up to racism in all its forms. A number of our members, including our Chairman Liam Craig, work with the charity and are very passionate about the work they do.

“We thank the SPFL for accepting our joint proposal and allowing the players to show their support as they kick-off the new season.”

Special T-shirts are to be worn pre-match by players containing educational anti-racism messages. And stars from all 12 top-flight clubs will provide a message on video in support.