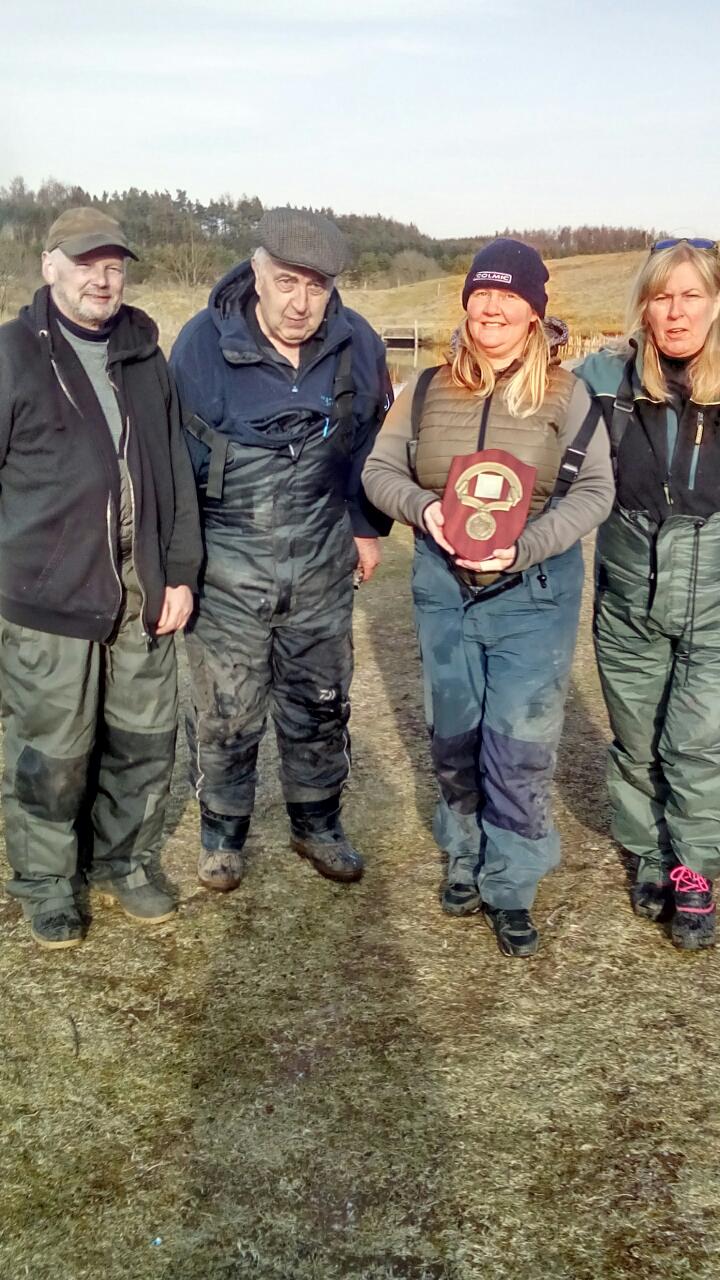 Edinburgh and Lothians Coarse Angling Club host their next match on Saturday at Orchill near Dunblane and you can be part of it.

It’s the second since lock down and Roz Cassidy (pictured with other anglers) won the first match of the Summer Series.

The club’s Ladies Shield holder left it late, taking most of her total catch of 14lbs in the final hour of the match held on a pleasant day also at popular Orchill.

John Perella was second only a pound behind in the event fished in mostly overcast conditions but with some sunny spells.

There was a breeze blowing most of the day but Geoffrey Lowe, the club chairman, said this did not affect bait presentation.

Groundbait like Dynamite mixed with maggot, worm and chopped-up sweetcorn, proved popular but carp were few and far between until the last hour when they switched on for some anglers.

There were a few decent bream caught and roach, perch and gudgeon were in all the pegs.

To book a place pay your £10 annual subscription ahead of the next event and contact chairman Geoffrey Lowe. Full details are on the club’s Facebook page.

Lowe said the club welcome newcomers and if you can’t make Saturday then they have a third on August 8.

Five more are planned until the end of the series and they are on August 22, September 5 and 19 and October 3.

Maggot, worm, corn and pellet bait are allowed as is a method feeder and full details are on the club’s Facebook page at Edinburgh and Lothians Coarse Angling Club.

Geoffrey said: “The water we’re on has 30 pegs and I must know ahead of the match how many are coming, two days is preferable, so I can book. We are always happy to see newcomers and it was good to be back on the water.”