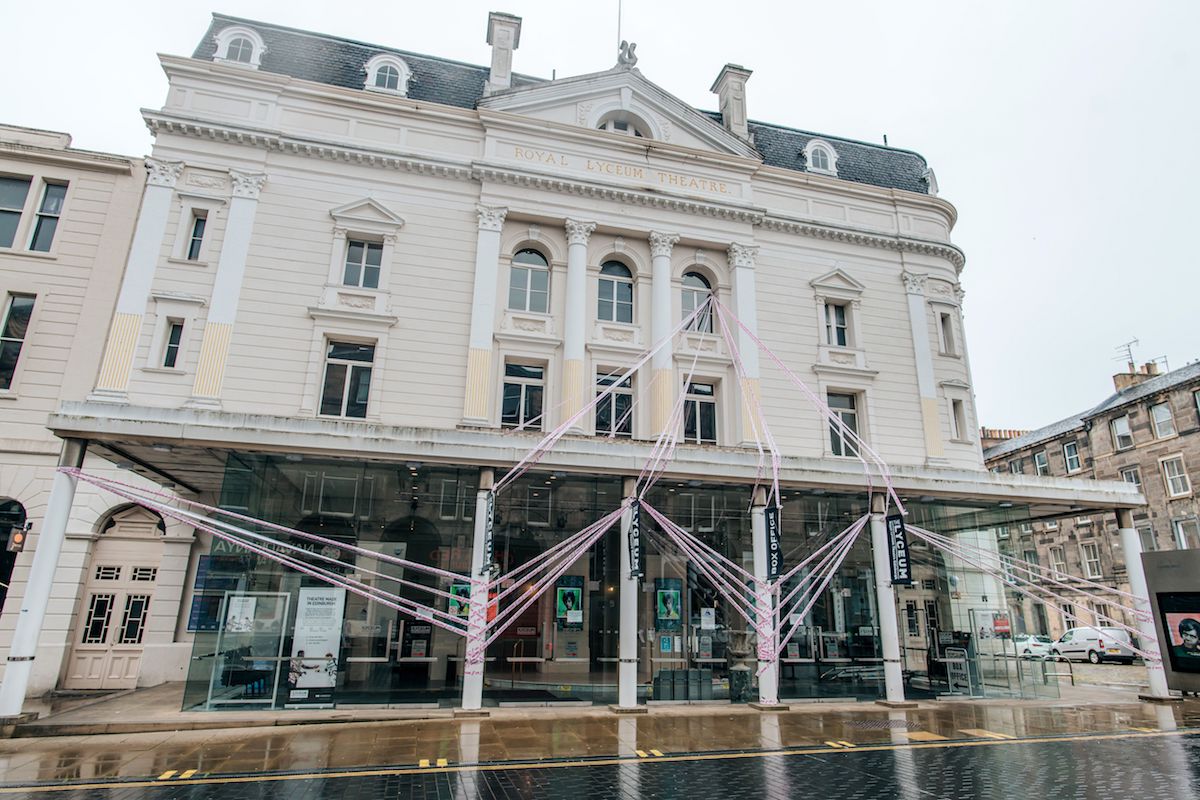 The UK Government has announced a £1.57 billion support package for the arts in the UK, and of that £97 million will come to Scotland.

At today’s media briefing, the First Minister confirmed that the £10 million package from the Scottish Government which was just announced on Friday, will sit on top of the UK financial package.

The UK Government confirmed that the money is intended to help all arts, culture and heritage industries to ‘weather the impact of coronavirus’. Thousands of organisations will now be able to access emergency grants and loans. These will include theatres, independent cinemas, historic palaces, museums, galleries and live music venues.

This is the biggest one-off investment in UK culture and will provide a lifeline to vital cultural and heritage organisations across the UK. More than 350,000 people in the recreation and leisure sector have been furloughed since the beginning of pandemic measures in the UK, but the government hopes this funding will ensure the future of these multi billion pound industries.

This significant investment demonstrates a dedication to humanity that gives us all hope during times of unimaginable uncertainty. We will continue to ensure we tell the greatest tales of our past whilst creating a bold vision for our future. Prime Minister Boris Johnson said: “From iconic theatre and musicals, mesmerising exhibitions at our world-class galleries to gigs performed in local basement venues, the UK’s cultural industry is the beating heart of this country.

“This money will help safeguard the sector for future generations, ensuring arts groups and venues across the UK can stay afloat and support their staff whilst their doors remain closed and curtains remain down.”

Oliver Dowden Culture Secretary said: “Our arts and culture are the soul of our nation. They make our country great and are the lynchpin of our world-beating and fast growing creative industries.

“I understand the grave challenges the arts face and we must protect and preserve all we can for future generations. Today we are announcing a huge support package of immediate funding to tackle the funding crisis they face. I said we would not let the arts down, and this massive investment shows our level of commitment.”

Rishi Sunak, Chancellor of the Exchequer said: “Our world-renowned galleries, museums, heritage sites, music venues and independent cinemas are not only critical to keeping our economy thriving, employing more than 700,000 people, they’re the lifeblood of British culture.

“That’s why we’re giving them the vital cash they need to safeguard their survival, helping to protect jobs and ensuring that they can continue to provide the sights and sounds that Britain is famous for.”

Maurice Golden, Scottish Conservative shadow economy and culture secretary said: “This substantial £97 million investment in Scotland from the UK government as a result of the rescue package for cultural institutions is very welcome indeed.

“The Scottish Government must now follow suit and use this extra money to support Scotland’s successful cultural sector and secure the future of our globally recognised arts industry.

“Our dynamic cultural and arts organisations have taken a huge financial hit as a result of coronavirus and this money could be a lifeline for many.

“The Scottish arts sector makes a staggering contribution to our economy as well as our cultural wellbeing.

“This funding is just part of the package of measures rolled out by the UK government to support all sectors of the Scottish economy through this pandemic – including the jobs of nearly 800,000 Scots many of whom work in our arts and culture organisations.”

Clare Harris, Director Scottish Contemporary Art Network said: “It’s been a big weekend for arts funding. On Friday the Scottish Government announced a £10m Performing Arts Venues Relief Fund, and last night the UK Government released news of its £1.57bn support package for the arts, of which £97m is earmarked for Scotland.

“We welcome the news and are encouraged that those in charge are listening to the voice of the cultural sector at this time.

“The challenge now, however, is to ensure the entirety of the cultural landscape is reflected in any further funding decisions – including, of course, contemporary visual art. We are determined that the visual arts in Scotland play a key role in societal renewal from our own local communities outwards.

“In our letter to the Cabinet Secretary for Economy, Fair Work and Culture (25 June) we urged a package of bold fiscal actions that would stabilise and strengthen the culture sector as a whole, knowing that a healthy sector offers the best prospect for artists, art workers and organisations of all sizes and types.

“We called for a doubling of the current cultural budget and a five-year stabilisation deal for the cultural sector, so that we are able to contribute fully to the national recovery and build a cultural workforce based on the principles of equality and fair work, enabling publicly-funded organisations to pay union rates and support the living wage.

“We also backed wider policy changes, such as a Citizens’ Basic Income, which would safeguard precarious livelihoods for the future.

“Further funding decisions must take into account those creating lasting and vital impact at a local level – both artists and organisations – and those whose voices are often unheard in the wider national conversation around culture.”