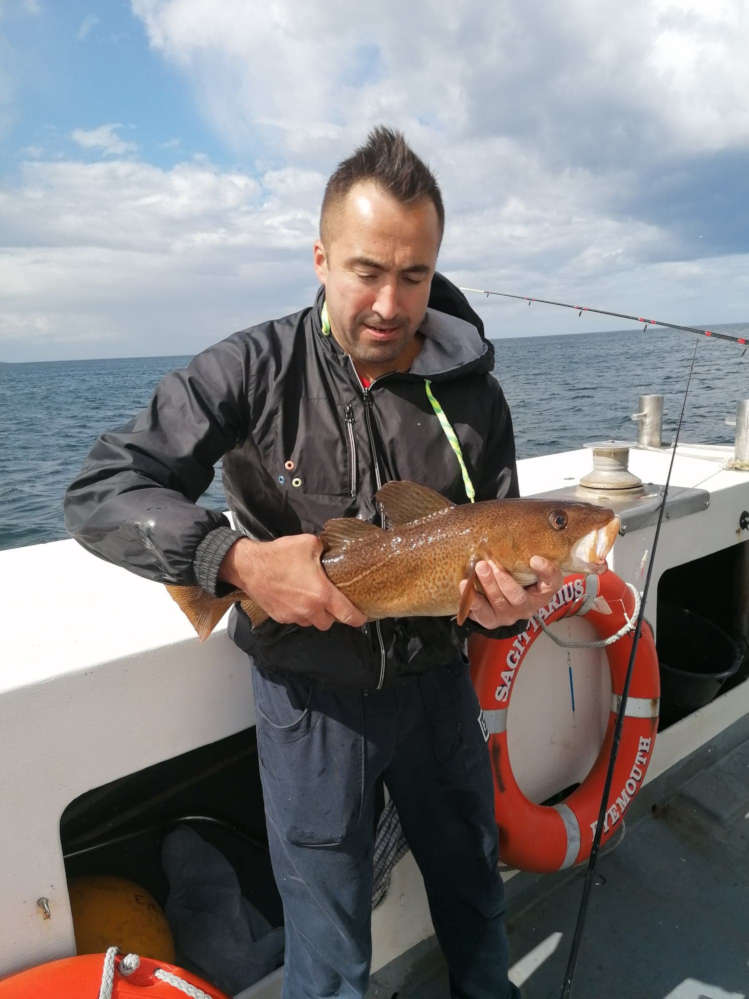 Anglers on board Sagittarius out of Eyemouth have enjoyed bumper catches of cod and skipper Derek Anderson reports that his guest list is full for this weekend.

There are spaces on his six-hour trips run by Aquamarine Charters next week and the bait to bring is worm, mackerel and mussel.

Meanwhile, local reservoirs report good business and catches. Loganlea has been excellent according to boss Karen Jack with black and green lures among the most successful patterns.

Glencorse has been tougher this week but owner Bill Taylor reports some significant catches with two pairs totalling 35lbs of fish each. D5 lines with damsel, blob and diawl bach patterns have been productive.

Lures and CDC along with Ally McCoist flies have worked well at Clubbiedean where boss Steven Johnston is trying to recover from a midweek break in.

Along the Pentlands, Harlaw continues to fish well and has produced some 5lb fish with damsel, yellow dancer and blob among the best patterns.

In West Lothian, Pottishaw has seen a brown trout of 9lbs landed and Bowden Springs has recorded significant returns, particularly in the bait pond.