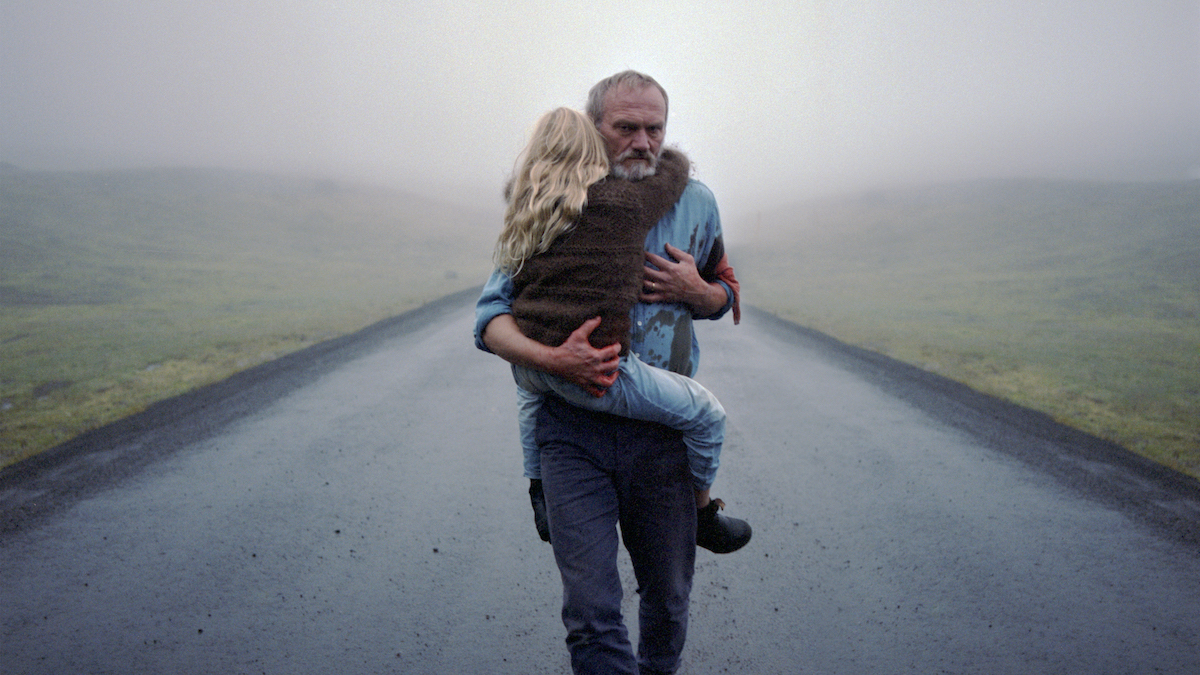 In place of the 74th Edinburgh International Film Festival (EIFF) and all the red carpet events that usually take place in June, the EIFF is coming to you at home.

In collaboration with Curzon Cinema EDFILMFEST AT HOME will bring previews of selected films to a small screen in the living room.

Between 24 June and 5 July 2020 there will be a programme of new films available.

The online festival is a selection of handpicked films all likely to be on the big screen when cinemas reopen.

There will be a brand new film every day each priced at £9.99. And there will be Q&A events running alongside the main programme.

Rod White, Director of Programming said: “We can’t bring you the Edinburgh International Film Festival this year quite as and when you know it, but we are finding ways to adapt and to share our passion for films through new initiatives. We want to give our industry something to get excited about whilst all UK cinemas are closed, and get the cinema-going public excited about what films are in store for them in cinemas when we return so we’ve joined forces with Curzon Home Cinema to end (at least temporarily) this new-release hiatus.

“We’ve handpicked a selection of some of the best upcoming films from the future film release schedules and are delighted we can share those with our audiences across the UK, giving them the opportunity to see them before they [hopefully] reach our cinemas later in the year. Additionally, we’ve also arranged for many of them to be accompanied by online Q&As with the filmmakers which will be live and interactive when each film is released and then available with the stream for the duration it is on EDFILMFEST AT HOME. We’re hugely grateful to all the distributors who have supplied films for this series.”

Damian Spandley, Director of Programme and Distribution Sales – Curzon said: “The Edinburgh International Film Festival is a highlight of the UK film calendar and it is a crushing shame not to bring some of our films to the city this June. But with this selection of exciting new titles, we believe EDFILMFEST AT HOME on Curzon Home Cinema will bring the spirit of the festival to film fans across the country.”

Sambrooke Scott, Head of Audience Development at Screen Scotland said: “Throughout lockdown, film festivals have been finding imaginative ways of sharing great cinema despite physical isolation, and EDFILMFEST AT HOME is a great example of this. This new collaboration between Edinburgh International Film Festival and Curzon Home Cinema provides a unique opportunity to view some of the best upcoming releases, celebrating and supporting cinema during an incredibly difficult time for the exhibition sector.”

Paul Bush OBE, Director of Events at VisitScotland, said: “This is a great example of an event innovating to engage with its audience in difficult circumstances for the industry. While it is important that people continue to stay at home, I’m delighted that film lovers will still be able to enjoy the insight and programming expertise of Edinburgh International Film Festival in some form and as one of the world’s most renowned film festivals it is heartening to see the EIFF adapting to deliver content via this pioneering platform.”

The films lined up so far for EDFILMFEST AT HOME include the following:

REBUILDING PARADISE directed by Ron Howard. The UK premiere of the moving documentary, by Hollywood director Ron Howard, that chronicles the post-fire lives of the residents of Paradise, California, which was 95% razed to the ground by the so-called ‘Camp Fire’ of November 2018.

SAUDI RUNAWAY written and directed by Susanne Regina Meures. The UK premiere of a documentary in which Muna, a 26-year-old arranged-bride-to-be, makes the courageous decision to escape the country whilst on her honeymoon in Abu Dhabi, which she films on her two mobile phones. As gripping as any suspense thriller.

FANNY LYE DELIVER’D directed by Thomas Clay and starring Maxine Peake, Charles Dance, Freddie Fox and Tanya Reynolds. Set in Shropshire in 1657, this folk horror/thriller concerns a young woman living a remote, rural, puritan existence with her older husband and young son, until the arrival of a young couple on the run who introduce Fanny Lye to a world of possibilities…

PERFUMES (LES PARFUMS) directed by Grégory Magne, starring Emmanuelle Devos, Gustave Kervern, Sergi Lopez, Grégory Montel. The UK premiere of this French comedy drama set in the ‘nose’ (nez) business. A once-famous ‘nez’ (in the perfume world) sells her extraordinary olfactory facility to any company that’s prepared to pay for it. She’s a selfish diva, but one that might just have a shot at redemption through her relationship with her new chauffeur, a man with many troubles of his own.

SAINT FRANCES directed by Alex Thompson and written by and starring Kelly O’Sullivan. The UK premiere of this US comedy drama which sees Bridget, 34, aimless and accidentally pregnant, decide to have an abortion. Needing a job, she gets one (by luck rather than design) she’s not really very well suited to – that of nanny, to the precocious Frances.

THE TRAITOR directed by Marco Bellocchio and starring Pierfrancesco Favino. A masterful telling of the real-life story of Tommaso Buscetta, the main informant in the ‘Maxi’ (Sicilian Mafia) Trial in Palermo in the late ‘80s and early ‘90s.

A WHITE, WHITE DAY directed by Hlynur Palmason and starring Ingvar Sigurdsson. Icelandic drama about a recently retired policeman who becomes obsessed that his recently-deceased wife was having an affair. His growing obsession starts to threaten the well-being of the rest of his family.

LAST AND FIRST MEN directed by Jóhann Jóhannsson and narrated by Tilda Swinton. The UK premiere of the late, great composer’s directorial debut, a stunning audio-visual, science-fiction essay on human mortality and the end of all things. Loosely based on the 1930 Olaf Stapledon novel of the same name, Tilda Swinton voices a human from its 18th distinct evolution from some two billion years in the future (the Last Men), reaching back to the First Men (us) for help, as the end of time approaches.

YOUNG AHMED directed and written by Luc Dardenne and Jean-Pierre Dardenne. After taking to heart an extremist interpretation of the Qu’ran, a Belgian teenager hatches a plan to kill his teacher.

ANTHROPOCENE: THE HUMAN EPOCH directed by Jennifer Baichwal, Edward Burtynsky and Nicolas de Pencier, narrated by Alicia Vikander. This stunning documentary, filmed in 20 countries across 6 continents, documents the impact the human race has had on Planet Earth to illuminate the question: have we entered a new geological epoch?

VOLCANO directed by Roman Bondarchuk. Lukas, a translator working for the OSCE (Organisation for Security and Cooperation in Europe) gets stranded in the middle of nowhere in southern Ukraine. Life, and the people, are nothing like Lukas has ever imagined before, and getting out of there is his only priority. But warming to his strange new hosts, perhaps there’s more going on here than first meets the eye.

LITTLE GIRL directed by Sebastian Lifshitz, UK premiere. This moving and inspiring documentary tells the story of Sasha, 8, who was born a biological boy but lives as a girl. The film details, with extraordinary sensitivity, Sasha and her very supportive family’s seemingly endless quest for her to be recognised as a girl by the school she loves.