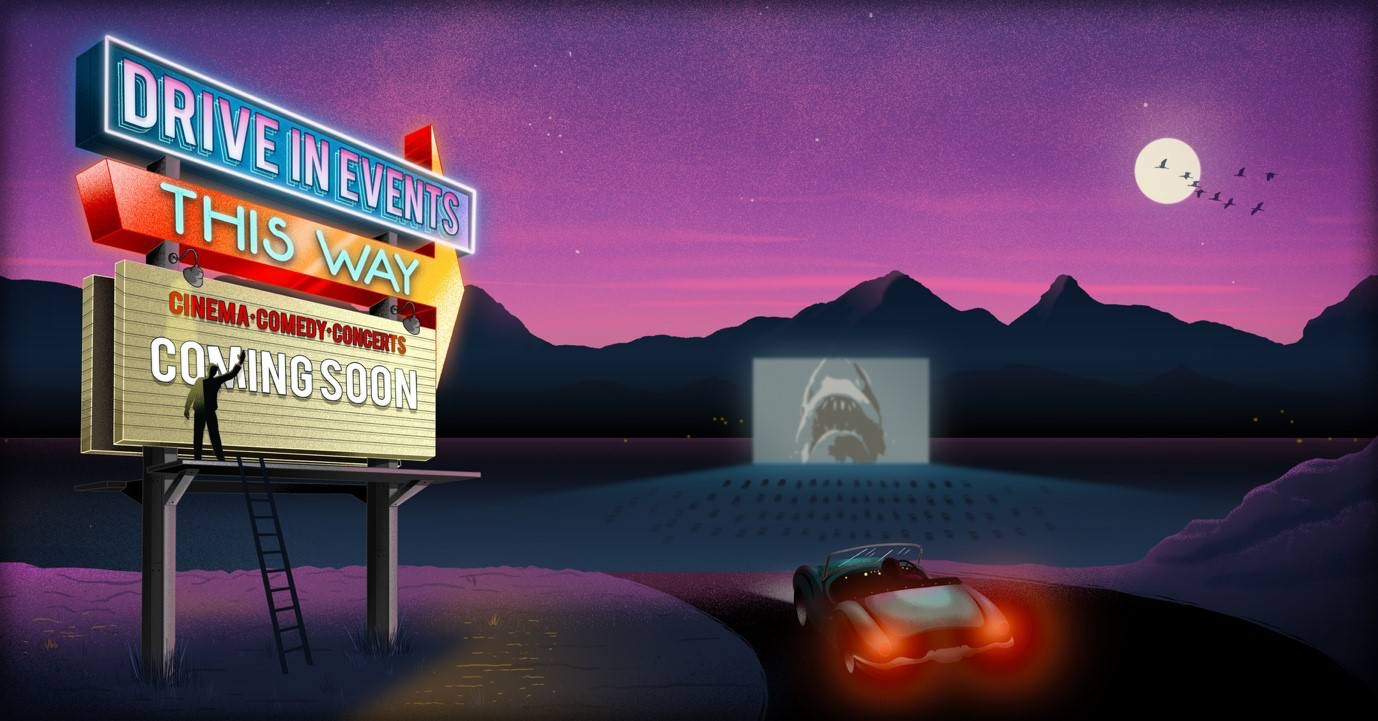 As we begin the easing of lockdown it has become clear that social distancing will still exist for many months into the future – leaving both those who enjoy culture and events and those who work in it without part of the fabric of their lives.

The prospect of the summer without theatres, music festivals, cinemas, stand-up comedy and nightclubs has led to both artists and promoters needing to reinvent themselves with many moving online to the world of virtual streams.

However, three promoters believe that they have a better solution and Drive In Events is set to offer safe and socially distanced entertainment across the UK – including Edinburgh.

As far back as 1910, drive in events have occurred, though famously credited to Richard Hollingshead who patented the concept in 1933 to accommodate those for whom cinema seats were too small, this form of drive in gathering is proving ideal for the current Covid-19 context with music and cinema events starting to take off in Europe.

Tom Ketley from FLY, which produces FLY Open Air music festivals in unique locations in Scotland, is part of the team behind the new idea:

Tom says, “Drive In Events could be a massive safe success story and we have plans to roll this out across the UK – bringing high quality entertainment to people while ensuring strict social distancing.”

Co-promoter, Steffan Chelland runs Bristol Based Time Warp events which produces a host of shows across the country including the 26 city Disco Wonderland Tour.

Steffan added, “Our aim is to bring back a sense of normality in a climate of uncertainty. It’s been difficult for not only the music industry itself but the average person has lost their sense of weekend release, be that music events, live shows or just socialising with your friends – we are trying to build a safe bridge back to this.”

With the loss of the Edinburgh Fringe Festival Drive In Events could offer Drive In Comedy throughout the whole month of August as well as Drive In Cinema for families, Drive In Raves for young people and Drive In Concerts for live music fans.

There are a great number of safety precautions that each show will have to meet but from initial discussions with venues, Police, and relevant local councils, the team believe that this will be a valuable solution to boost everyone’s mental health.

Two free car places will be available to NHS workers at each performance.

Tom Ketley said: “People need something to look forward to, they need access to social interaction and entertainment. Many people who have been in lockdown on their own are suffering with mental health problems and once lockdown laws are eased the Government will need to ensure there is not a mass free for all with people descending into crammed pubs and then a second wave of the virus to hit. I cannot see how socially distanced drinking culture can exist safely.”

The team are looking at how successful events in Germany and Denmark have occurred and working with the venues to ensure that safety and social distancing measures are ensured so that there is no additional pressure to front line workers.

“One of the venues that we are in discussion with is Scotland’s finest stately home – Hopetoun House. It would offer a fantastic backdrop and we are looking to programme a wide a range of entertainment for people of all ages. As the timings of when this will be possible become clearer, we will release information on events and tickets here: www.drive-in-events.co.uk.”