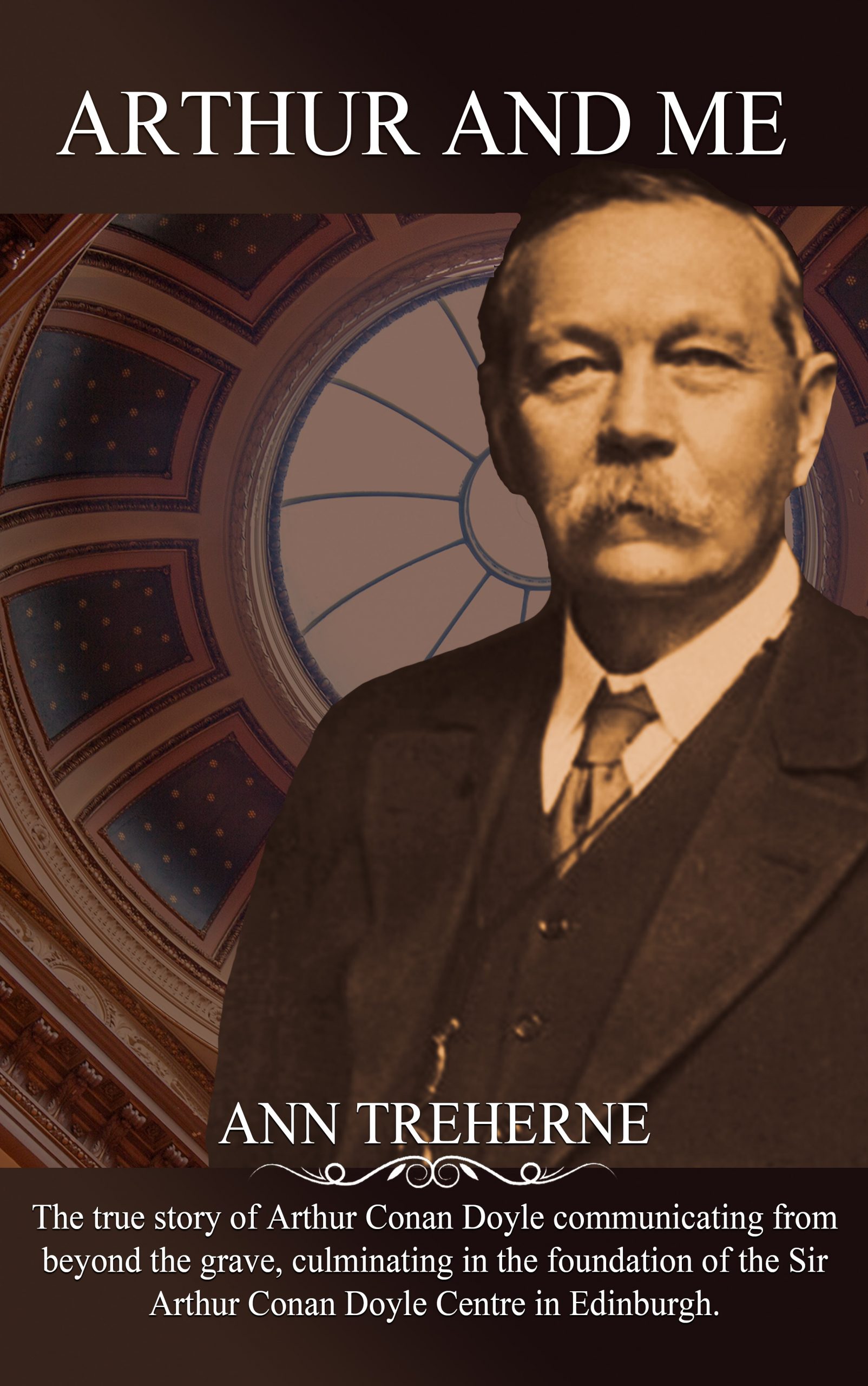 Ann Treherne, Chair of the Sir Arthur Conan Doyle Centre, has just published her first book, Arthur and Me which tells the Centre’s origin story.

Arthur and Me documents how Sir Arthur Conan Doyle communicating from beyond the grave led to the founding of the centre.

The book has been given the accolade of a foreword written by Prof Chris Roe, President of The Society for Psychical Research, London and Professor of Psychology, University of Northampton.

Arthur and Me takes us back to Ann’s earlier career in banking. Back then she seemed amongst the least likely to believe in paranormal phenomena. But as she describes frankly in this book, she was confronted by a profound personal experience – a traumatic premonition. Struggling to make sense of her experience and harbouring guilt from not acting on her vision, Ann embarked on a journey. A journey of investigation and exploration into the strange world of the paranormal.

The book is for sale on Amazon at £8.99 and more info can be found on the centre’s website

Today, The Sir Arthur Conan Doyle Centre in Edinburgh is a centre for wellbeing and spiritual events. People from all over the world come to connect to their inner self and the universe beyond through various practices. The centre hosts activities for all paths of life including yoga, tarot, crystal healing, meditations, soul retreats, talks and more.

Situated in Edinburgh’s West End, a beautiful Victorian townhouse rich in history, it is now a holistic Centre for the spiritual, physical, and mental wellbeing of society.

Named in honour of Sir Arthur Conan Doyle after his many years dedicated to the study and practice of Spiritualism, the Centre continues his legacy of opening the world of spirituality to everyone.