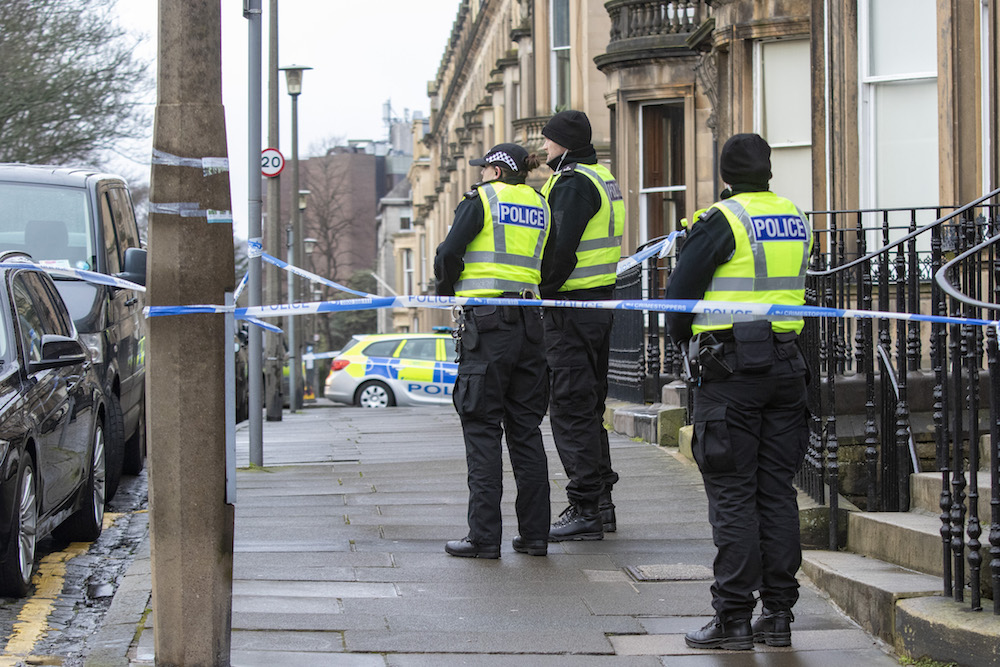 A police investigation is underway in Edinburgh after a man was found injured on Learmonth Terrace, shortly before 10.00am this morning.

Several police cars and ambulances responded to the incident and the street has been cordoned off to allow for a forensic examination of the scene.

The man was taken to hospital by ambulance, but the extent of his injuries are not known at this time.

A Police Scotland spokeswoman said: “We attended Learmonth Terrace in Edinburgh at 9.50am after receiving a report of a man found injured.

“He has been taken to hospital and enquiries are ongoing to establish the circumstances.”