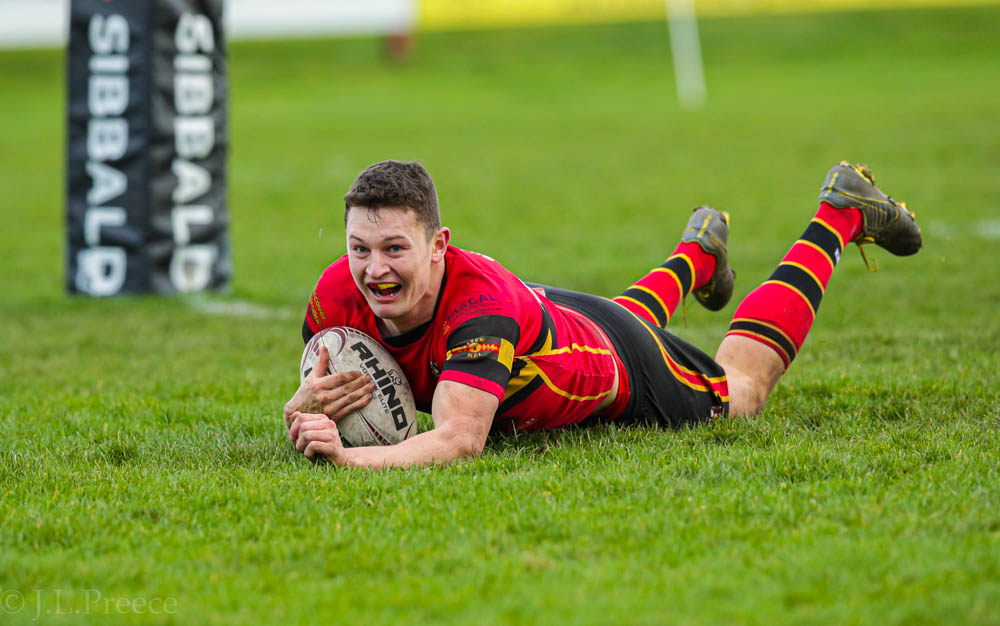 It was Quarter-final day at Inverleith at the weekend as Stewart’s Melville and Preston Lodge squared up for their encounter at Inverleith, with the winners progressing through to a semi-final against Lasswade, who had beaten Peebles 26-17 the previous week.

Cup games certainly seem to take on a life of their own. There were a few changes to the Stewart’s Melville squad, partially due to unavailability and injuries, but credit must go to the players, particularly from the Development 15, who stepped up to the mark on Saturday and did Stewart’s Melville and themselves proud.

Particular mention goes to Jack Pennell on his try scoring debut. The number 20 (Stew Mel’s Director Of Rugby Nick McCashin) was also decent – perhaps he should be given another opportunity!

As the old cliché goes, it was a game of two halves. Preston Lodge started strongly and were completely dominant for most of the first half, racking up a 0-22 lead at the end of the first 40 minutes. The gulf between the two teams appeared to be as clear as the dry, blustery day…

PL’s big forwards showed their power in the loose and set piece, giving their back line plenty of opportunities to attack. Most impressive were their numbers 12 and 13 who ran the show effectively. Unfortunately, this was aided and abetted by two consecutive yellow cards to Stew Mel, resulting in 13 versus 15 for a period.

It was to be somewhat of a relief when the whistle blew at the end of the first half, the question being, “Was a comeback possible at this stage?”. However, where a knock-out tournament is concerned, almost anything is possible…

As the second half got underway it was almost as if a different Stewart’s Melville team had taken to the pitch. The squad was larger for Cup matches, but, up until that stage, there had been few changes apart from those necessitated by injury. Right from the start there was a sense of urgency and togetherness, blended a team spirit reminiscent of what had been witnessed in recent matches.

The pressure came and then a sublime drop goal by Charlie Simmonds put three points on the board. That was just the beginning! The turning point thereafter was Doug Randall, in another Man of the Match display, getting the first try of the afternoon and, from then on, more scores came, along with the lead at 25-22.

With just over 10 minutes remaining, Preston Lodge regained the lead, following sustained pressure, with a converted try under the sticks for 25-29, but, with a couple of minutes left, the winning try for the home side came courtesy of Jamie McGurk, subsequently converted, to leave the final score at Stewart’s Melville 34 Preston Lodge 29.

It was entertaining afternoon of Cup rugby, with some scintillating tries from both sides. And, whilst the league may be the focus, certainly for Stew Mel, it is testament to the hard work players and staff to still be in the Cup competition and to perpetuate that winning mentality.

Next up in the Cup is the semi-final visit to Lasswade on 28th March. Rather ironically, Stew Mel’s next league encounter is with Preston Lodge at Inverleith on 15th February.

Images from the match are available to view here.