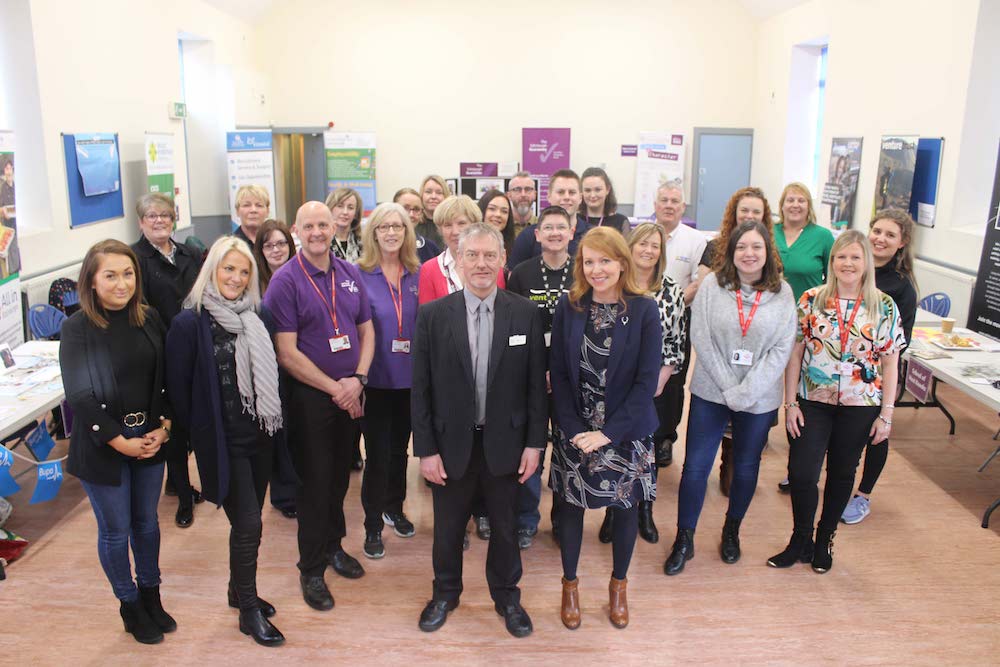 ASH DENHAM THANKS THOSE WHO ATTENDED JOBS FAIR IN GILMERTON

On the last Friday of January, job seekers in the Gilmerton area met some of the city’s biggest employers at a Jobs Fair hosted by Edinburgh Eastern MSP Ash Denham.

The event was co-organised alongside Jobcentre Plus, and attracted employers such as Edinburgh Airport, FUSE Recruitment, BUPA and The City of Edinburgh Council, who were able to discuss job opportunities directly with members of the public who attended the fair.

Among the 14 tables, there were also a number of support organisations including the Prince’s Trust and the Venture Trust who offer help into employment through training programmes and support with cv-writing and developing interview skills.

Ms. Denham said: “The Jobs Fair was a real success and surpassed the attendance expectations of Jobcentre Plus and I would like to thank them, the employers, employment support organisations and constituents who attended.
“It was pleasing to see so many members of the public attend ready with a CV and being offered a job interview on the day while many were also able to sign up to an employment support programme which will enable them to apply for job vacancies in the future.
“As the local MSP for Edinburgh Eastern I want to do all I can to support constituents who are looking for work, and the success of this fair means I will aim to put other similar events on in other parts of the constituency.”

David Wise, Employer Adviser at Jobcentre Plus, added: “This was a very successful event, enjoyed by employers, support organisations and local residents. I would like to thank Ash for arranging this event, her team for all their efforts in organising it, and all those who attended for their participation.
“We hope this event has helped local people to gain new skills, opportunities and jobs and we look forward to working on similar events with Ash and her team in the future.”