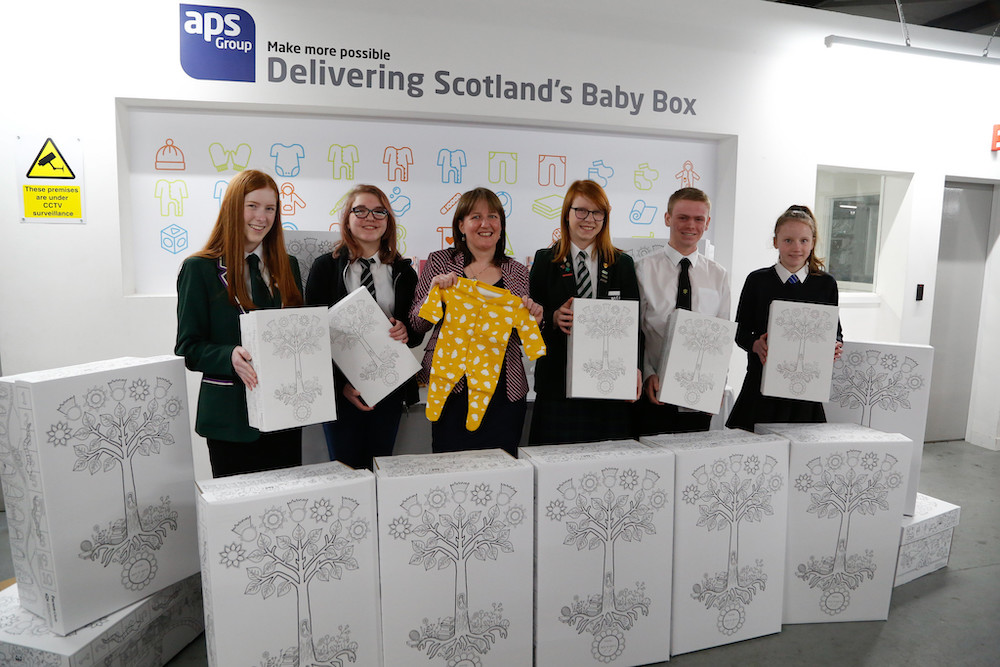 In the last year The Scottish Government has delivered 45,000 baby boxes to parents in Scotland, and 7,845 of those were distributed in the NHS Lothian area.

Most of those were delivered in Greater Glasgow and Clyde with 11,258 boxes sent to new parents there, and the lowest number was in the Wester Isles where only 174 boxes were sent out.

96% of expectant parents welcome the opportunity of getting a Baby Box and the latest survey shows a 100% satisfaction rate.

While the box itself can be used as a safe sleeping space for a time with the mattress supplied, other things in the box include a digital ear thermometer, clothes and a blanket. The new design on the boxes themselves was undertaken by a team of children and young people who decided to include landmarks like Ben Nevis, Glenfinnan Viaduct and Edinburgh Castle.

Children’s Minister Maree Todd said: “I would like to thank everyone involved – from organisations providing items, to box packers, to the health workers delivering the boxes – for making sure every child gets the best start in life.

“We now have 96% of expectant parents requesting a Baby Box, a big rise on the 85% when they were first launched in 2017. In total we have now delivered more than 115,000 boxes to families across Scotland which is a huge vote of confidence.

“The Baby Box provides essential products for families and babies and can bring much-needed comfort to those who might not have family or friends around to shower their little one with gifts when they arrive, especially over Christmas and New Year.”