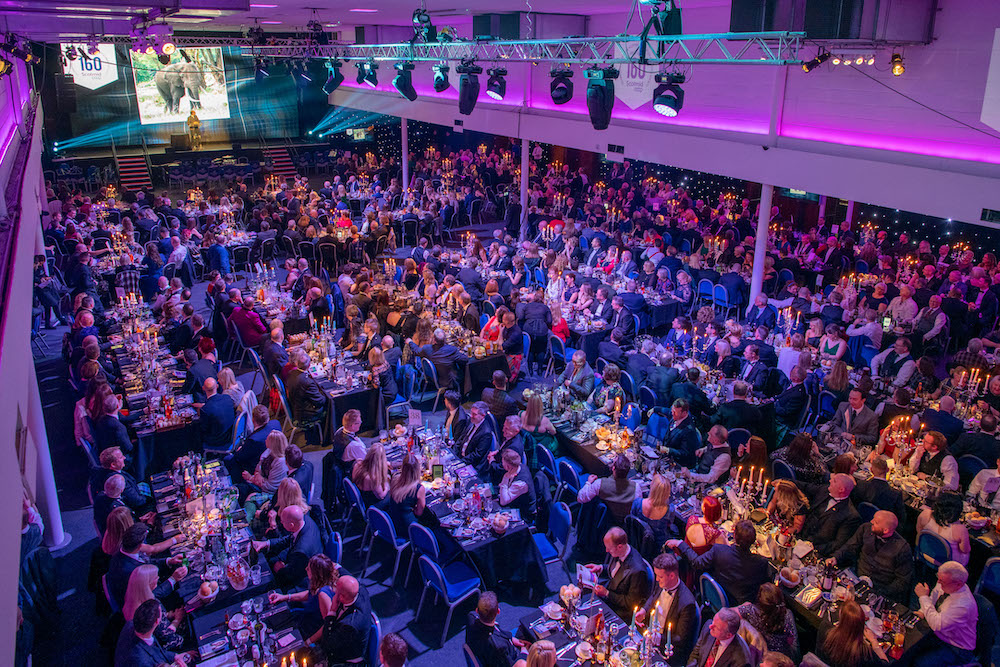 Last night at the Edinburgh Corn Exchange Scotmid celebrated their 160th anniversary with the world’s largest Burns Supper ever.

926 people ate haggis, neeps and tatties at the event hosted by Fred Macaulay. Hugh Farrell, Chairman of the Friends of Robert Burns Birthplace Museum addressed the haggis and also toasted the Immortal Memory. The Toast to the Lassies was given by Mark Cox who plays Tam from Still Game and the response was made by Jane McCarry who plays Isa in the TV smash. Tam O’Shanter was delivered by Fergus Muirhead. The Preston Lodge High School Pipe Band piped the guests in and entertained during the evening.

Scotmid CEO John Brodie said: “It was absolutely fantastic that as part of our 160th anniversary celebrations we also managed to make history by breaking the Guinness World Records title for the largest ever Burns Supper.

“Our Burns Supper was truly unforgettable; it was great to see so many friends and colleagues joining together to be part of such a memorable achievement – the largest Burns Supper of all-time.

Scotmid President Harry Cairney, who wore the specially commissioned Scotmid tartan said: “Thanks to everybody who contributed to this record-breaking feat – it was a real team effort and that has been a recurring theme throughout our 160 years serving Scottish communities and improving people’s everyday lives.”

The event will now go into the Guinness World Records beating the previous record of 645 getting together in Glasgow in 2015.