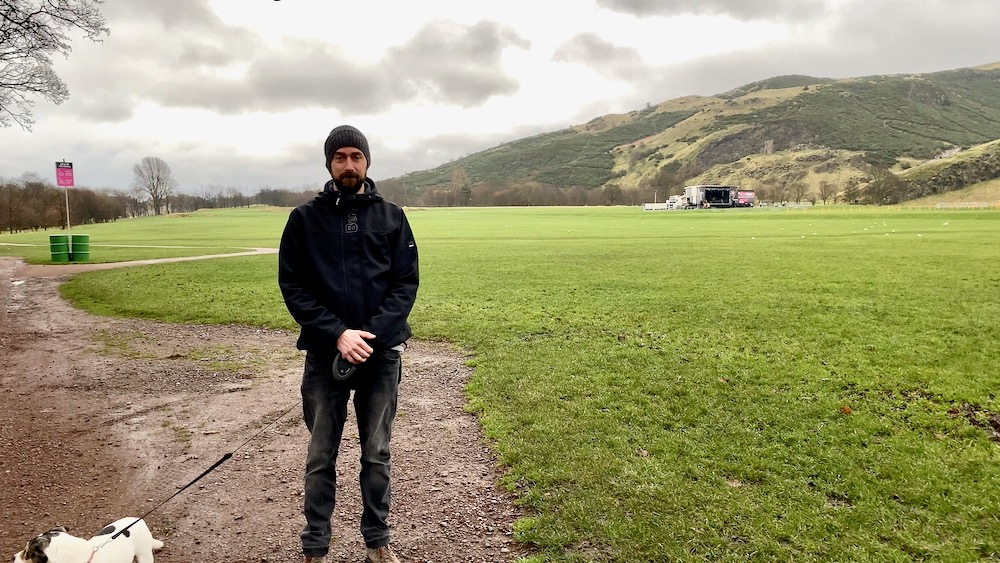 While the city centre events in summer and winter are a big draw for many people living in Edinburgh, there are some who are impacted more than most. The people who live near to big events have to work around road closures and extra noise from time to time.

This is well known to all the event organisers who bring world class entertainment to Edinburgh both in summer and winter. It was mentioned at press calls in the days leading up to the Christmas and Hogmanay events by representatives from Underbelly and by the Culture Convener Cllr Donald Wilson. It will form a central part of the consultation on Winter Festivals which will begin in 2020 following Cllr Wilson’s call for a public consultation. (see the emergency motion copied below)

The draft Edinburgh Tourism strategy allowing residents to offer their views has just closed so the topic of tourism and festivals is getting some airtime.

We spoke to one local resident during this last week who explained to us the problems he and his neighbours encounter with the management of Holyrood Park. Paolo Drusi met us just ahead of the Torchlight Procession which ended in the park on 30 December 2019. He lives on Milton Street where there is a very handy entrance into the park, but he explained that it is now a problem that Historic Environment Scotland who manage the park are organising more and more events there.

Mr Drusi said : “I’ve been living here for 17 years, and over the years have seen an increased amount of events taking place here in the parade ground the flat grassy bit behind Holyrood Palace, which is right outside our windows.

“And the events take place mainly over the weekends which is when people are supposed to have a little rest and they start also doing sound checks very early in the morning as early as 6.00am – very loud with big PA systems.

“So we started to have a real issue because of the increased number. If it was like one off, or I don’t know six events a year, we would be absolutely fine. But they started to be more than every weekend. In 2017, according to an email by Historic Scotland, there have been 58 events. And I like to remind people that that there are only 52 weeks in a year – so more than one a week.

“It’s all kinds of events and I like to stress the fact that the local residents are absolutely not against the events themselves. We just believe that they should be organised, keeping in mind that the fact that there is a quite a high number of people living here. There are lots of sports events. The Kiltwalk, the Moonwalk  – there are plenty of things.”

On 30 December 2019 the Torchlight Procession ended in Holyrood Park. Around 20,000 people carried torches to the park in a river of fire down the Royal Mile to the park where there was musical entertainment. From the literature that Mr Drusi showed us there was an undertaking from Underbelly that the dismantling of the stage ‘would finish by midnight’. HES said in correspondence to him that it would be dismantled by 1.00am, but according to Mr Drusi the process was still ongoing after 1.30am.

The event itself had finished around 9.00pm with any announcements over the PA due to end at 9.30pm. A press release from Underbelly said ahead of the event : “The event’s house band, The Torches, and guest artists Clanadonia will then take to the stage in Holyrood Park to entertain everybody until the event comes to a finish with sparkling fireworks lifting from Calton Hill at 9pm.”

Mr Drusi said that last year, the dismantling of the stage finished around 2:50am. He said : “And it’s a big heavy structure with a lot of metal poles that are going to get banged and moved around. And the noise was really loud.

Although the intention was that Underbelly would contact local residents, Mr Drusi asserts that he and his neighbours did not receive any. He explained that he and some of his neighbours picked up the leaflet from the Rangers educational centre nearby. A spokesperson for Underbelly said to us they had sent a mailshot to 6,000 households local to the event and the road closures.

So one problem is the noise issue. The council confirmed to us that complaints about noise out of hours should go to the council contact centre Telephone 0131 200 2000 to be further directed.

The other matter of disposal of the torches has been addressed by HES who provide ‘dip and tip’ bins for the torches in the park. We witnessed many people within the park handing over their almost expired torches to stewards at the side of the route for disposal. HES has also said they will ‘engage with members of the community before the end of March 2020’.

Mr Drusi said that he has contacted the council on several occasions to be told that they ‘don’t have any jurisdiction on the park because it’s a royal park. And the only role that the council can have on the whole organisation of the events is just as consultants.’

He has also been in correspondence with Historic Environment Scotland who manage the events. He suggests that they could still do more. He said : “Their response is very disappointing because they are keep telling us that they are doing all they can. But it’s been years and years that the issues especially with the loud noise,  keep occurring, so they’re really not addressing the problem.”

You can listen to our conversation with Paolo here :

A couple of things have improved as the stage has been moved into slightly more distant location away from the houses, lorries are no longer loaded and unloaded literally right outside the windows of the properties in Milton Street. It now takes place in the car park, just over by Holyrood Palace.

HES confirmed to Mr Drusi that after 1.00am “All other work ie removal of barrier and trackway will be postponed until 10:00 on 31 December to minimise disruption to residents from associated noise. Work will be complete by 18:00.”

Mr Drusi commented : “Well, I can see that they are trying to make an effort also to keep the levels down. But we had the issue with the end of the climate walk climate demo, which ended up here in the park. And basically they loaded the two massive speakers on cranes pointing straight at the houses and to do the soundcheck they played the whole album of a local rock band for the whole morning. So you can imagine that as I work from home I couldn’t make a phone call. I couldn’t do anything. I couldn’t listen to the radio.” HES admitted to him in correspondence that the PA arrangements for that event were not in keeping with their guidance.

Mr Drusi keeps the discussion with HES going to try and resolve the issues, and has shared with us the many emails he and other neighbours have written to the park management body.

Mr Drusi said : “Our suggestion is very simple. If you allow event organisers to have PA systems very powerful usually PA systems, you need to make sure that there are very clear guidelines, about the level of noise about the direction of the speakers about the management of the people. And every time that there is an event, especially large scale event,  there is a whole chaos of road closure, parking issues. So these events, increase off the scale and the number of events is also impacting the local community from that point of view.

“Luckily, we have the involvement of our local MP, Tommy Sheppard, who sent a letter to the head of Historic Scotland, saying that high level of noise at unsociable hours should be avoided at any cost. In a way, I really appreciate his involvement, but I feel that there is much more to do because it is not just about the range of hours that the events operate, but it’s also about the level of noise that they generate.”

You can read the letter which Tommy Sheppard wrote to Historic Environment Scotland here. We asked for some information and comment from HES but although we were promised a response, it has not yet been forthcoming, probably due to holidays.

So what happened on 30 December 2019? We asked Mr Drusi to let us know. HES had said they would check the noise levels in the park during the soundcheck to ensure it remained below 65 decibels.

He said afterwards : “I have evidence that, during the duration of the whole event, the noise levels inside my flat have been consistently in the range of 75-85Db, with peaks of over 95Db. This has been measured with a calibrated decibel meter. No need to say that the noise level generated by the event have been unacceptable, concern shared by many residents in the area.

“it is clearly not an effective practice, and it does not offer any valid solution, to measure the noise levels only during the sound check. The noise levels must be monitored during the event, and prompt action must be taken if they surpass the established limit.”