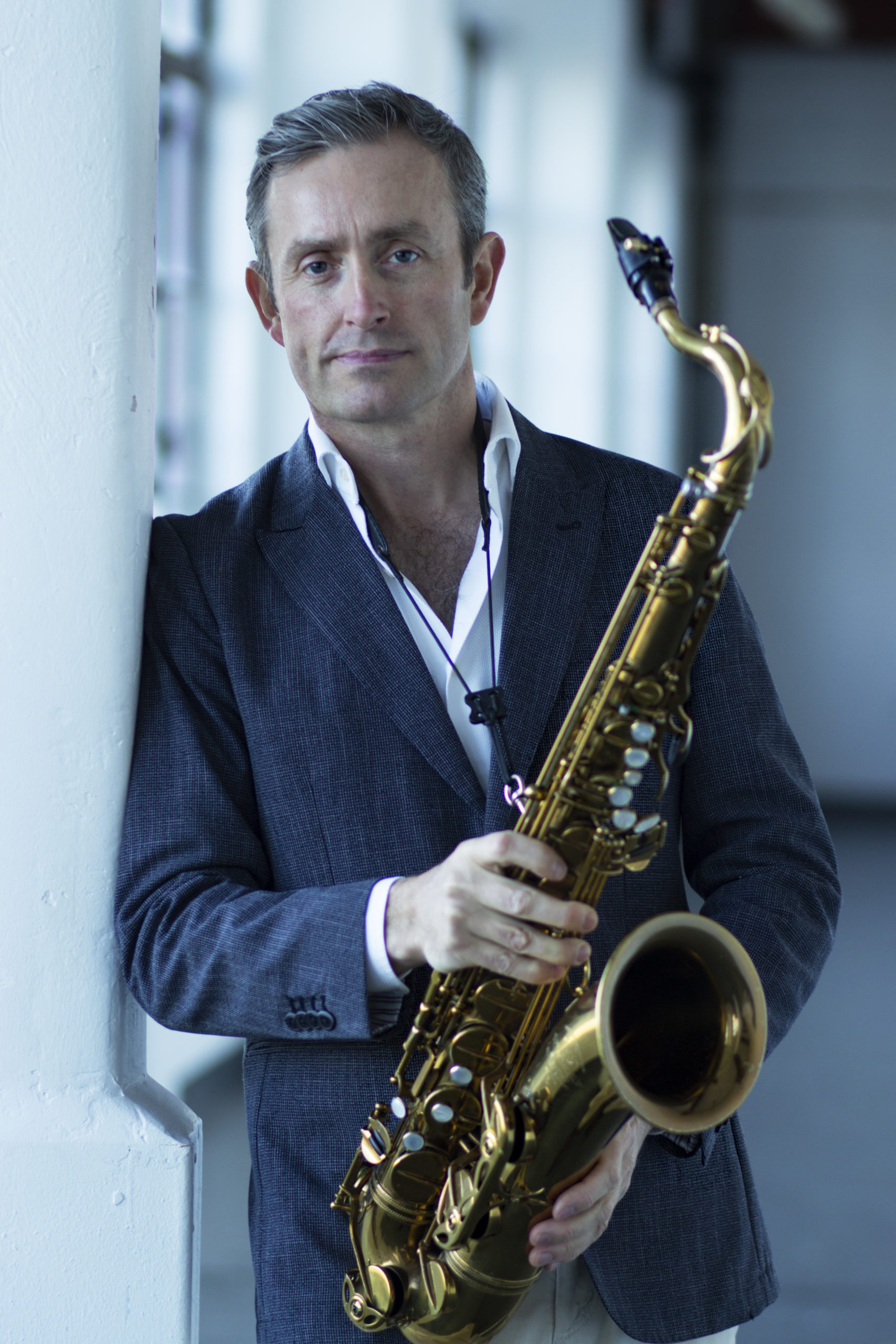 Saxophonist Tommy Smith completes his concert series as part of the Queen’s Hall’s 40th anniversary celebrations on Thursday 19th December with the performance that will make him the most nervous as well as the most excited of the four concerts.

Smith, who received his OBE from Her Majesty the Queen at Holyrood Palace in July after being recognised for services to education and jazz in the New Year Honours, will be opening the concert with a solo saxophone set before handing over to the Tommy Smith Youth Jazz Orchestra All-Stars for the second half.

Smith said : “Playing solo is probably the biggest challenge I’ve given myself, with the possible exception of the album I wrote for and performed with the BBC Scottish Symphony Orchestra in 2016, Modern Jacobite.

“I love playing and working with the acoustics to hear where the natural sound in a room will suggest the music should go. But at the same time, it’s the most
exposed you can be as a musician and that can be a bit scary.”

The musician knows the Queen’s Hall well, having played in the venue many, many times with his own groups and with the Scottish National Jazz Orchestra. His relationship with the hall goes back to his teenage years and local jazz fans with long memories can remember the concert Smith played with his former boss, vibes virtuoso Gary Burton, and the great jazz pianist Chick Corea to celebrate Smith’s 21st Birthday.

His youth jazz orchestra is four years short of that milestone but it has produced innumerable musicians who have gone on to great things in their own careers. Some, including saxophonists Helena Kay and Rachael Cohen, are so busy that they have had to decline Smith’s invitation to return as part of the All-Stars.

There are so many former players who fit the All-Stars description, however, that Smith has had no problem filling the ensemble’s seventeen chairs with high calibre musicians. Saxophonist Ru Pattison, who went on to win the Young Scottish Jazz Musician of the Year title in 2011 before moving to New York; pianist Peter Johnstone, another former Young Scottish Jazz Musician of the Year who now plays in Smith’s own quartet; and drummer Stephen Henderson, whose current workload includes the recent Album of the Year winner at the Parliamentary Jazz Awards, pianist Fergus McCreadie’s trio, will all be on stage on the 19th.

For Smith, who will be effectively playing support to his protegés, the evening will be a tribute to the current generation of jazz musicians that has grown up in Scotland.

Tommy said : “Eight of the All-Stars are currently members of the Scottish National Jazz Orchestra and there are others, including Matt Carmichael who is a better saxophonist in his early twenties than I was at the same age, who are knocking on the SNJO’s door.

“Scotland can be proud of its jazz scene, where there are so many incredibly able musicians making an impression on audiences nationally and internationally, and the concert will be a great showcase for these young talents.” 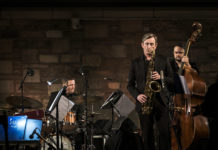 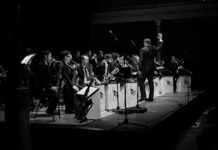 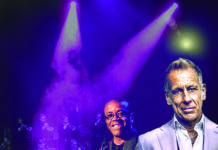