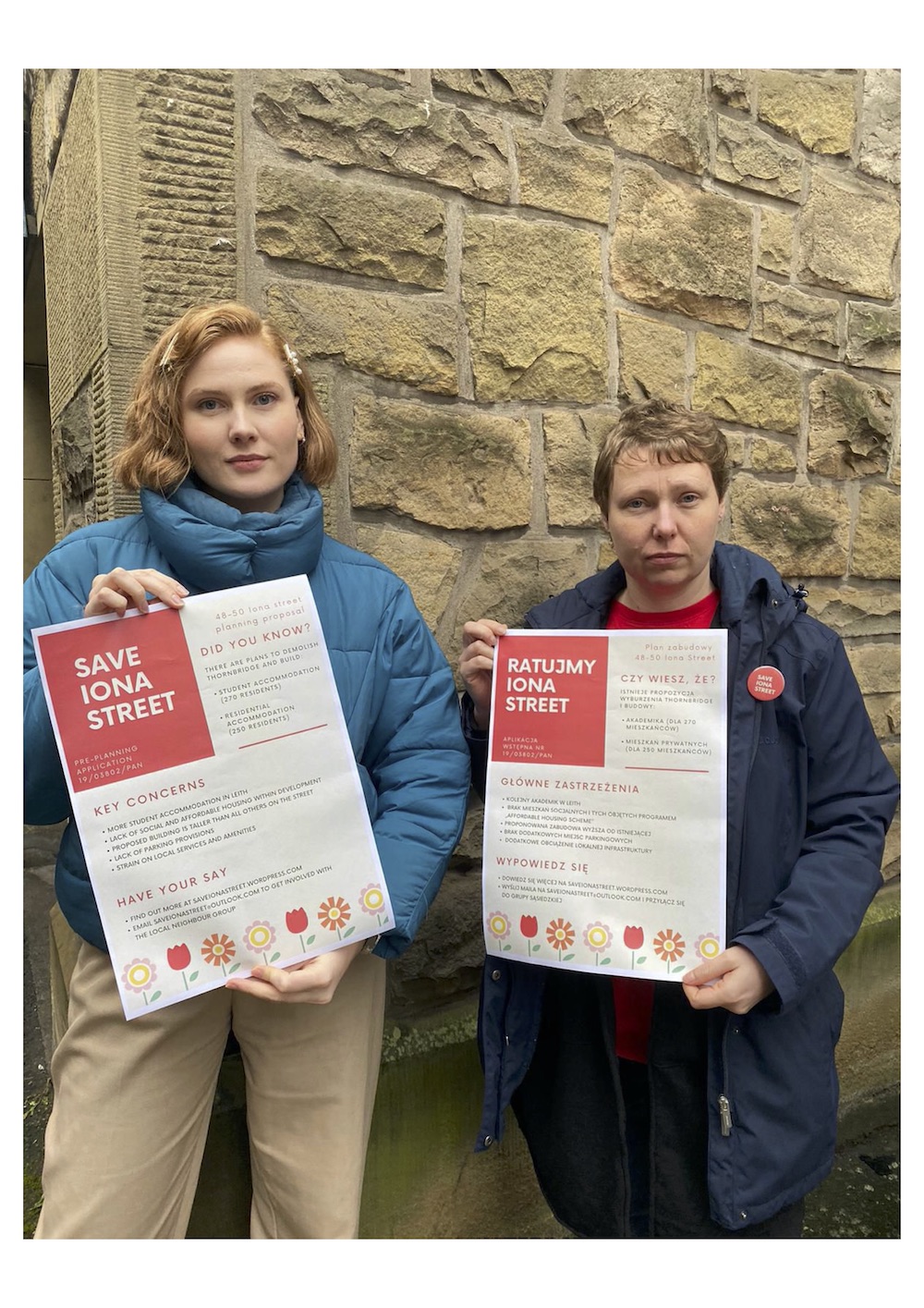 A new community campaign has been launched by residents concerned about plans to build another block of student flats in Leith.

A pre-application by Manson Architects and Planners proposes demolition of Thornbridge timber mill on Iona Street to build a 6-storey development for 500 people across student accommodation and residential flats. Formal plans are due to be lodged before Christmas, after which, residents have three weeks to submit objections via the official City of Edinburgh Council planning portal.

Save Iona Street has been formed by residents of Buchanan Street, Albert Street, Sloan Street and Iona Street who are concerned that only 12.5% of accommodation in the proposed building would be given to ‘affordable housing’. They say the building would dwarf nearby two-storey properties and pile pressure on already oversubscribed local NHS services, schools and parking.

The campaign comes amid wider concerns that student housing schemes are threatening the character and affordability of Leith.

A spokesperson for the residents said: “Our hope is that the developers will listen to the community and change their plans accordingly, ideally to a smaller development that complements the existing atmosphere of the local area and has adequate provisions built-in.

“There are already 10 developed or proposed dedicated student accommodations within half a mile of Iona Street. We believe the community needs mixed-housing that welcomes everyone and prioritises affordable and social housing.”

Ben Macpherson, MSP Edinburgh Northern and Leith, said: “I understand why my constituents on Iona Street are concerned about the height of this proposed development, and the detrimental impact that this could have on daylight coming into existing flats. I have raised this issue in particular with the developers and urge them to respond to residents’ concerns.

“The plans for this proposed development will go through City of Edinburgh Council’s planning process. People in Leith, rightly, have strong opinions about the development of their urban environment. That’s why I was glad to help pass the new Planning Act earlier this year, which will better empower communities through increased consultation. In the near future, residents will have greater influence at the earliest stages of planning. In the meantime, I urge developers to respond to the views of residents and to work together with communities to deliver good development that reflects local needs and aspirations.”