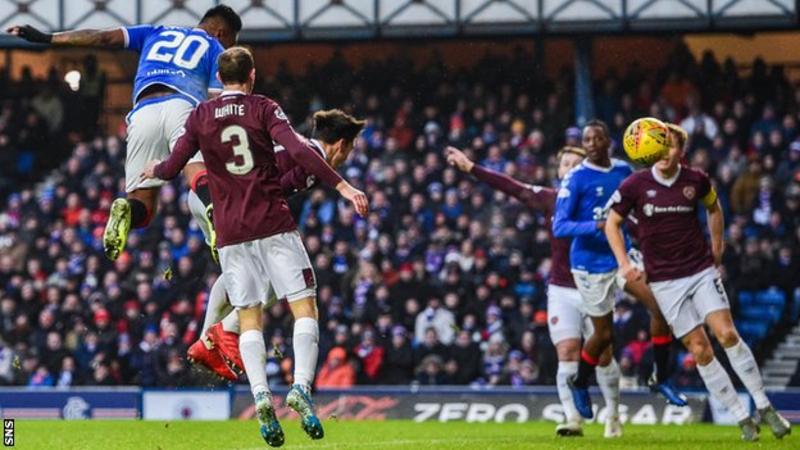 The outcome of this afternoon’s Ladbrokes Premiership encounter between Hearts and Rangers at Ibrox was all too predictable as the Jambos recent dismal record in Glasgow continued.

Hearts caretaker manager Austin MacPhee welcomed back centre half Craig Halkett after seven weeks out because of injury. However, Hearts injury jinx was lurking nearby, and defender Michael Smith was ruled out due to illness while Clevid Dikamona was also posted absent.  21-year-old Jamie Brandon slotted in at right back.

As is the norm these days Hearts began tentatively at Ibrox – despite MacPhee’s pre-match assertion that his team would look to repeat the performance of nearly two years ago when they hammered Celtic 4-0 – and were behind after just 11 minutes. Morelos headed home Barisic’s cross and the home side were on their way.

Hearts looked shorn of confidence and it was no surprise when Rangers doubled their lead eight minutes before half-time when Kent fired home from eight yards.

The visitors did have a chance but Uche Ikpeazu fired wide and that was as close as they got to scoring. The game ended as a contest – in truth it had barely begun – in the 64th minute when Hearts captain Christophe Berra turned a Tavernier cross into his own goal for Rangers third.

If the sight of Rangers taking off top scorer Morelos was an indication the Ibrox side were about take their foot off the gas this was cruelly dispelled in the closing ten minutes. Substitute Stewart scored twice with close range finishes to complete yet another dismal day for Hearts in Glasgow.

If anyone in the Tynecastle hierarchy still thinks Hearts aren’t in a relegation fight then they are sadly mistaken. It’s been more than four weeks since Craig Levein was dismissed as manager and the club have still to appoint his successor. Another loss at home to Livingston on Wednesday night may well see the fans turn on Ann Budge and her board of directors.