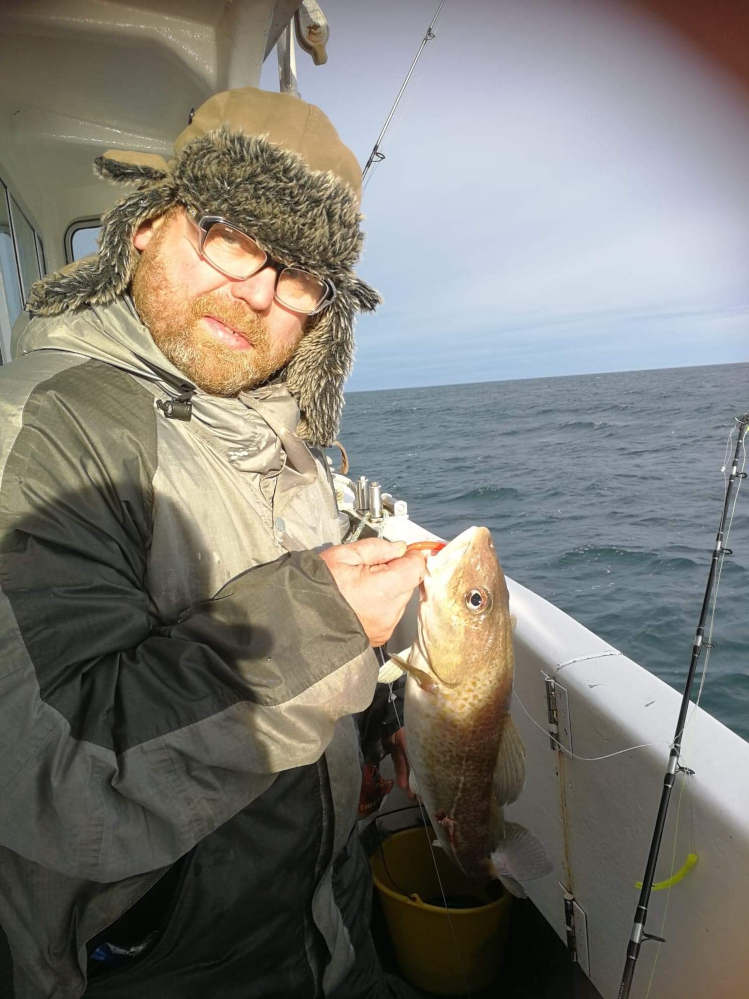 It is Christmas Hamper time for the boys from the Bass Rock Sea Angling League on Wednesday (December 18).

A host of goodies goes to the best bag winner and the venue is North Berwick.

Anglers can fish anywhere between Anchor Green and The Horseshoe and registration is at North Berwick Harbour at 6.30pm.

Fishing is from 7pm to 10pm and weigh-in is sized fish only.

Craig Ogilvie, the club’s chairman, said that in order to enter the Christmas Hamper event anglers must have fished a minimum of two events this season.

Jamie McHale (Gifford) won Match Nine in the Winter Series which was a Rover event from Whitekirk.

The heaviest fish was 1lb 6oz and the heaviest bag 2lb 15oz and 14 anglers took part with competitors weighing in with coddling and flounders.

Meanwhile, Derek Anderson of Aquamarine Charters reported that his boat has been out again after a spell of indifferent weather.

And our picture shows a cod which was among the fish hooked on an Aquamarine boat off Eyemouth.