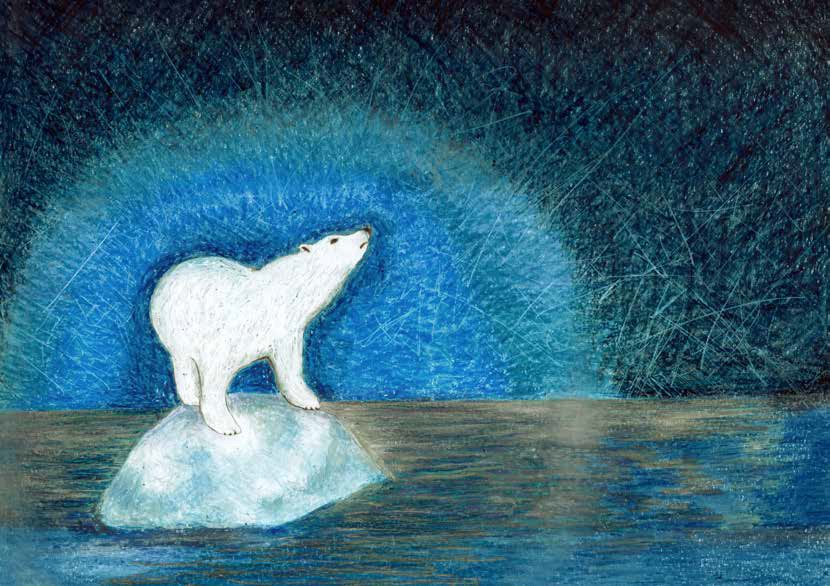 The First Minister has chosen a Christmas card designed by Annie Lennox OBE this year.

The drawing depicts a polar bear on an iceberg highlighting the impact of global warming. This is an original piece created by the Aberdonian musician who is an accomplished artist as well as being named as one of the 100 greatest singers of all time by Rolling Stone magazine.

The original image will be auctioned next year with the proceeds going to three charities – The Glasgow and Clyde Rape Crisis Centre, the Marine Conservation Society and the Friends of Victoria and Whyteman’s Brae Hospitals.

First Minister Nicola Sturgeon said: “I am thrilled to have such a beautiful and eye-catching picture for my Christmas card this year. Annie Lennox has done a fantastic job at making the card feel festive while also reinforcing an extremely important message which is relevant all year round.

“We must continue to live up to our responsibility to tackle the global climate emergency, it is not too late to turn things around but to do so will require transformative, collective change.

“Christmas is a time for giving and what better gift can we give future generations than a better world? That is why we have committed to end our contribution to climate change completely within a generation.”

Ms Lennox said: “I’m absolutely delighted and honoured to have been invited to design the 2019 Christmas card for Scotland’s First Minister.

“Climate Emergency is the most prescient issue for the sustainability of our planet so I wanted to use the image of a stranded polar bear balancing upon a melting glacier.

“While the drawing looks to all intents and purposes like a classic children’s storybook illustration, this is actually what’s taking place in the real world. Perilously so. Lots of human beings still don’t believe in Global Warming, but they believe in Santa Claus.

“I’m most heartened that Scotland’s First Minister fully endorses the messaging behind her Christmas card for 2019.”