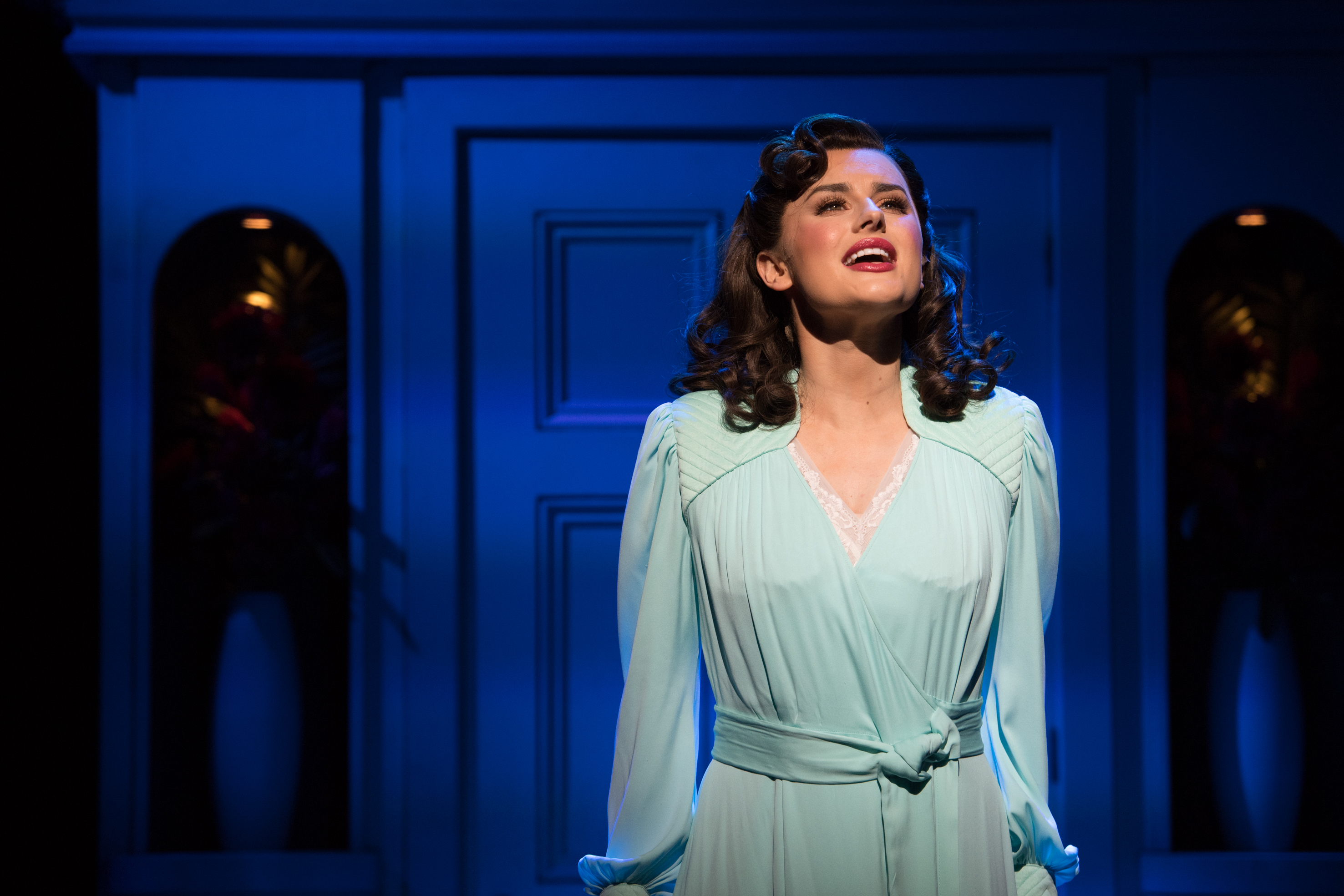 My first thoughts about 9 to 5 The Musical were – would the story be dated somewhat? The musical is based on the 1980 film of the same name with music and lyrics by country music legend Dolly Parton. The show has arrived at the Edinburgh Playhouse this week and while I have never seen the film there were many at the Playhouse on Tuesday evening who clearly had. And my concerns about the story being dated proved unfounded – some of the workplace issues highlighted remain today (equal pay at the BBC, anyone?)

9 to 5 The Musical tells the story of three work colleagues – Doralee, Violet and Judy – played by Georgina Castle, Laura Tyrer and Amber Davies. The part of Violet was billed to be played by Louise Redknapp, formerly of 1990s pop band Eternal and who has since forged a successful solo singing career. Unfortunately, Ms Redknapp was unable to take part in Tuesday evening’s opening performance but her understudy, Laura Tyrer, was a very impressive stand-in.

The three workmates are pushed to boiling point by their sexist and egotistical boss Franklin Hart Junior, brilliantly played by Sean Needham. I know he was meant to be the villain of the piece but there was something comically alluring about him – and how many stage performers can get away with flicking the V-sign to the audience only to receive a standing ovation moments later?

The show is set in the same 1980s era as the film and to those of us who remember working in the early part of the decade the sexist comments, sexual innuendo and crass behaviour of the man in charge is all too familiar.

However, Doralee, Violet and Judy concoct a cunning plan to turn the tables on their despicable supervisor by kidnapping him and holding him hostage in his own house. Meantime, the women manage to reform their office – but events threaten to unravel when the CEO pays an unexpected visit…

9 to 5 the musical is written by Patricia Resnick, with music and lyrics by Dolly Parton. Directed by Jeff Calhoun, the superb choreography is by Lisa Stevens and impressive design by Tom Rogers. Musical direction is by Andrew Hilton and casting by Victoria Roe.

With an Oscar, Grammy and Tony award-nominated score by Dolly Parton, 9 to 5 will appeal to many. The songs are upbeat but powerful but, for me, the comedy on display was quite superb. Speaking as someone who has worked in the HR profession, the subject of sexism in the workplace is a difficult one but it’s a testament to the writer, director and very talented cast that 9 to 5 can take such a serious issue and turn it into a show which is hugely enjoyable.

9 to 5 The Musical is on at the Edinburgh Playhouse until Saturday 16th November 2019.