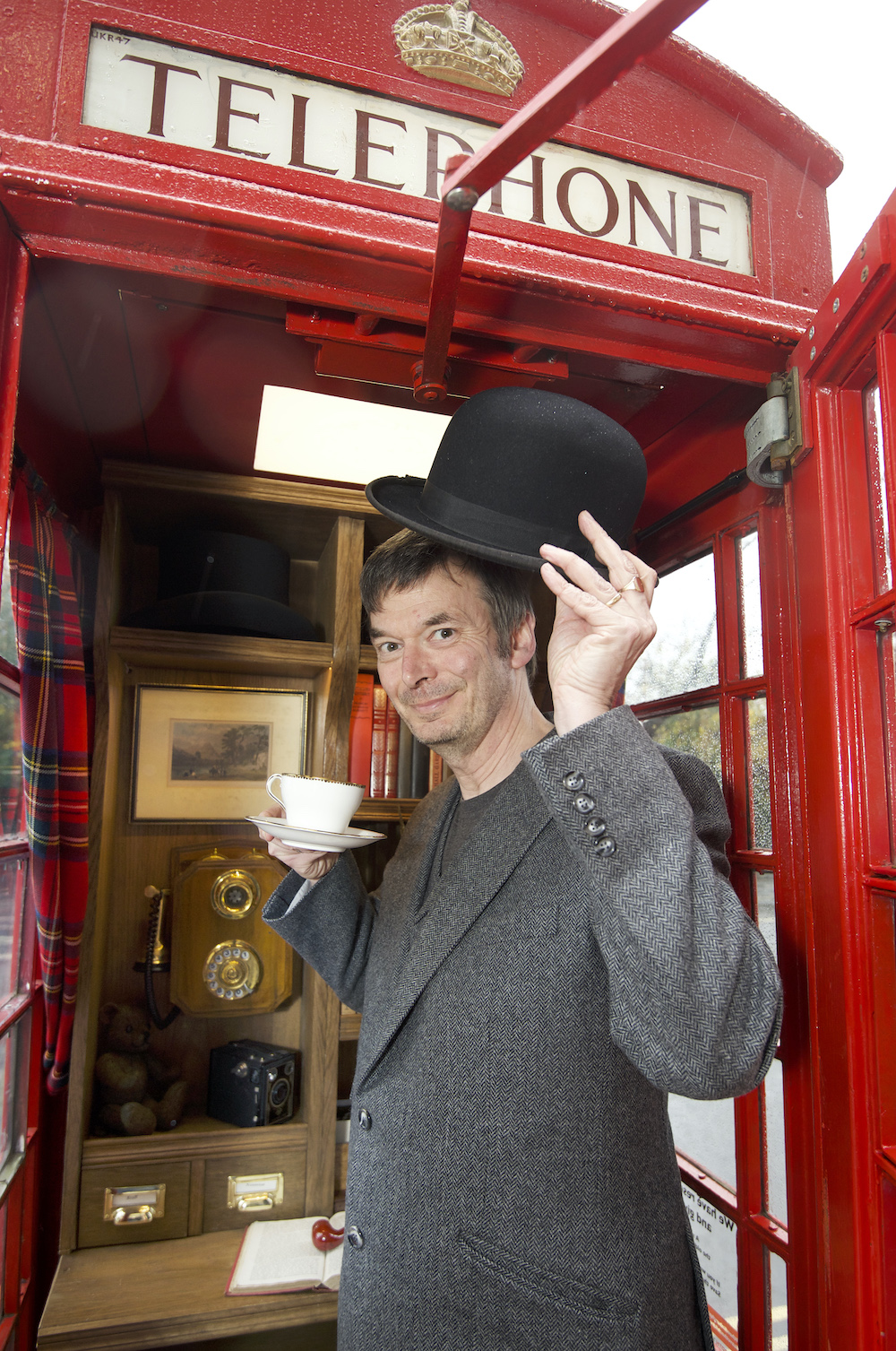 The old-fashioned red phone box is run and maintained by bespoke tailors Stewart Christie & Co. It has been decked out in traditional tiling and bespoke features and contains hats, pipes and tweeds for dressing up.

Visitors to Gilbert make a donation to Save the Children in exchange for the key, held at neighbouring Stewart Christie. They then get into the box to take selfies in traditional garb.

Save the Children paid the total sum of £1 to buy Gilbert, as part of the BT adopt a kiosk scheme, which was then sub-let by Stewart Christie Tailors who fitted it out and who will maintain it on behalf of the charity.

The interior was designed by Daniel Fearn co-owner of Stewart Christie and then handcrafted by his father Frederick.

“Alas, with the modern age, poor Gilbert had no more use. We have rescued this very special box and have given him a new purpose. A secret key is held at Stewart Christie, the oldest tailors in Scotland, and if you want to step inside his heart, you can ask permission and have a moment to step back in time whilst capturing it on a future device.

“It’s a real privilege to be the proud owner of Gilbert. It’s been a real labour of love for us and we wanted to make it as appealing and as fun as possible. We feel it has real quirk appeal and we can’t believe how many visitors have already used the phone box for selfies and how much the total is really totting up for Save the Children.”

Susie Barron, Save the Children’s Community Engagement Manager in Scotland said:“We’re so excited about our phone box fundraiser, we get so many people doing interesting ventures to raise money for Save the Children, but this is surely the most innovative. We hope our Gilbert will become a destination for people visiting Edinburgh, it really is spectacular inside and who doesn’t want a picture in a top hat?!”

Gilbert the Phone Box is located at 63 Queen Street and the key is available for a donation of £3 to Save the Children at Stewart Christie & Co Tailors 63 Queen Street.

Author Ian Rankin said: “This is a fantastic initiative by Stewart Christie the tailor and Save the Children. It’s a secret world, a secret place within Edinburgh that you can explore for a very meagre amount of money. Come into Stewart Christie get the key, leave a donation and off you go and explore secret Edinburgh.”