Christine Jardine, the Liberal Democrat parliamentary candidate for Edinburgh West, has today written to The City of Edinburgh Council demanding that officials come up with solutions to fix  traffic issues in Ratho following another potentially serious incident involving a child.

Yesterday, a 14-year old girl was swiped by the wing mirror of an SUV while walking through the village, hurting her face and leg.
This is the latest in a series of incidents caused by unsuitably heavy traffic flow through Ratho’s narrow streets, which has been exacerbated by ongoing roadworks at multiple locations in the village.
Ms Jardine commented: “Yesterday’s events are just the latest in a long line of worrying incidents caused by excessive traffic flow through Ratho, and it’s high time the SNP- led council did something about it.
“I’m thankful that the young girl wasn’t more badly hurt, but it’s only a matter of time before someone is seriously injured, or worse.
“The traffic situation there is unacceptable. The streets are totally unsuitable for the number of vehicles that pass through the village, and, where they exist, the pavements are often so narrow that school children are forced to walk cheek by jowl with cars, vans and even HGVs.
“Last week, I joined a group of residents to see for myself how bad the situation is in Ratho. I want council officials to do the same so that they can finally come up with solutions to get the traffic problems there sorted.” 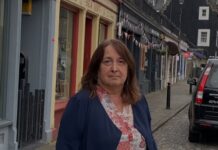 Waspi age ruling could be a setback 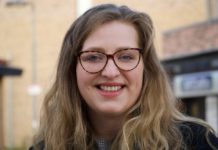 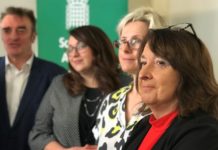 Jardine : the war on drugs has failed 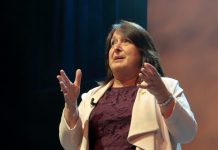 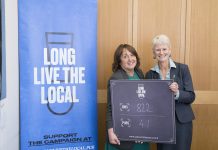