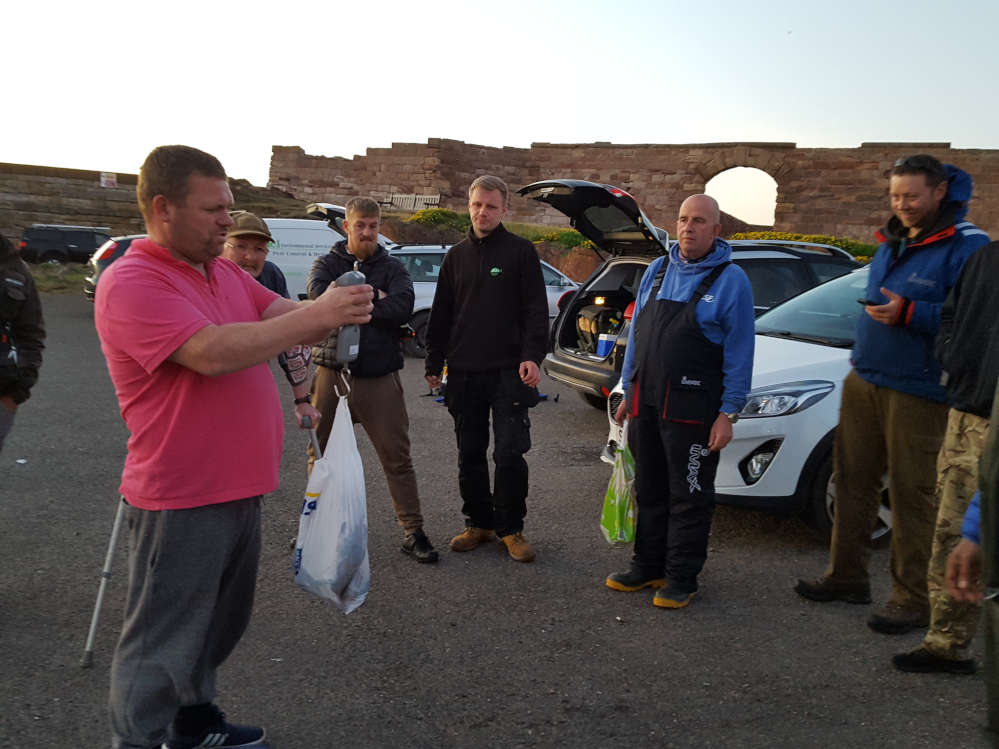 The venue is Dunbar Harbour and registration is 6.30pm at the harbour. Non-members are welcome at all events.

Jamie McHale won the fifth leg, which was a rover based around Dunbar, with two fish for 4lb 12oz
and David Morrison was second with three fish for 3lb 6oz.

Club secretary Alan Brown was third with one fish for 2lb 3oz and that was the biggest single fish caught on the night.

Seven of the 12 anglers who fished the match weighed in with cod and rockling and other placings were: 4, Barry McEwan; 5, David Cooper; 6, Cameron Cunningham; 7, James Ogilvie.

The picture shows a weigh-in at Dunbar Harbour during the summer series with chairman Craig Ogilvie doing the honours.