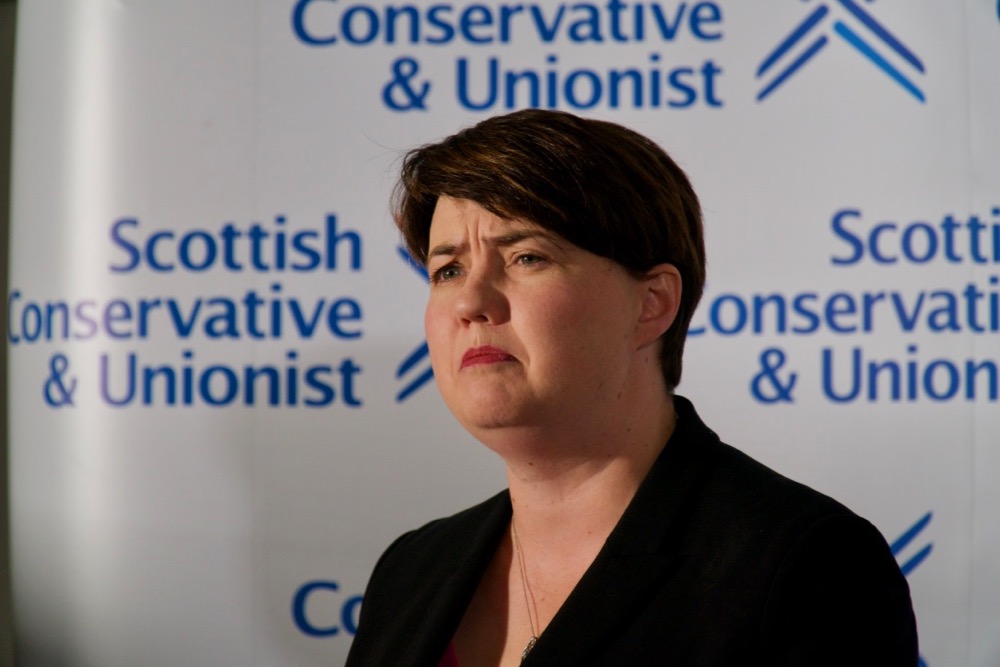 Ruth Davidson has confirmed she will not take up a new role as a senior adviser to Tulchan Communications alongside a former Conservative Party chair Lord Feldman.

She had already confirmed a week or so ago that she will be taking up an advisory role with broadcaster ITV in addition to her job as Central Edinburgh MSP.

“I, and Tulchan, have therefore agreed not to proceed with the appointment.

“I saw this role as an opportunity to help businesses improve their offerings to staff, raise standards in the supply chain, increase diversity and embrace environmental responsibilities.

“I sat down with Scottish Parliamentary officials in advance to go through the code of conduct, in detail, in order to avoid any conflict and to ensure I would be working within the rules at all times.

“The role reflected this.

“The consensus view from political opponents and commentators is that working to improve businesses’ understanding of the cares and concerns of people is somehow incompatible with my role as an MSP.

“So if I am asked to choose between Holyrood and this role, then I choose the parliament I have dedicated the last nine years to, eight as party leader, a decision Tulchan supports.

“I would like to thank Tulchan for asking me to take on the role.

“They are an advisory firm of the highest quality and they too have received their share of criticism, which this role and their intentions did not deserve.

“Throughout this process they have behaved with the utmost integrity and have shown me every support and understanding.

“I wish them continued success in the future and will be sorry not to be working with them at this time.”

Andrew Grant, Senior Partner, Tulchan said:“We share Ruth’s decision not proceed with her role with us.

“It is a great shame as we believe that she would have encouraged business to be bolder in addressing the issues of concern to their stakeholders.

“Scotland, and the people of Edinburgh Central are lucky to have her.”