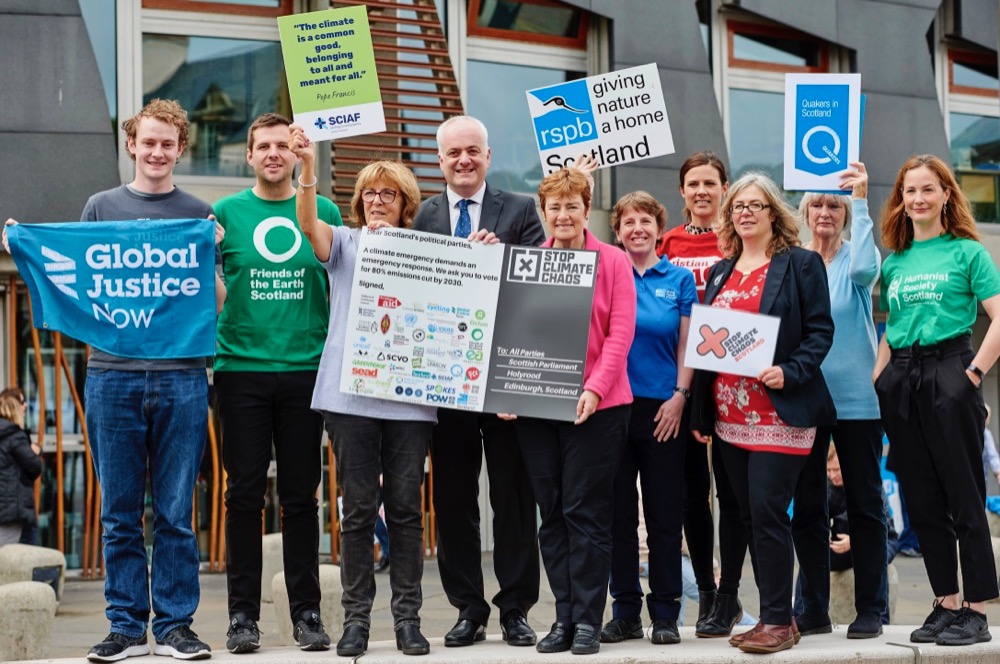 Climate campaigners are demanding politicians vote for stronger targets in the Climate Change Bill, to match the declaration of a climate emergency with an emergency response.

The Climate Change Bill will go to final vote in the Scottish Parliament on 25 September 2019.

Stop Climate Chaos Scotland – a coalition of over 40 charities and civil society organisations – will hand in an open letter signed by thousands of people to environment spokespeople later today.

The letter states that while Scotland’s declaration of a climate emergency is a positive step forward, politicians must use the Bill to sign our commitment to action into law.

Campaigners are pushing for a commitment to further action in the crucial next decade, with 80 percent reduction in greenhouse gas emissions by 2030 written into the law.
Currently the government has committed to overall net zero – or 100 percent – reduction in emissions by 2045.

Tom Ballantine, Chair of Stop Climate Chaos Scotland said: “The world will be watching Scotland when the UN Climate Conference comes to Glasgow. After declaring that we are in a climate emergency, setting ambitious targets in this Bill is the opportunity to match welcome words with serious action.

“Setting an 80 percent reduction by 2030 as legally-binding target, as well as implementing coherent and immediate policy changes, would make Scotland truly world-leading.

“This is not the time for tinkering around the edges and if Scotland is to live up to its global responsibilities, then it requires a united effort from all political parties.
The thousands of people and breadth of organisations signing this letter demonstrates the growing support for stronger targets in this Bill. Politicians can’t ignore that call; we need to see increased ambition in the crucial next decade.”