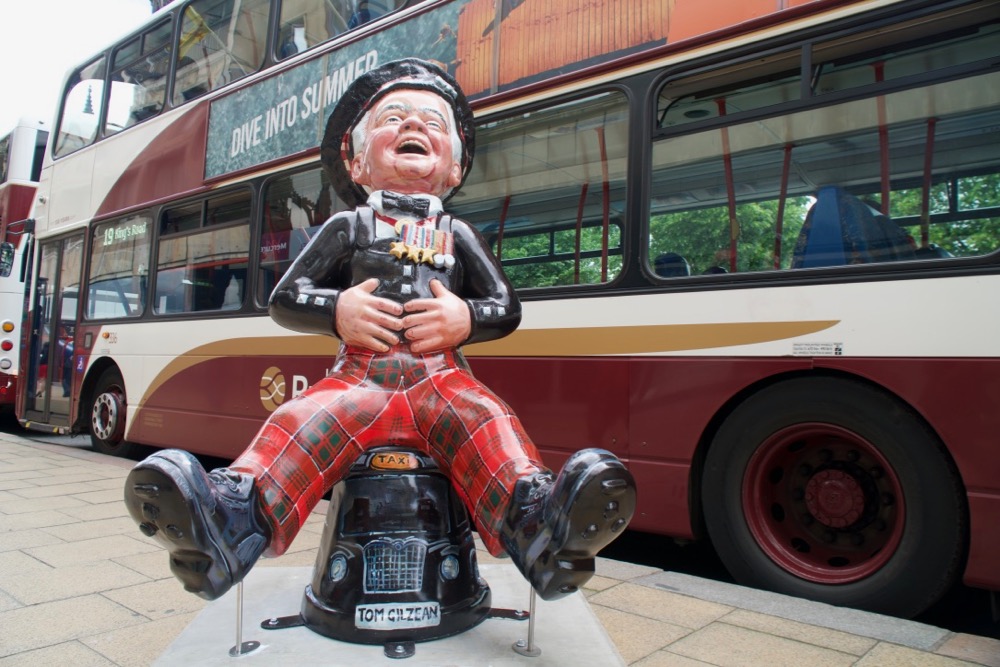 Oor Wullie sculptures on Oor Wullie’s BIG Bucket Trail across Scotland have been visited over 1 million times by sculpture hunters since it began at the end of June.

The trail app, which has been downloaded over 40,000 times by Wullie fans, lets users digitally collect sculptures, with some great prizes up for grabs for app users too. So far users have racked up an incredible 13,000,000 steps, equating to 24,000 miles, with the average person walking 11 miles while doing the trail. More than 13,500 selfies have been uploaded to the trail app.

As Oor Wullie’s BIG Bucket Trail reaches the end, with only 3 weeks to go before the sculptures come off the streets, there have been some fantastic milestones and stories that have come from avid Wullie fans enjoying the trail.

Such as the amazing ‘Oor Simpson’ family, who are travelling the length of the country to visit all 200 large sculptures and support Glasgow Children’s Hospital Charity. So far they have raised almost £700, covering in excess of 2000 miles in the process.

Fundraising superstar Tom Gilzean, the 99-year-old Edinburgh hero who has worked tirelessly for over 20 years to raise money for Edinburgh Children’s Hospital Charity, has been recognised with his very own sculpture. The Oor Wullie, which proudly sits on Princess Street pays tribute to Tom, even donning his famous tartan trousers, service medals and tam o’ shanter. Last year, Tom donated £30,000 to the Edinburgh Children’s Hospital Charity, which went towards funding the Surgical Day Case waiting area and a discharge lounge for children and their families.

Famous faces have been enjoying the sculptures too, with stars such as Lewis Capaldi, The Proclaimers and Ian Rankin visiting Oor Wullies across Scotland.

Wullie fans can see the sculptures for one final cheerio at Oor Wullie’s BIG Bucket Trail Farewell Weekend (13 – 15 Sep). Limited tickets are now available for the weekends across Edinburgh,Glasgow, Dundee, Aberdeen and Inverness.