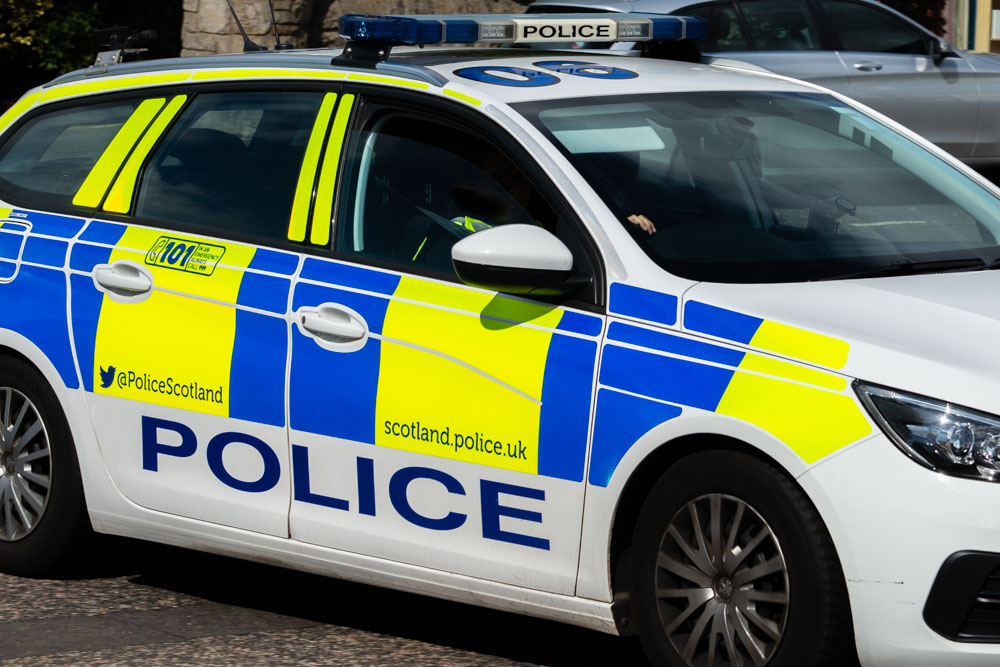 A major investigation is underway after three men armed with a sledgehammer and axes robbed a jewellery store in Leith around 11am this morning.

The masked men made off in a black Volkswagen Golf registration no SM66 BJZ  driven by a fourth man, which had been stolen during a housebreaking in Swanston View at some point between 10pm on Friday and 8am on Saturday.

The getaway car was found abandoned in Giles Street at around 12pm.

The robbers who were wearing black jackets made from a shiny material with their hoods up used garments to cover their faces and wore black gloves.

A 55-year-old employee of the shop was injured in the incident.

An investigation led by Gayfield CID is under way and anyone with information is asked to come forward.

Detective Inspector Mark Lumsden said: “This was a brazen and extremely shocking robbery that caused great alarm and distress to the employee within, as well as resulting in him sustaining injury.

“Anyone who saw the Volkswagen Golf between 10pm on Friday and midday on Saturday and can help us confirm its movements ‎throughout the city until it was abandoned should contact police immediately.

“Similarly if you have any relevant dashcam footage, or other information that may be of use to our investigation, then please also get in touch.”