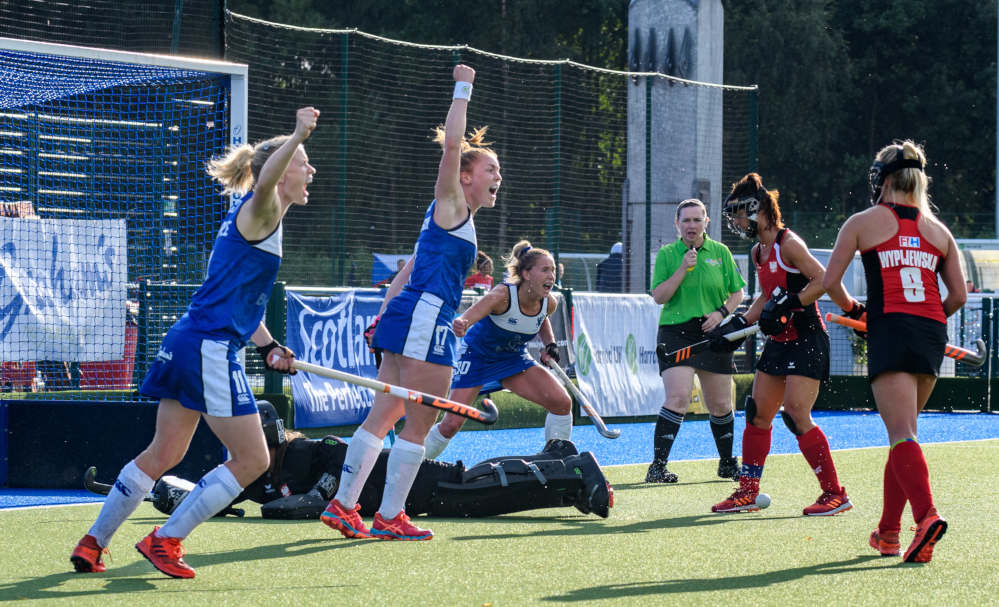 Scotland earned promotion to the top tier of European hockey and now go for gold against Italy in the EuroHockey Championship II at Glasgow’s National Hockey Centre on Saturday (16.15).

Coach Jen Wilson’s squad claimed their fourth straight win in the competition with three goals in the first period and they stayed firm in the two final quarters despite Poland removing their goalkeeper to have 11 outfield players with seven minutes left.

Poland, ranked No 24 in the world, did not have the cutting edge against the Scots who are No 19 in the world but Italy will prove tough opponents as they are two places above the Tartan Hearts in the world rankings and the Italian side comfortably disposed of Austria 4-0 to progress to the final game with a longer recovery period.

Earlier, lanky Dundee Wanderers forward Emily Dark deflected the ball home in the second minute after a fierce drive into the D from Great Britain international Sarah Robertson positioned wide out of the right.

Two minutes later the teams were in the dressing-room after a deluge flooded the pitch at Glasgow’s National Hockey Centre.

They emerged 1hr 20mins later and it was the Polish side who took the game to Scotland, searching for an equaliser.

The Polish side dominated possession and Amy Gibson kept the Scots ahead with a diving save before the home side’s skipper Kaz Cuthbert was raising her arms in delight at scoring her fourth goal of the tournament.

The Western Wildcats player picked the ball up on the edge of the D after a penalty corner and slammed it home low to the left corner of the goal to move Scotland to a 2-0 advantage.

The Poles must have felt hard done by but they maintained their pressure early in the second quarter, forcing three penalty corners but they failed to convert.

And that cost them as Scotland moved upfield and Sarah Jamieson darted into the D before firing the ball towards goal and little Louise Campbell dived in to divert the ball home for the home side’s third with only 50 seconds left of the quarter.

Poland put the pressure on the ball carrier for the rest of the game but the Scots held out to earn promotion to the elite of EuroHockey.

Our picture Scotland celebrating in the game against Poland. Picture by Duncan Gray.