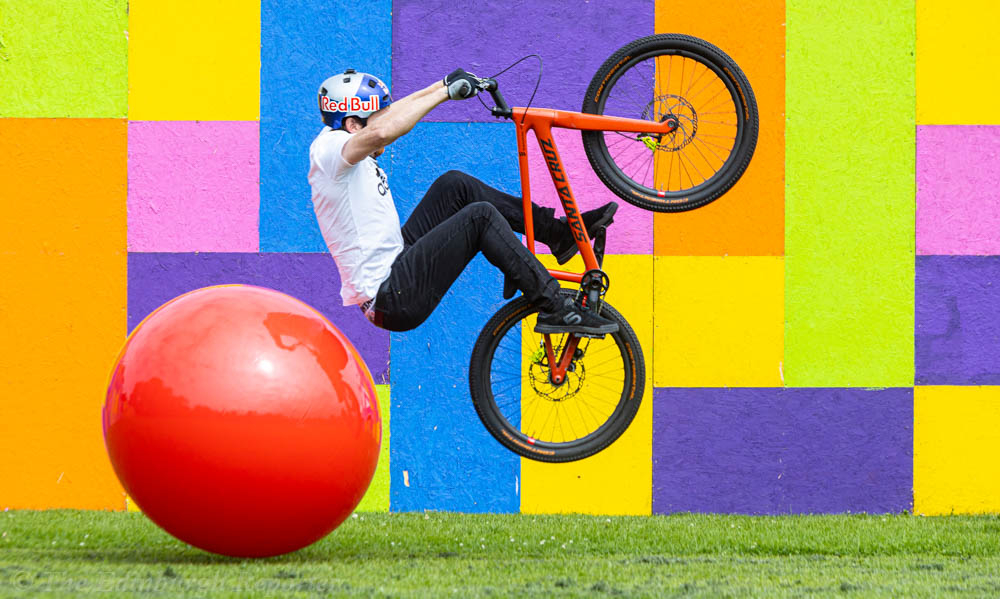 Danny MacAskill’s Drop & Roll Live is a main highlight of this year’s Underbelly Circus Hub programme and is set to astound Big Top audiences like never before.

MacAskill is joined by highly acclaimed trials rider and fellow Scotsman Duncan Shaw, alongside innovative BMX riders Kriss Kyle and Alex Coleborn who will each perform selected dates across the run. Hosted by extreme sports commentator Henry Jackson, the hour-long show includes plenty of crowd of participation plus prizes to be won throughout.

Fringe audiences will experience an entirely revamped and redevised show which takes the very best elements of the established outdoor performance and moves the action into The Big Top Tent, and packs in a powerful soundtrack matched with an incredible lighting production, elevating the show to a blistering new level!

MacAskill, Shaw and the team won’t be confined to the stage, as every part of the venue, from stairways to walkways become base points for mind-blowing tricks, huge stunts and BIG surprises. Expect an action-packed display of gravity-defying tricks, guaranteed to amaze children and adults alike! The guys will also be available for post-show signings and exclusive Drop & Roll merchandise will be available onsite.

The Fringe Gala performance of Drop and Roll will take place on 7 August at 7pm at Underbelly’s Circus Hub on the Meadows with a dedicated performance of Danny MacAskill and Duncan Shaw’s Drop and Roll show from which Underbelly will give £15 from every ticket to OneCity Trust. 50 tickets to, what is currently, Underbelly’s most popular show this Fringe will also be given free to OneCity Trust beneficiaries.