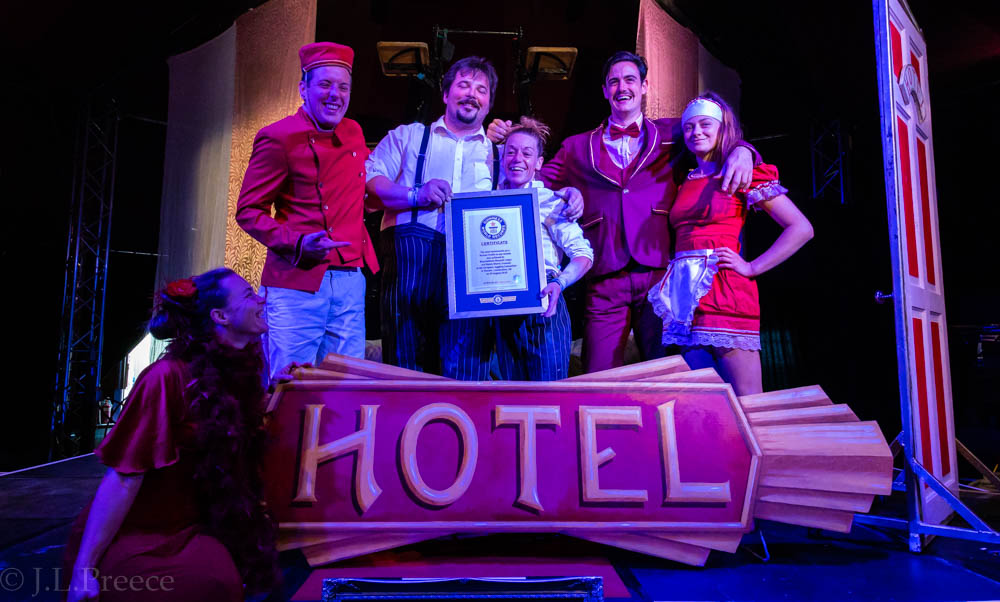 Two of the Fringe’s leading circus performers from the show Hotel Paradiso set a new Guinness World Record for most somersaults on the Korean Cradle last Saturday.

Prior to the first Fringe performance on Wednesday 14 they held a photocall at Underbelly Circus Hub, in the splendour of The Beauty. The magnificent mirrored Spiegeltent was be transformed into the drawing room of Hotel Paradiso for the show.

Performers Roisin Morris and Massimiliano Rossetti, who broke the Guinness World Record for most somersaults on the Korean Cradle on Saturday 10 August, completed 16 full somersaults and catches on the cradle, the only one in regular use in the UK.

A fuller article, with images from their show will, appear here tomorrow (Wednesday)