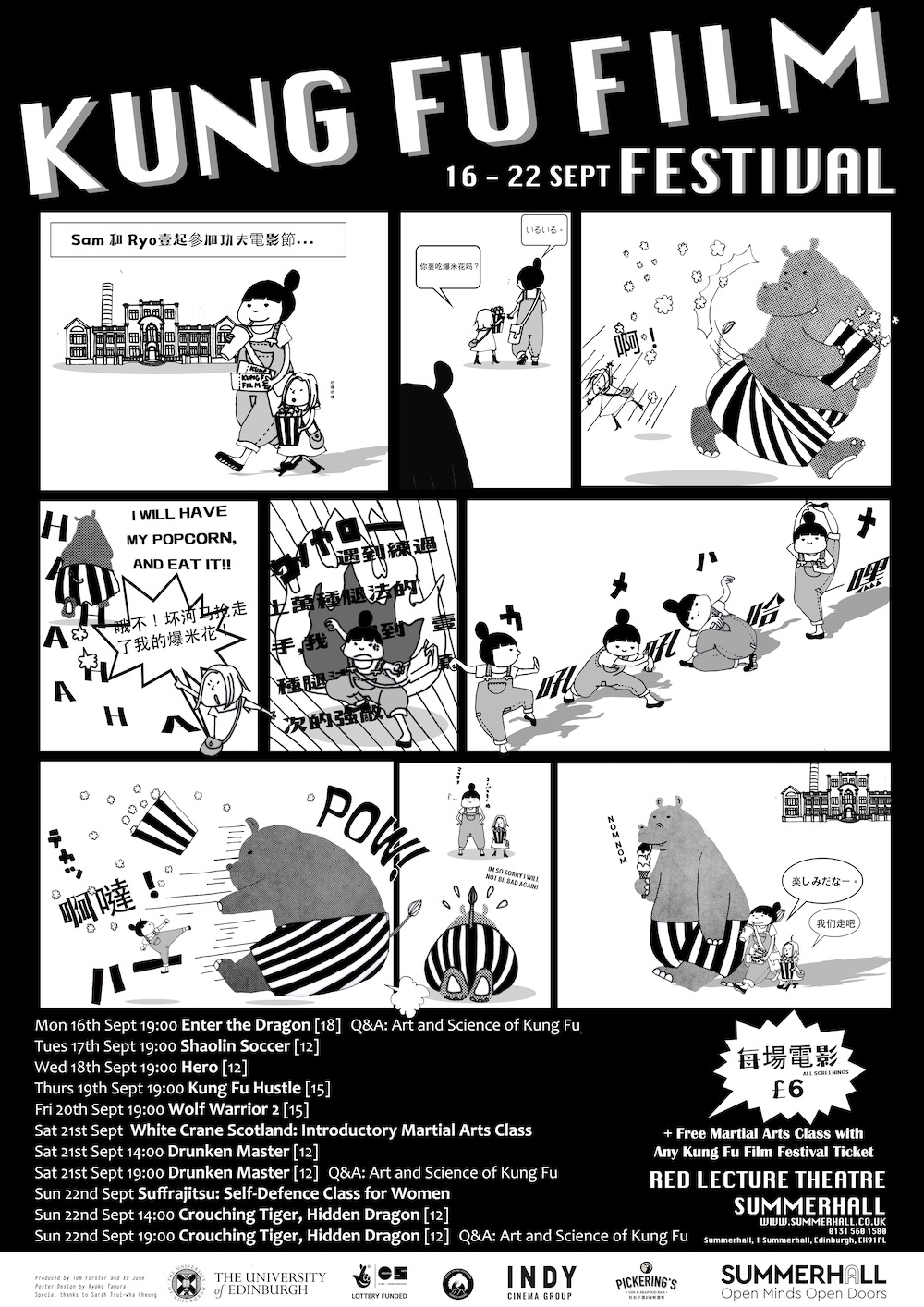 Summerhall announces Scotland’s first ever Kung Fu Film Festival – coming to the venue in September 2019. With a population of over 3,000 South-East Asian students at Edinburgh’s Universities – the film festival reaches one of the leading international communities in the city as well as the eponymous hero – the Kung Fu Fan!

There are the absolute classics, like Bruce Lee’s Enter the Dragon, and Jackie Chan’s hilarious breakthrough Drunken Master, with both accompanied by Q&As on the art and science of kung fu. Ang Lee’s award winning Crouching Tiger, Hidden Dragon and Jet Li’s Hero, the first Chinese-language film to go to number one at the US box office, also show the genre at the peak of its powers.

We’ve also looked at just how much humour there can be in kung fu movies. 2001’s Shaolin Soccer is a real hidden gem about a Shaolin monk who reunites his five brothers, years after their master’s death, to apply their superhuman martial arts skills to playing football – think Space Jam levels of sporting artistry on display. Also from director Stephen Chow is Kung Fu Hustle, a gangster comedy with huge dance sequences, tuxedoed mobsters and incredible fight sequences.

There will be a rare opportunity to catch a screening of Wolf Warrior II, the most successful Chinese-language movie of all time. A tour-de-force of action filmmaking, this is Chinese Rambo, full of flying fists, bullets, tanks and mercenaries.

A spokesperson for Summerhall said : “In a break from traditional advertising practices, we are not only encouraging you to try this at home, we’re going to be teaching you how! As part of the festival there’ll be introductory martial arts classes from White Crane Scotland and Suffrajitsu, who run self defense classes for women in Edinburgh. The screenings of Enter The Dragon, Drunken Master and Crouching Tiger, Hidden Dragon will also be accompanied by Q&As on the art and science of kung fu.

“We love the choreography, the action, the high-drama, the death-defying stunts. We love the absurd, the improbable, the hilarious, the jaw-dropping. We love the depth and breadth of the genre throughout its history, come join us for a week in September as the festival fringe posters of August curl into a paper mush.”