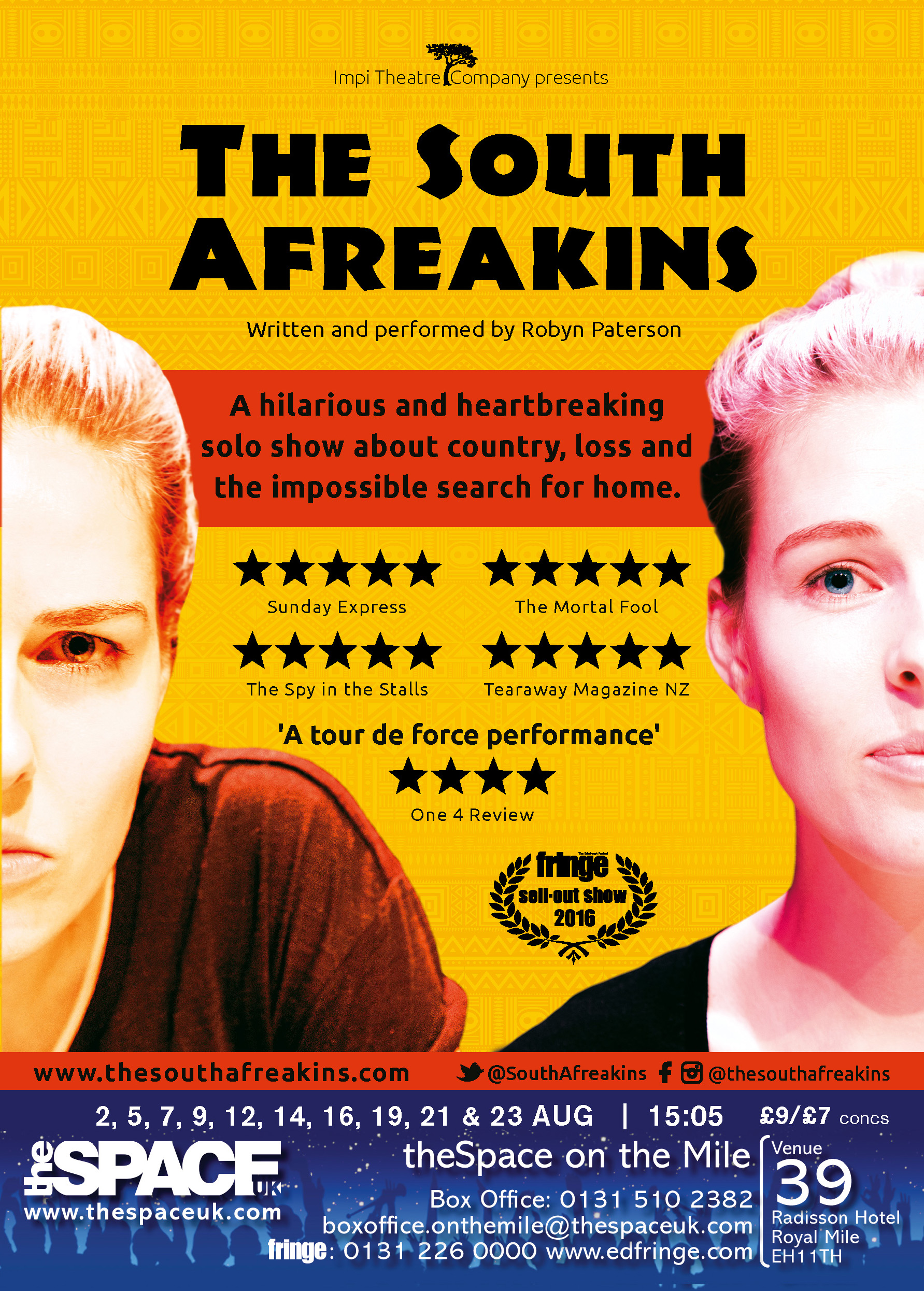 Robyn Paterson is bringing her show The South Afreakins to Edinburgh Festival Fringe this year.

She is also performing in the follow up show The South Afreakins : The Afreakin Family in Edinburgh this summer. It is an amazing show with Robin playing 4 characters and she switches between them an unbelievable 400 times.

There are previews in London on 8 July 2019 at Southwark Playhouse and on 22 July 2019 at The Tabard Theatre.

As part of her tour she put on a fundraiser in Oxford and it seems there was a VIP guest in the audience.

A few days ago Tony Hadley of Spandau Ballet went to see the show….. and here is what he had to say!

South African born actress Robyn Paterson has been a professional playwright and actress for over 14 years in theatre, film and television in Australia, New Zealand and London. Her latest credit was playing the lead in the London  immersive theatre show, The Generation of Z, and Channel 4’s Anzac Girls, which premiered in 2015. She has been writing for theatre since 2010. Her first one-woman show Introducing Anna had a sell-out season at Auckland’s Basement Theatre in New Zealand. Her second play, Mooi River, was third place in the New Zealand ‘B4 25’ Playwriting Competition.

Her other work, including the full length play The World’s First Fight, was shortlisted for The New Zealand Playmarket Adam Playwriting Award in 2015 and her most recent play The Radio Interview was shortlisted in the 2015 British Theatre Challenge.

These graduates have experience in the performance industry, working with London artists andtheatres but are using Edinburgh Fringe 2019 and The South Afreakins and The South Afreakins: The Afreakin Family as a springboard to launch their careers as professional  industry practitioners, supported by Robyn Paterson who graduated from the Unitec School of Performing  Arts in 2009 and The Neighborhood Playhouse School of Theatre in New York in 2011.