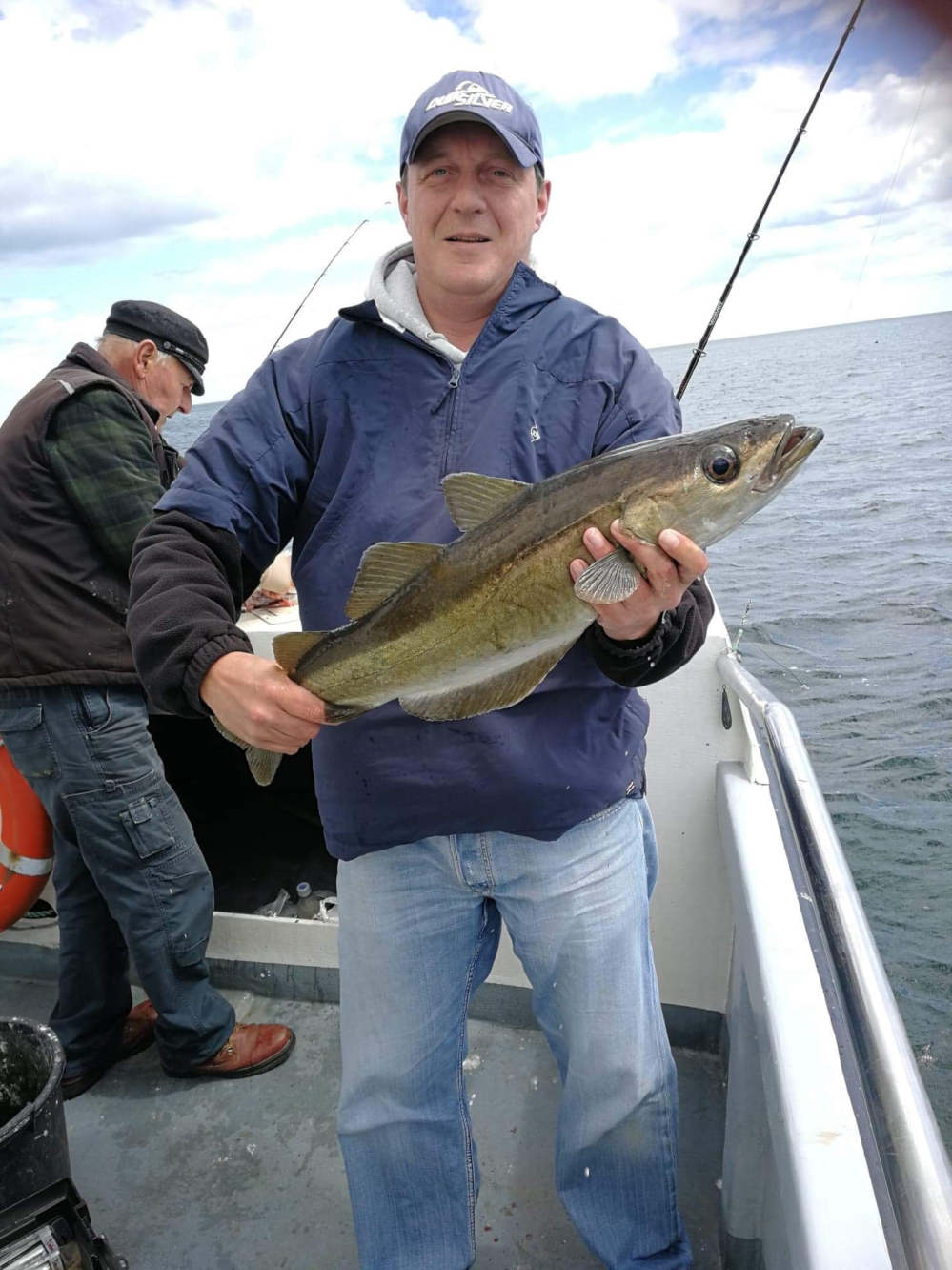 Great excitement among anglers on social media which has been buzzing with news that mackerel appear to be in the Forth Estuary.

That was confirmed by local skippers Trevor Springford of Andara II in Dunbar and Derek Anderson of Eyemouth-based Aquamarine Charters.

Derek also reported sizeable captures of other species including cod and pollock off the Bewickshire coastline (see picture above).

Meanwhile, Les McBride finished fifth in the Mull of Galloway Sea Angling Festival. The Edinburgh shoemaker was third in the previous event but bagged 20 species this time in the event, billed Scotland’s biggest species hunt, and yet slipped two places down the pecking order.

The overall winner was Sunderland-based angler Gareth Gardiner who beat 53 other competitors to win the five-hour event with 44 fish. Second was Gav Owen with 32 fish and third Dave Lumley with 31 fish. Owen also hooked the longest fish, a 35cm flounder.

Catches were mainly flounder, eels, coley and codling with a solitary bass making up the bags in difficult conditions with a side wind, heavy rain and with lots of weed to contend with.

Onto coarse angling and Heather Lauriston celebrated her recent comeback to the Edinburgh and Lothians Coarse Angling Club with a win in the second of the Summer Series.

The Scotland project manager for Get Hooked on Fishing – a national angling charity which provides positive opportunities for young people and communities – netted 13lbs 07oz fishing pellet at Orchill in Perthshire.

She just pipped Geoff Lowe who hooked 12lbs 10oz of fish with Darrin Ferguson, who has won two recent club competitions, only one ounce behind.
Roz Cassidy, another of the club’s growing female members, was fourth with 11lbs 07oz.

Heather said it was a sparkling day at the fishery and she revealed she only re-joined the club in May after spending the last two years concentrating on match fishing at various venues.
And Heather confirmed that there will be a Scottish Ladies Open at Orchil on Saturday, August 17.

Ten anglers have already registered an interest and contact Heather on heather-lauriston@ghof.org.uk for more information.

On to trout fishing and there has been some super sport on the milder days at Bowden Springs near Linlithgow.

Lots of damsels are hatching along with buzzers, mainly black, and there have been some fine catches.

Brian Fleming (Avonbridge) had a bag of three rainbows for over 11lb, the best being a lovely six-plus pound trout. He also returned a further four fish.

His brother Hugh also caught three rainbows on the same trip with a mini viva being the successful fly.

Gary Paten from Edinburgh landed four rainbows with a best or around 5lb and Alan Morgan of Livingston had three fish for over 10lb with a best of 5lb 3oz.

And Brian McMechan from Livingston hooked seven lovely rainbows with a best of over 4lbs, all caught on a slow intermediate with a hothead damsel.

Bert Bell of Uphall caught four Rainbows for 9lb on ledgered maggot and Mr Patterson from Edinburgh had a well-conditioned fish for 5lb 6oz.