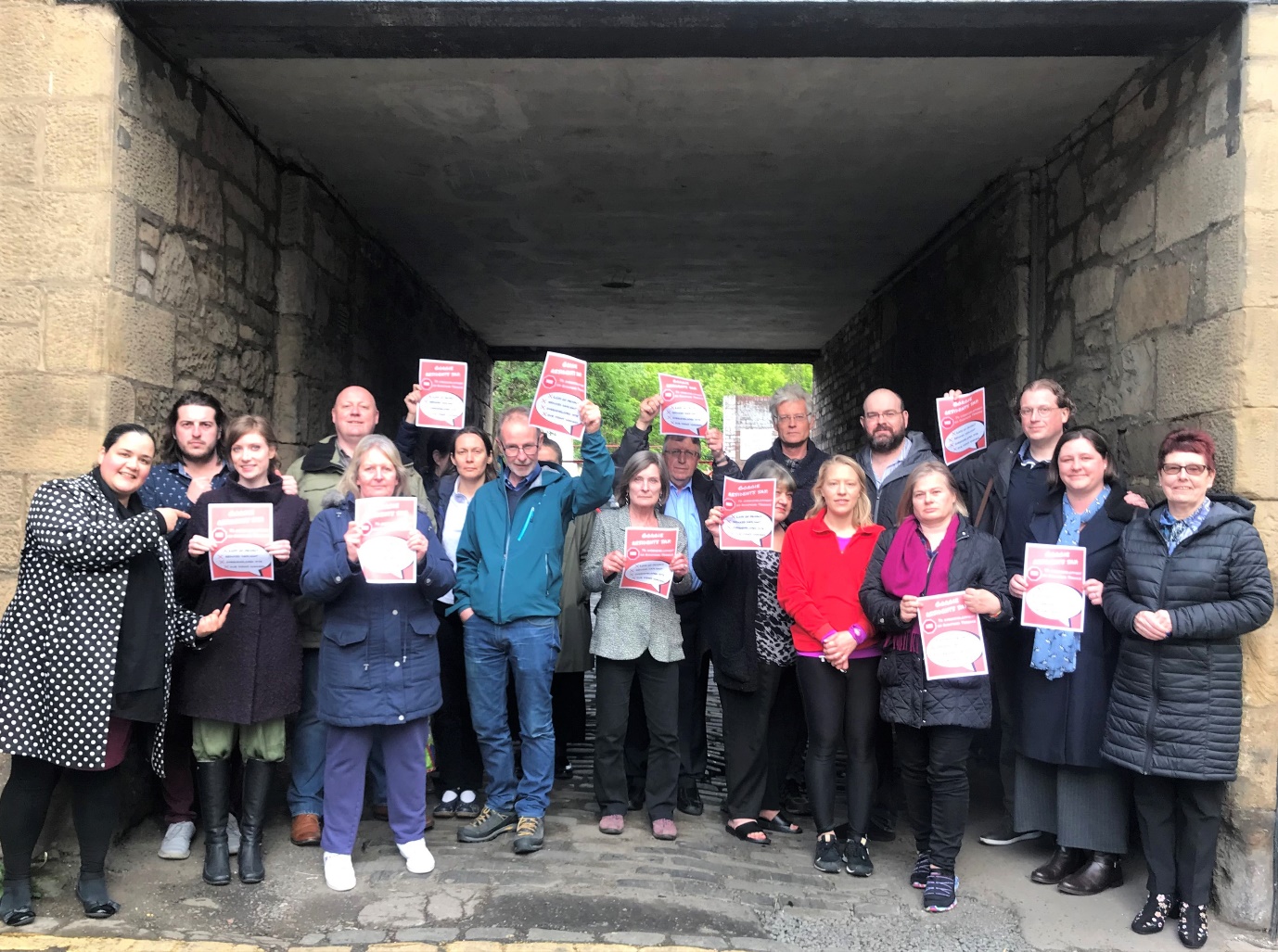 Local Residents in Dalry have launched a campaign to oppose a proposed student development located behind the Dalry colonies on Richmond Terrace amid fears the proposed development is ‘dangerous’.

Plans have been submitted to develop studio flats for 38 students on the site along with car parking, bin and cycle storage, but neighbours believe it will not be able to provide adequate access for emergency vehicles.

Richmond Terrace resident Stephen Fox explained neighbours’ concerns: “The proposed site is a small garage with a single access point at the end of a long and narrow cobbled street and through a restrictive pend archway. The garage is surrounded by housing on all sides and the proposed 4-storey development of 28 studios is far too large.

“It will disrupt the lives of the adjacent neighbours and put additional pressure on local amenities and services. There was a recently a fire in the colony houses (in Atholl Terrace) where the fire engines struggled with access from Richmond Terrace and I am now very concerned about access for emergency vehicles to such a large development with so many young residents.”

Immediate neighbour Carolyn Davis agreed: “There is a massive danger for fire engines and ambulances getting up the street. It’s a quiet street where everyone looks out for everyone else but 38 additional student flats will devastate the area.”

Residents logged 96 objections to the Richmond Terrace scheme during the consultation period. Recently residents joined Cllr Ashley Graczyk and the local community group Common Weal Edinburgh South West to campaign against overdevelopment in the local area and raise awareness of their objections.

Independent Councillor for Sighthill-Gorgie Ashley Graczyk explained her growing concerns that the views of local residents were being routinely ignored by developers. She said: “I am fed up of unsuitable planning proposals from selfish developers who are looking for any excuse to put profit before people, attempting to get out of paying developers’ contributions and causing unnecessary distress to my constituents.

“It is time for the Scottish Parliament to bring forward a proper Planning Bill that puts communities first. The City is crying out for more affordable homes but planning proposals must prioritise the needs of local people over big business.”

You can see the plans for the development at Richmond Terrace here.