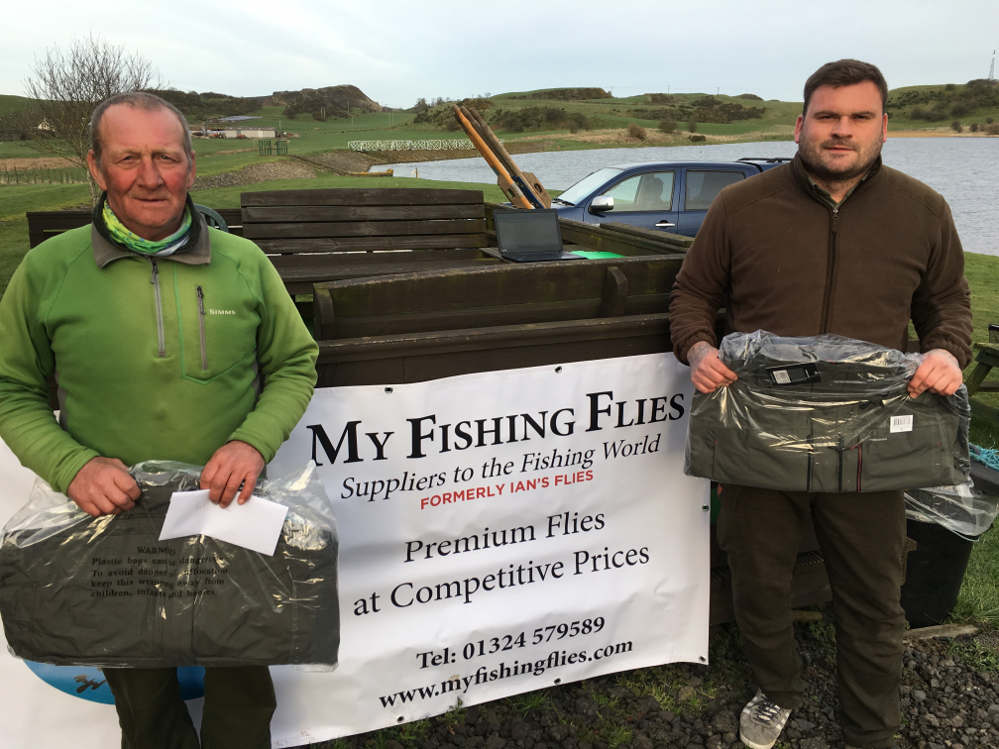 Competitors came from as far afield as Aberdeen, Stirling, Dundee and Edinburgh.

And they they were sitting in the Stenhouse Fishery HQ itching to get out onto the water more than 90 minutes before the scheduled start of the first Scottish heat in this year’s Scierra Pairs.

They urged organiser Phil Dixon to sound the hooter as a favourable west wind blew over the popular fishery near Burntisland in Fife.

And anglers who picked the East Bank in the 35-acre fishery, which was once the water supply for a nearby distillery, were into trout early.

One of them was Scott Mudie from nearby Kirkcaldy. He hooked a fish with his second cast of the day and he and his partner Ross Carnegie from Dunfermline persevered.

They hooked most of their fish on black and gold patterns, including a Humongous.

Margins, particularly one near the HQ, proved happy hunting grounds for the anglers and a bank angler on a day ticket, who was not part of the competition, landed a 9lb-plus fish which was noted by the boatmen and drew competitors to that area.

The gusty wind proved difficult and pairs had to set their drones well in order to control their drift.

Fish at Stenhouse, according to owner John Callison, normally shade off at the water around lunchtime and that proved to be the case on competition day

However, the fish came back on and the first pair to weigh in were regular Scierra Pairs competitor Scott Mudie and his partner Ross Carnegie. Scott from Kirkcaldy and Ross from Dunfermline totalled 18lbs 4oz with their eight fish.

They tied up at 1.30pm, 3.30 hours after the 10am start and Scott said they had were sitting with seven fish for 30 minutes before they landed the all-important eighth trout. Plenty of time bonus points here.

Unfortunately, they were pipped by John Callison (pictured above right) from Glenrothes, the 35-year-old son of the fishery owner, John, and his Dundee-based partner, David Simpson (pictured left), aged over 70, who landed eight fish for 19lb 5oz and they docked only 15 minutes later. Their favoured patterns were Humongous, diawl bach and small black snakes

They won new Scierra Fusion jackets and move to the national final later this year while Scott and Ross took home the Scierra Aerial fly lines as did third place finishers Andrew Barrowman and Paul Sharp from Aberdeen whose eight-fish bag totalled 18lbs 14oz but they lost out on time bonuses as they tied up at 2.45pm.

The best fish from a boat, winning the Golden Grove Fishery voucher, was Scott Caven from Edinburgh and Ewan Fotheringham of Kelty with 3lbs 1oz.