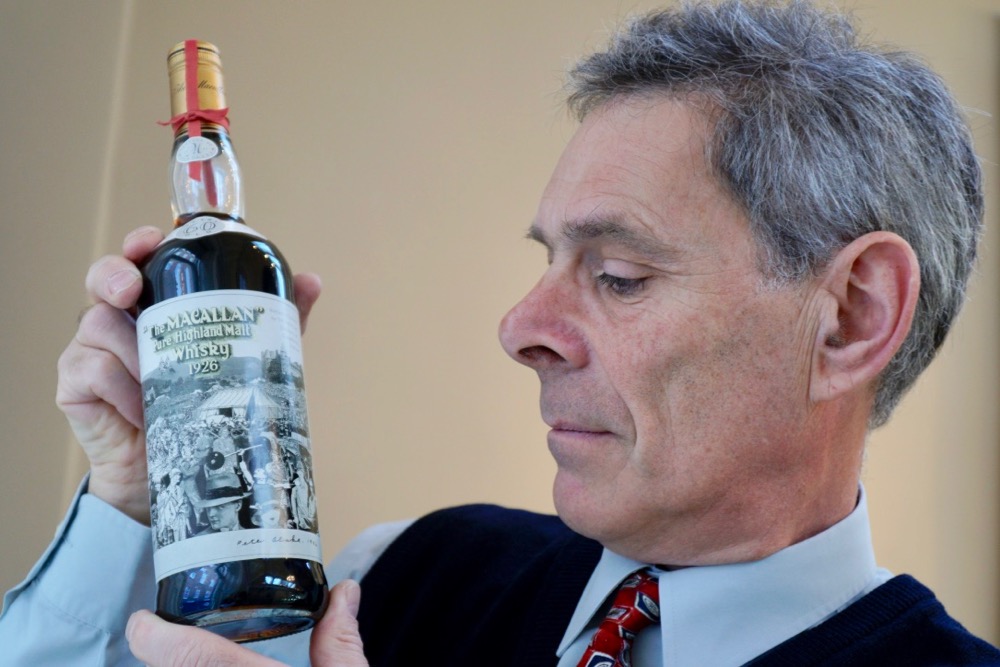 There were only 25 potential bidders in the room and most of them were waiting to see how much lot 76 might make. Certainly the press at the back of the room were, and cameras clicked furiously as the hammer came down at a minute past noon today.

In common with other lots this morning the eventual bidder was not in the room and bids were made online and on the telephone.

This was a bottle of 1926 Macallan bottled in 1986 in a bottle bearing a Peter Blake label. Peter Blake designed the album cover for The Beatles Sgt Pepper album and this bears some resemblance with all the detail in it.

It was sold to an overseas bidder for £615,073 with buyer’s premium added so no records were set this morning, but it shows the healthy state of the whisky market. Other lots were selling fast at a wide variety of prices from hundreds to tens of thousands.

There were 12 bottles commissioned bearing the Blake label and a further twelve bering the Valerio Adami label.