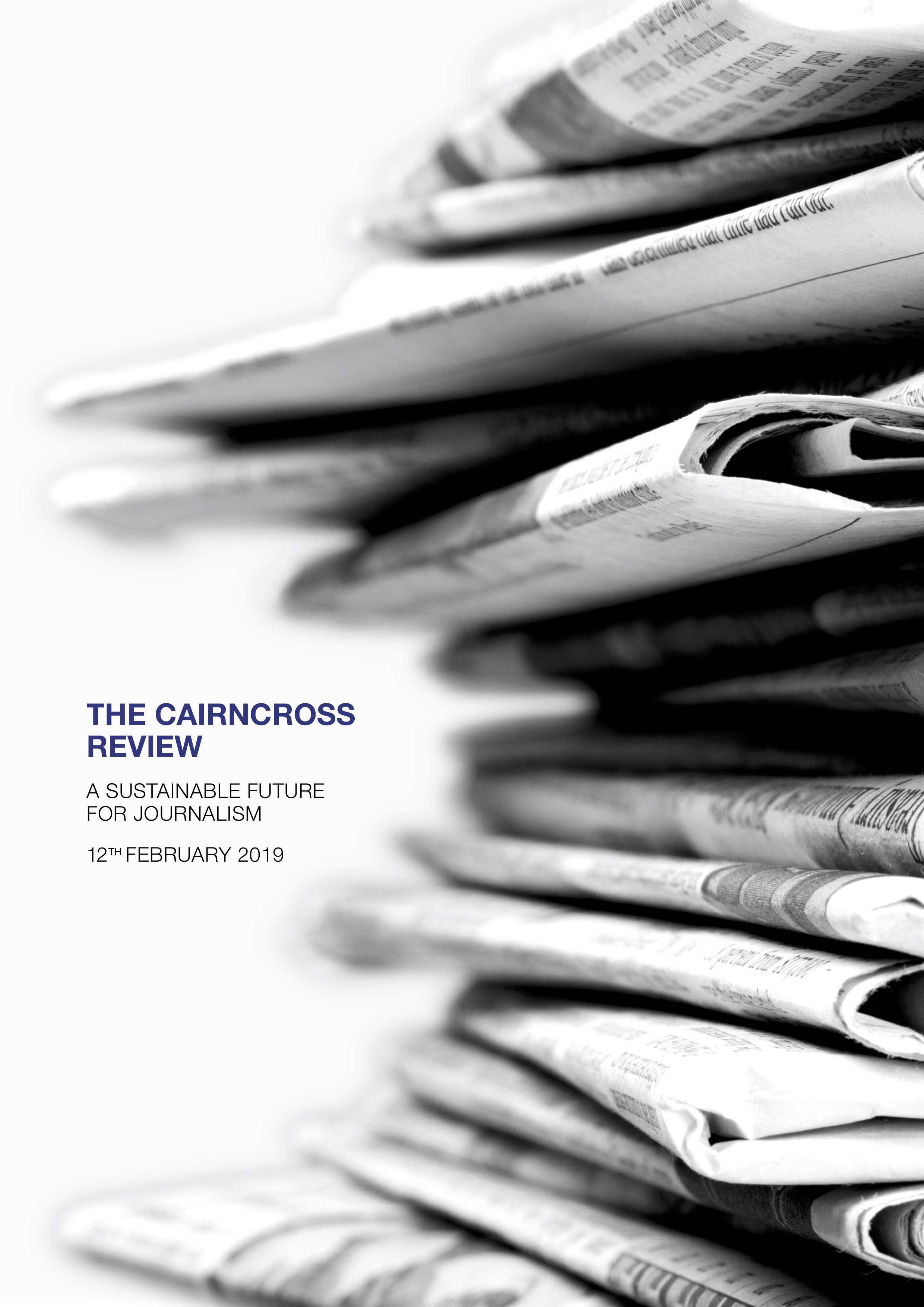 In 2018 the UK Government commissioned a report on how to safeguard the future sustainability of the press. It has now produced its independent review, under the chairmanship of Dame Frances Cairncross, who is also Chair of the Court of Heriot-Watt University and a former economic journalist. It calls for changes to enable what it describes as ‘local public interest news’ with some direct funding out of direct government control.

The review looked at the impact on news of the giants like Google and Facebook, and the uneven balance of power which can result. It refers to the well known fact that the majority of young people only read news online, and never experience the whole that is a newspaper with sports, news and features all thrown in the mix. Algorithms affect what we read, and we tend to read articles suggested by friends who pass them on to us.

Parts of the review could have impacts on sites like ours, as it also examined the threats to the financial sustainability of publishers.

The report makes several recommendations including that a regulator should be appointed to improve the news experience on online platforms. The report explains the plight of firms like JPI Media which recently shed pension responsibilities and reincarnated from the ashes of Johnston Press so that it had any chance of survival.

It suggests that a new independent institute is established to ensure the future provision of public interest news, along with an Innovation Fund to improve the supply of such news.

This digital revolution is bringing enormous potential benefits to consumers, but is also challenging the future of news provision.

As part of the review, a separate investigation was conducted into advertising revenues. This concluded that internet advertising spend tripled between 2008 and 2017 to an annual amount of £11.5 billion in the UK. It is estimated that just over half of this is paid to Facebook and Google rather than the publisher.

Meanwhile a 2018 Mediatique report found that print advertising revenues have dropped by more than two thirds in the same period, and sales of printed papers and full-time journalists have been declining.

The BBC should do more to share its technical and digital expertise for the benefit of local publishers.

The report concludes that the BBC should do more to help local publishers, and think further about how its news provision can act as a complement to commercial news.

It also recommends new forms of tax reliefs to encourage payments for online news content and support for local and investigative journalism. One way round this is to enable publishers who concentrate on public interest journalism to establish themselves as a charity (changes to charity law would be needed) and offer them tax breaks which may help.

Some start-ups have begun to provide local coverage and there are promising examples of innovations to bolster the provision of public-interest news, but these are unlikely to be sufficient.

In addition, the report recommends the expansion of the BBC’s Local Democracy Reporting Service. You may have read articles published here by the Local Democracy Reporters on our site. These are intended to be impartially written articles about local democracy, and David Bol here in Edinburgh reports on The City of Edinburgh Council. This is a very useful service provided for free to platforms like ours and is paid for by the BBC licence fee.

The Local Democracy Reporting Service created up to 150 new journalism jobs to help fill a gap in the reporting of local democracy issues across the UK.

It is this area of public interest news reporting on local councils, courts and inquests that is of most public benefit, but apparently is not as popular as other stories. The cost of sending a reporter is not always justified, but this is essential local democracy and it is not appropriate for the state to finance it directly. The review tried to look at ways of making news publishers sustainable to enable them to keep reporting in this sphere. They have looked at ways of using technology innovations to try to ensure its future, saying the need for it is ‘urgent and justified’.

Another key part of the review looked at the way that we verify what we read. Apparently, a quarter of UK adults do not know how to verify what they read online, thus spreading disinformation. But more worrying is the deliberate spread of ‘fake news’ and the review suggests intervention to determine what is presented online.

The independent review, undertaken by Dame Frances Cairncross, was tasked by the Prime Minister in 2018 with investigating the sustainability of the production and distribution of high-quality journalism. They had the benefit of advice from a panel of advisers from all kinds of papers, websites and advertising.

The Government will now consider all of the recommendations in more detail. The Culture Secretary will write immediately to the Competition and Markets Authority, Ofcom and the Chair of the Charity Commission to open discussions about how best to take forward the recommendations which fall within their remits. The Government will respond fully to the report later this year.

Click the link to read the the final report.