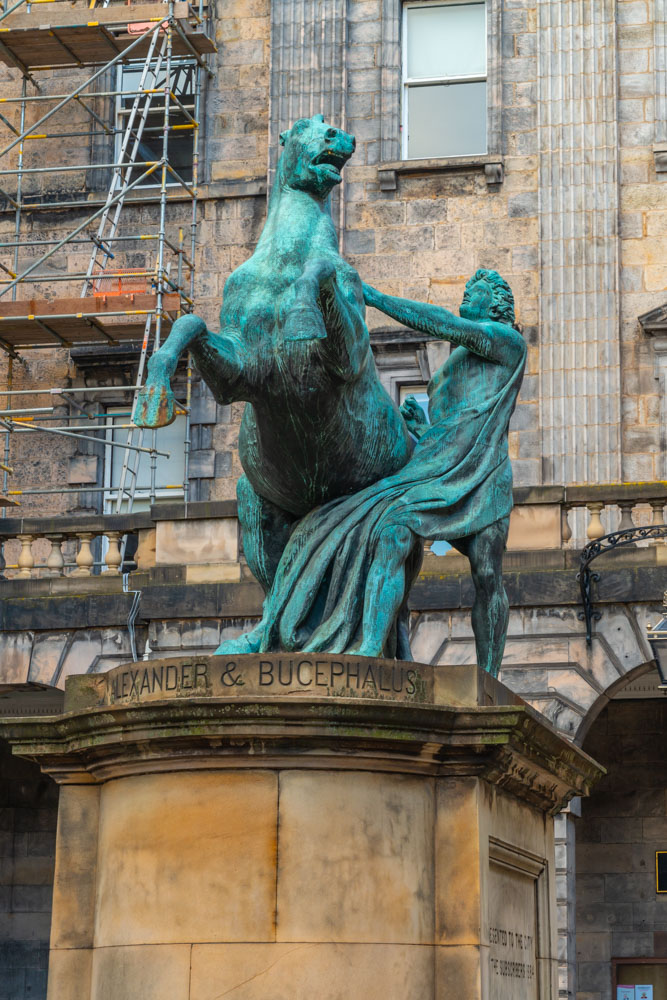 On the very day that The Scottish Government announced powers for local authorities to introduce a tourist tax, the Edinburgh Tourism Action Group met at the mighty McEwan Hall on Thursday. Indeed, it seems that the chat in Edinburgh has been about tourism all week.

The programme was entitled Facing the Future, perhaps particularly appropriate given the changes which may take place in Scotland’s capital city.

The City of Edinburgh Council will lead the way, aiming for Edinburgh to be the first UK city to do so. The desire to impose a TVL or tourist tax was included in the administration business plan when the Labour SNP coalition first formed. They held a consultation last year, and have produced an outline plan for the council to adopt at their meeting this coming week on 7 February.

Council Leader, Adam McVey, said: “I welcome today’s announcement by the Finance Minister, which paves the way for a TVL scheme in Edinburgh and pays testament to the strength of the case we have developed.

“After many months of robust research and feedback, the time has come for us to submitting our proposals to Ministers and MSPs for their consideration and, if we are successfully granted the necessary powers, to steering Edinburgh towards becoming the first Local Authority in the UK to introduce such a scheme.

“We have been clear throughout that an Edinburgh TVL would need to reflect the interests of everyone in the city, including our citizens and businesses and the hospitality industry. Our proposals offer a fair scheme which will be simple to implement, refined following overwhelming support and feedback. We will ensure this engagement continues as we develop the proposals further.”

Depute Council Leader, Cammy Day, added: “Our city’s population is increasing and tourism continues to grow, yet our budget faces ever-increasing pressures. I think it’s entirely fair to expect tourists to contribute to the city maintenance, to cultural and tourist investments so that it remains globally attractive.

“Providing Edinburgh with the means to raise additional finance – money which can be reinvested into supporting and developing our visitor destination appeal – is in all of our interests. £2 a night is a small price to pay to visit a capital city and directly contribute towards its ongoing success.”

The council estimates that they can raise £14.6m by imposing a tax of £2 per room per night (capped at 7 nights). They plan to ringfence the funds, and will spend these on ‘additional sustainable investment in supporting and managing the impacts of tourism within the city’. We spoke to Council Leader Adam McVey about the plans to impose a £2 a night per room charge.

Bernard Donoghue, the CEO of The Association of Leading Visitor Attractions, was a keynote speaker at ETAG and explained to the industry participants that he opposed the tax unless it is really ringfenced.

He told us about why he thought Tourist Tax was a bad idea after delivering his talk to the delegates :

We spoke to Bernard Donoghue CEO of @alva_uk about why he is so opposed to the introduction of a Tourist Tax Here’s what he had to say #ETAG2019 pic.twitter.com/KRSQDmJ1N6

The tourism boss suggested to the audience that visitors, whether from home or abroad, now want to purchase memories and narrated the example of Dino Snores at the Natural History Museum, where children can sleep over with a dinosaur. Mr Donoghue also said that for any visitor attraction it is the staff who make such memories even more memorable.

Mentioning that Brexit may be leading to a slowdown in forward bookings from some European countries, he also pointed out that if there is a recession in the near future, then tourist attractions will benefit from ‘staycationers’. During the last recession the numbers showed that instability made the future scary while the past was definite and reassuring, making historical attractions like the Museum and Edinburgh Castle more popular than ever.

Megan Epler Wood, a researcher from Harvard and Cornell, spoke about maintaining and financing sustainable tourist destinations. Most of the criticism of ‘over-tourism’ here in Edinburgh has centred around the nuisance from AirBnB and also the strain on council-funded resources like street cleaning.

Ms Wood, who tweets as @planetreboot claims that the ‘invisible burden’ of tourism often comes down to very simple matters like utilities which the local government bodies cannot afford. She is publishing a major new report on the need for a new holistic form of accounting next month.

Ian Smith, Head of Corporate Relations at Diageo, offered an overview of what the newest Edinburgh whisky visitor attraction will look like. The company announced in April last year that they hope to create an ‘immersive visitor experience’ in the old Binns building at the West End for whisky fans. Diageo want to encourage ‘experiential travel’, and he cited the Guinness Storehouse (Dublin’s number one paid for tourist attraction) and the Jameson Distillery in Dublin as models for the new visitor attraction. Our local distillery at Glenkinchie will be one of the four linked to the venue giving visitors an insight into one of the four corners of Scotland with the Lowland whisky distilled there.

The choice to site the attraction here was an easy one for Diageo, saying that it will will ‘become a new hub for Diageo’s business in Scotland linking to wider social investment and creating opportunities in the hospitality sector for young unemployed people, through increased investment in the company’s Learning for Life programme’.

There is still some way to go as Diageo still have to apply for planning permission, but the £150m investment must be one of the most exciting in the city centre at the moment. David Cutter the Diageo boss told the BBC this week that they were confident of becoming part of the fabric of Edinburgh city centre.

Never ones to let the grass grow under their feet, Diageo have also created a limited edition whisky collection to celebrate the final season of Game of Thrones which you can reserve at Glenkinchie just outside Edinburgh as well as at their other distilleries. Game of Thrones and Outlander are often cited by VisitScotland as attractions for film tourism!

TOURIST TAX – for and against

After Finance Secretary Derek Mackay’s announcement that TVL will be possible in Scotland, there were voices raised both for and against. Here are some of those :

John Donnelly, Chief Executive at Marketing Edinburgh whose funding has been cut by £567,000 in the coming year by a cash-strapped City of Edinburgh Council, said: “Whether you support or oppose TVL, the facts are irrefutable; we have a growing need to protect areas of economic value yet a dwindling pot of money to do so. As indicated by the Council’s budget proposals, the public sector can’t fill the gap – and the private sector has shown little appetite to. Something has to give.

“Solving the problem means we can continue to invest in world-class festivals, protect our built environment and support the promotion of the city, all of which are crucial to building a bright future for Edinburgh.”

Liz McAreavey, CEO of Edinburgh Chamber of Commerce which conducted research last year finding that 69% of businesses would support the imposition of the tourist tax, said : “We know that there is widespread support from local businesses and local residents, to consider the option of a transient visitor levy. There has been broad support amongst our members for such an initiative, especially if the funds collected are ring-fenced to improve the city’s infrastructure. We will study these proposals and engage constructively with the council going forward.”

Scottish Labour MSP for the Lothian region Kezia Dugdale said:
“Today’s announcement that the SNP Government will now consult on the introduction of a tourist tax is due in part to calls from Edinburgh City Council, the Chamber of Commerce and many others asking to allow local government to introduce a levy for the benefit local residents.
“Asking visitors to Edinburgh to contribute towards the cities upkeep is common practice across Europe with tourist taxes established in Paris, Amsterdam and Berlin already to name a few. A modest levy, that could be ring-fenced to support the upkeep and invest in our tourist infrastructure would bring considerable benefits to the city.
“It’s estimated the introduction of the tourist tax could raise up to £14.6m every year for Edinburgh. However, the money the tourist tax can raise is just a small fraction of the cuts that Edinburgh Council is having to make.
“This is a step in the right direction but local government still needs a fair funding settlement to protect our vital services and stop long term damage being done to the cities most deprived communities.”

Willie MacLeod, Executive Director, Scotland for UK Hospitality said : “A TVL could be a disaster for the tourism industry in Edinburgh and across Scotland. The introduction of a £2 per room, per night tax will cost the economy between £175m – £200m per annum. At this a time of great economic and political uncertainty, much needed jobs, tax revenues and investment will be put at risk.”

He added: “Our members, who represent the majority of people in the hospitality and accommodation sector, remain opposed to the introduction of any additional tax on visitors. Instead, the Scottish Government and local authorities should continue to work with the industry, to expand the sector and secure further jobs and investment.

“UKH member businesses have invested significantly in Scotland, employ tens of thousands of people and cater for millions of overnight guests each year, contributing to the vibrancy and range of services available in our town and city centres.”

Councillors in Edinburgh will vote on adopting the administration recommendations on TVL this Thursday. You can watch the meeting on the council’s webcast.