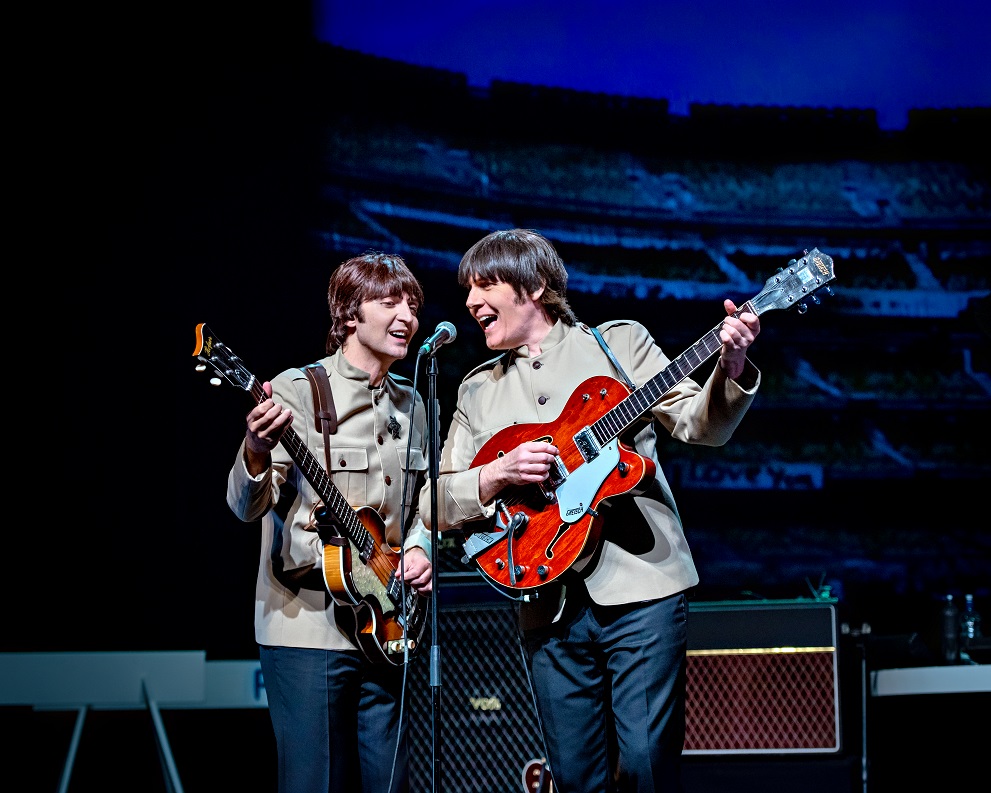 Last year I was mightily impressed by the musical production of Let It Be: A Celebration of the Music of The Beatles when it performed at the Edinburgh Playhouse. The good news for me and aficionados of the Fab Four is that the acclaimed theatrical concert is returning to Scotland as part of its UK tour this spring.

Let It Be is a celebration of the iconic music of The Beatles and has already been seen by more than two million people worldwide. Fans are invited to join John, Paul, George and Ringo for an unforgettable night of live music. The cast will be announced shortly but if they are anything like last year’s then audiences are in for a treat.

Act One takes audiences through the early days of the band as they embarked on their musical journey and onwards to the heights of global Beatlemania. The historic Royal Variety Performance, Shea Stadium and those iconic Sergeant Pepper costumes all feature. The first half of the evening features many of their most famous songs including I Want to Hold Your Hand, Day Tripper, Sgt Pepper’s Lonely Hearts Club Band, Penny Lane, A Day In The Life, Come Together, Get Back, and The End.

In a twist from the original Let It Be show, Act Two is set a decade after The Beatles went their separate ways. It gives fans a rare glimpse of how the Fab Four could have Come Together once again to perform – and is not to be missed.

Audiences are taken on a memorable and unique step back in time to the reunion concert taking place on 9 October 1980 – it’s John Lennon’s 40th Birthday. This is the ultimate concert that never was. The band reunite for one night only, just Imagine.

Let It Be producer Jeff Parry said: “The original Let It Be was a hit with Beatles fans all over the world, but UK audiences’ reaction to the new show and the new Act Two reunion concert that never was, has been nothing short of phenomenal.

“It may be almost half a century since The Beatles split, but their popularity and their influence just seems to keep growing, with their incredible and creative catalogue of music attracting a whole new generation of fans. And with so many important anniversaries during 2019, we’re delighted to take this special show to thousands more Beatles fans here in the UK.”

Since this article was first published, it has been confirmed that Let it Be will not be returning to the Edinburgh Playhouse this spring but will be in Inverness, Glasgow and Aberdeen.