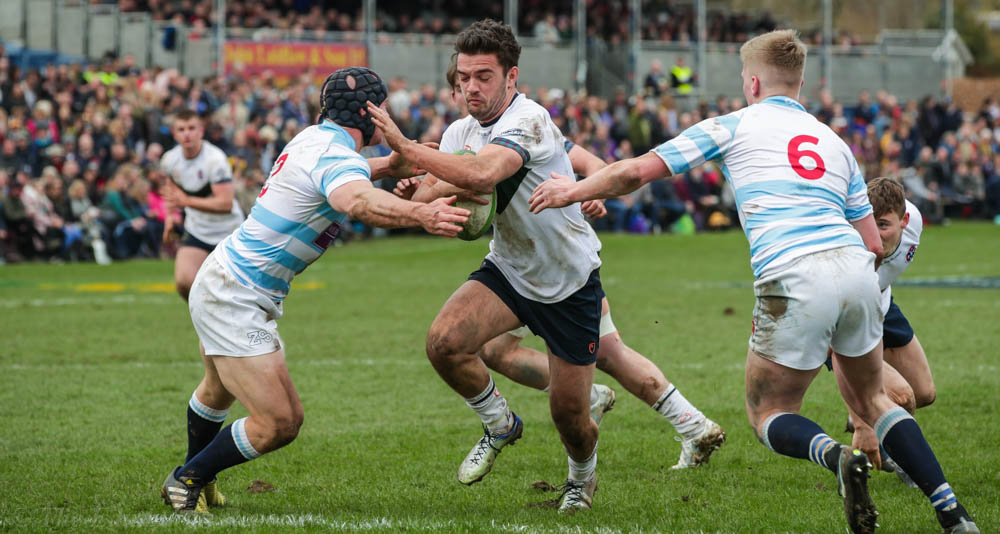 Along with the Universities of St. Andrews and Durham, The University of Edinburgh has been invited to compete in the renowned Aberdeen Standard Investments Melrose Sevens rugby tournament this April.

Founded in 1857, Edinburgh University RFC will return to Melrose following last year’s tournament. In recent years, Edinburgh has gained solid experience in playing rugby sevens, competing in tournaments across Scotland, as well as in overseas games in Portugal, Spain, Italy, France and Morocco.

EU RFC’s head of men’s rugby, David Adamson, said: “We are delighted to have been asked to take part in the Aberdeen Standard Investments Melrose Sevens again. It’s a great experience for our students to be a part of.

“Come February, we will shift our focus to the sevens. Here at Edinburgh University, we have a highly professional environment with full-time members of staff dedicated to the club and I am positive our students will receive exceptional training in preparation for the big day.”

Celebrating its 161st anniversary this year, the University of St. Andrews RFC will be taking part in the tournament for the first time. Director of rugby at St. Andrews, Scott Lawson, said: “It’s truly outstanding for us to get an invite to such a major rugby event. It’s an achievement for us to be able to link a club with history with a tournament that’s also steeped in history.

“This is also an opportunity for our students to showcase their talent. University rugby clubs continue to grow and are becoming increasingly performance-based. It’s truly rewarding for us to know our club has reached such a status to be deemed of a standard to be able to play at higher levels.”

The youngest of the three clubs, Durham University RFC, founded in 1875, is where a number of professional rugby players, including Will Carling and Will Greenwood, have honed their rugby skills. Having recently emerged as BUCS champions, the club is taking its participation in the 2019 tournament very seriously. This will be the team’s first time competing in the Aberdeen Standard Investments Melrose Sevens.

Alex Keay, senior rugby coach at Durham University, said: “We’re honoured to have been selected for the 2019 Aberdeen Standard Investments Melrose Sevens and we already have a solid idea of who our team players will be. University rugby culture is definitely reaching higher standards, with more people going into professional rugby than ever.

“Being part of such a recognised tournament will encourage our students to reach their full potential in the sport.”

The Aberdeen Standard Investments Melrose Sevens is the world’s original rugby sevens tournament, attracting 24 international and Scottish clubs every year to battle it out to lift the Ladies Cup. The game of sevens was invented in Melrose in 1883 by butcher Ned Haig, and the 136th playing of the Aberdeen Standard Investments Melrose Sevens will take place on April 13, 2019 at the town’s Greenyards.

Martin Gilbert, co-CEO of headline sponsor Aberdeen Standard Investments, added: “The Melrose Sevens is a major event in the rugby calendar both nationally and internationally. We are pleased that university clubs are taking part in this competition alongside major Scottish and international sides, allowing the students to participate in a global rugby event. It’s a real incentive for them to develop their skills and receive recognition of their commitment to the sport.”

Tickets for the 2019 Melrose Sevens start from £10 for children, £15 for senior citizens and £20 for adults. Family tickets are also available for £50, admitting two adults and two children. For more information about the Aberdeen Standard Investments Melrose Sevens, and to book tickets, visit www.melrose7s.com. Keep up to date with the action on Facebook at www.facebook.com/melrose7s, Twitter @melrose7s and Instagram @melrose7s.