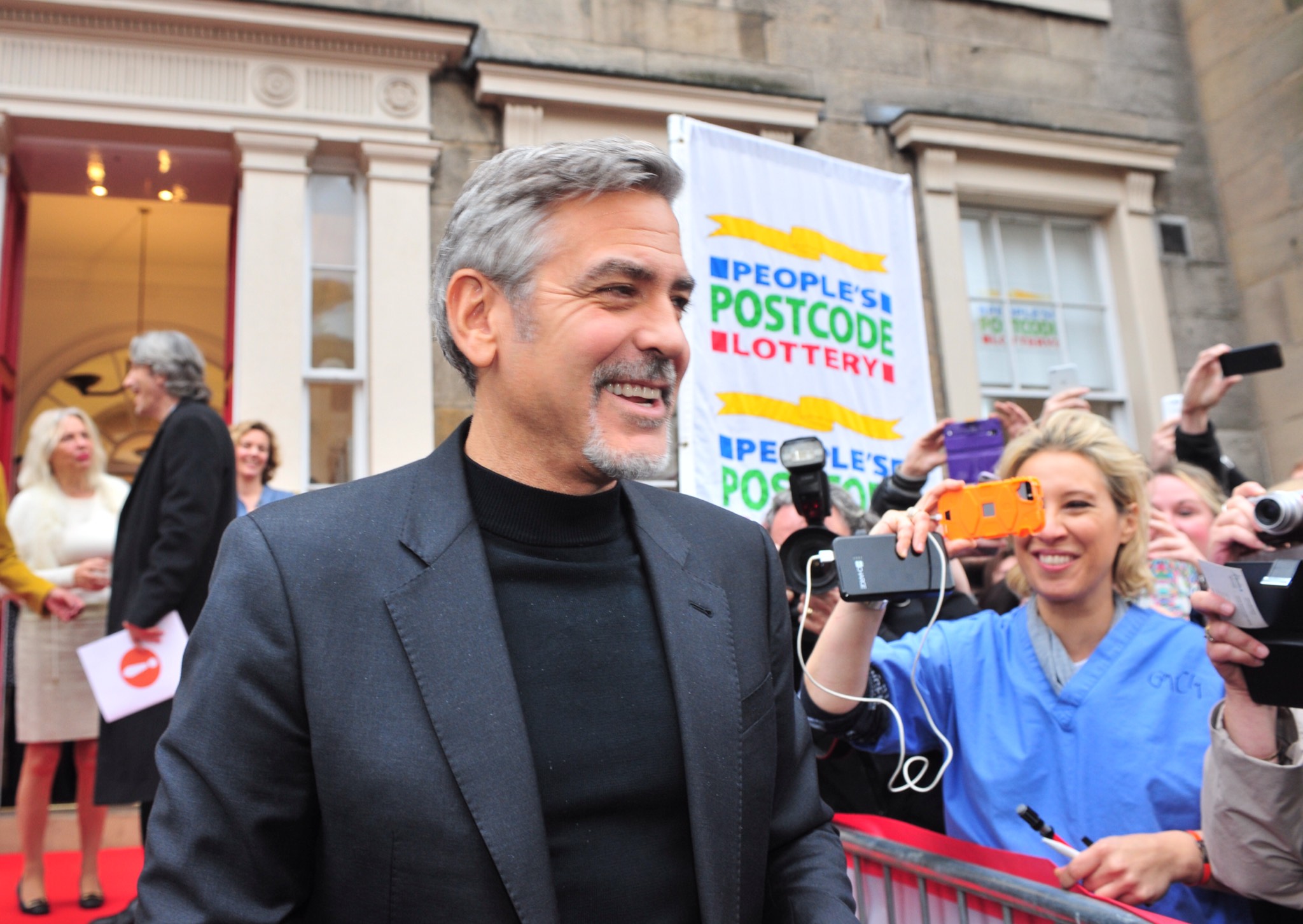 George and Amal Clooney are to collect an award for their charity work at a ceremony in Edinburgh next year.

The actor and film-maker is to return to Scotland’s capital on March 14 along with his wife, to attend the People’s Postcode Lottery Charity Gala.

They will be honoured for their international humanitarian work through the Clooney Foundation for Justice.

They will follow the likes of Sir David Attenborough, Dame Emma Thompson and the Prince of Wales, who have previously been honoured by the charity.

In a statement, the Clooneys said: “We are thrilled to be attending the People’s Postcode Lottery Charity Gala in Edinburgh.

“It is a perfect setting to highlight the urgent need to protect millions of the world’s most vulnerable people from human rights abuses.”

Hundreds of people turned out to welcome Clooney when he visited Social Bite and the headquarters of the People’s Postcode Lottery in Edinburgh in November 2015.

The Ocean’s Eleven star and his human rights lawyer wife will be interviewed by broadcaster Natasha Kaplinsky during the gala.

Players of People’s Postcode Lottery have already raised £1.3 million for his human rights charity, Not On Our Watch, which Clooney founded along with fellow Hollywood stars including Brad Pitt and Matt Damon.

Clara Govier, managing director of the People’s Postcode Lottery, said: “We are thrilled that George and Amal Clooney will be joining us in Edinburgh for the gala, which promises to be one of the highlights of the charity calendar.

“Our players support thousands of charities and good causes and the event provides us with an important opportunity to celebrate the vital work they do in communities throughout Great Britain and around the world.”