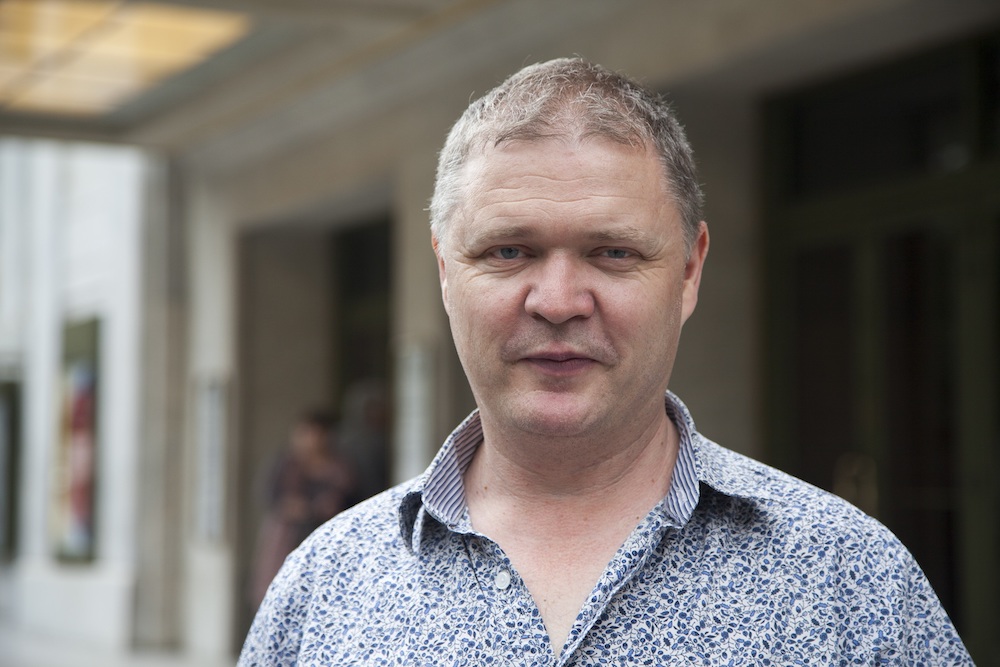 The Royal Scottish National Orchestra (RSNO) has appointed Alistair Mackie as its new Chief Executive. He will take up the role in April 2019.

A former student at St Mary’s Music School, Mr Mackie joins the RSNO from London’s Philharmonia Orchestra, where he was Interim Managing Director from August 2016 to March 2017, a member of the Orchestra since 1996 and most recently was Joint Principal Trumpet. He has also served as Philharmonia Chair twice from 2005 to 2011 and was elected for a third term in January 2016.

Originally from Ayrshire, Mr Mackie studied at Douglas Academy and the University of Surrey. In addition to his roles at the Philharmonia he has been Principal Trumpet with the London Sinfonietta since 2009 and Trumpet Professor with the Royal College of Music since 2007.

Combining a broad musical experience with a proven track record in financial planning, leadership and strategic outlook, Alistair’s achievements during his time as Chair and Interim Chief Executive of the Philharmonia include the appointment of Esa-Pekka Salonen as Principal Conductor and Artistic Advisor, the development of a strategic plan following the retirement of former Managing Director David Whelton and the adoption of digital communication positioned centrally in the Orchestra’s strategy.

Dame Sue Bruce, Chair of the RSNO Board of Directors said: “Following an international search and thorough evaluation process I am delighted to announce the appointment of Alistair to the role of Chief Executive. Alistair has had a stellar career playing trumpet, latterly with the Philharmonia and London Sinfonietta and has also been Chair and Interim Managing Director of the Philharmonia. Alistair has had a long association with the RSNO and we are very pleased to welcome him to his new role and we look forward to building on the successes of the orchestra and further developing our reach, repertoire and impact.”

RSNO Music Director Thomas Søndergård: “It is with the greatest of pleasure that we welcome Alistair to the RSNO. His knowledge of and his passion for the arts will add something very important to the organisation. I very much look forward to working with him.”

Newly-appointed RSNO Chief Executive Alistair Mackie: “I’m honoured and excited to be taking up the position of Chief Executive with the RSNO. The first orchestral concert I ever attended was a performance of The Planets at the Kelvin Hall with the Scottish National Orchestra and throughout my teenage years I was repeatedly inspired by the unique energy and musicality of this amazing ensemble. It’s no small part of why I chose to pursue a career as a professional musician.

“As the RSNO begins the next phase of its life with new Music Director Thomas Søndergård I believe there are unparalleled opportunities for this outstanding ensemble. With strong support from the Scottish Government the opportunity exists to have world-class music-making open and accessible to absolutely every member of Scottish society. Established and emerging digital platforms give new possibilities of reaching global audiences with the message of a vibrant Scottish musical scene.

“I consider myself privileged to be joining the RSNO community at this time and look forward to working with such an exceptionally talented group of people.”

Cabinet Secretary for Culture, Tourism and External Affairs, Fiona Hyslop: “I am delighted to welcome Alistair Mackie back to Scotland to lead the RSNO’s team. The qualities he possesses, both in terms of his musicianship and leadership, will be a huge asset to the nation’s cultural community.

“I look forward to meeting him in due course and to hear what plans he and the team have for developing Scotland’s national symphony orchestra”.

Current Chair of the Philharmonia Orchestra, Michael Fuller: “As Principal Trumpet, Chairman and Interim Managing Director, Alistair Mackie has made a tremendous contribution to every aspect of the Philharmonia Orchestra over the past 23 years. It’s a contribution that will not soon be forgotten. Our loss is Scotland’s gain and we wish him a hearty congratulations and all the best in his new role.”

The RSNO’s 2018:19 Season is the first for Thomas Søndergård as Music Director and Elim Chan as Principal Guest Conductor. At the end of this month Søndergård and the RSNO will make their second tour of China, with Scottish violinist Nicola Benedetti, and in March Søndergård and the Orchestra will undertake their first tour of the USA together.

For more information on RSNO concerts and events, visit www.rsno.org.uk.