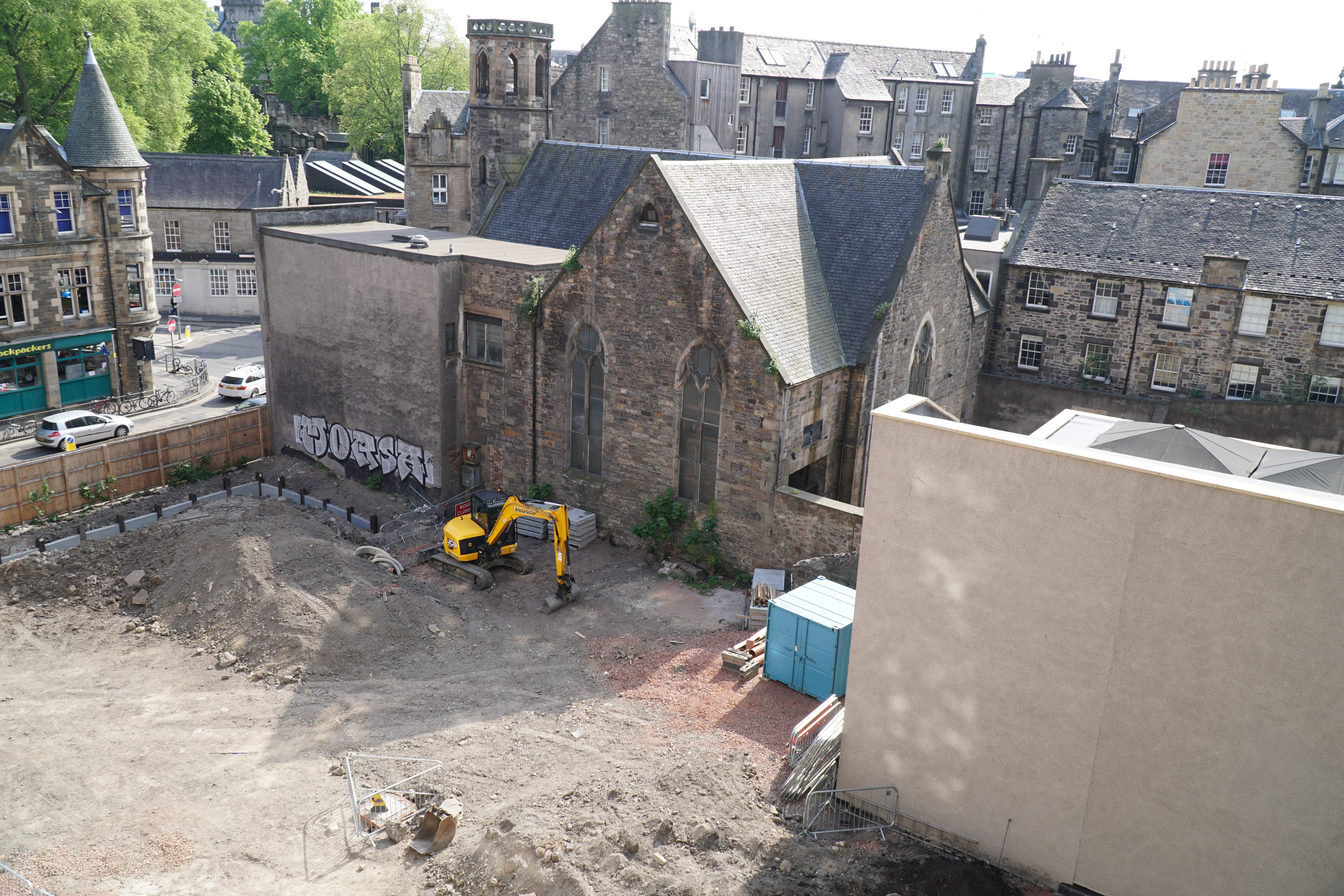 There has always been opposition to the development of the former India Buildings as a Virgin Hotel.

Now it will be discussed further during the Education, Children and Families committee on Tuesday 11 December.

A petition has been lodged with the council entitled Central Library vs Virgin Hotel. It falls to be discussed at the Education committee as there is no Petitions committee any more. It was disbanded in June 2017.

The petition which is supported by 127 signatures calls for the council to safeguard the A listed Central Library including buying back the land and buildings already sold to Virgin. The buildings are entered by India Buildings on Victoria Street, but the land extends behind all the way down to the Cowgate.

The campaigners have always said that the development will deprive the library once and for all of light and any potential to grow in the future.  They claim that the council did not consult on the implications for the Central Library.

They also call upon the council to report fully on the library as a flagship cultural project of national and international significance.

The campaign adopted the motto above the door of the Central Library as its name. Let there be Light. Planning permission for the hotel which will be close to the back of the library building was granted in November 2016. The building had only been granted A listed status by Historic Environment Scotland in the summer of 2016.

The campaigners were to be heard at the Education Committee meeting in October but the delegation was postponed to this Tuesday when they will no doubt repeat their claim that the new development will block around 80% of the natural lighting in the library building.

It is difficult to believe that the council is minded to do anything to further the cause of the campaigners at this stage. The planning permission was granted, Virgin was welcomed to Edinburgh and this will be the first Virgin hotel outside America. The economics of the 255 room hotel development coupled with the ramifications of unravelling it all will no doubt outweigh the campaigners who simply do not give up their fight.

The library was built at the end of the 19th century with some funds from philanthropist Andrew Carnegie, and was designed by George Washington Browne following a public competition.

The campaigners raised almost £30,000 by crowdfunding to pay the legal fees of a judicial review action raised in the Court of Session. That case involved both the council and Dreamvale Properties Limited, but the judge Lady Wyse decided that there had not been any errors in the decision-making process as the petitioners led by Simon Byrom alleged.