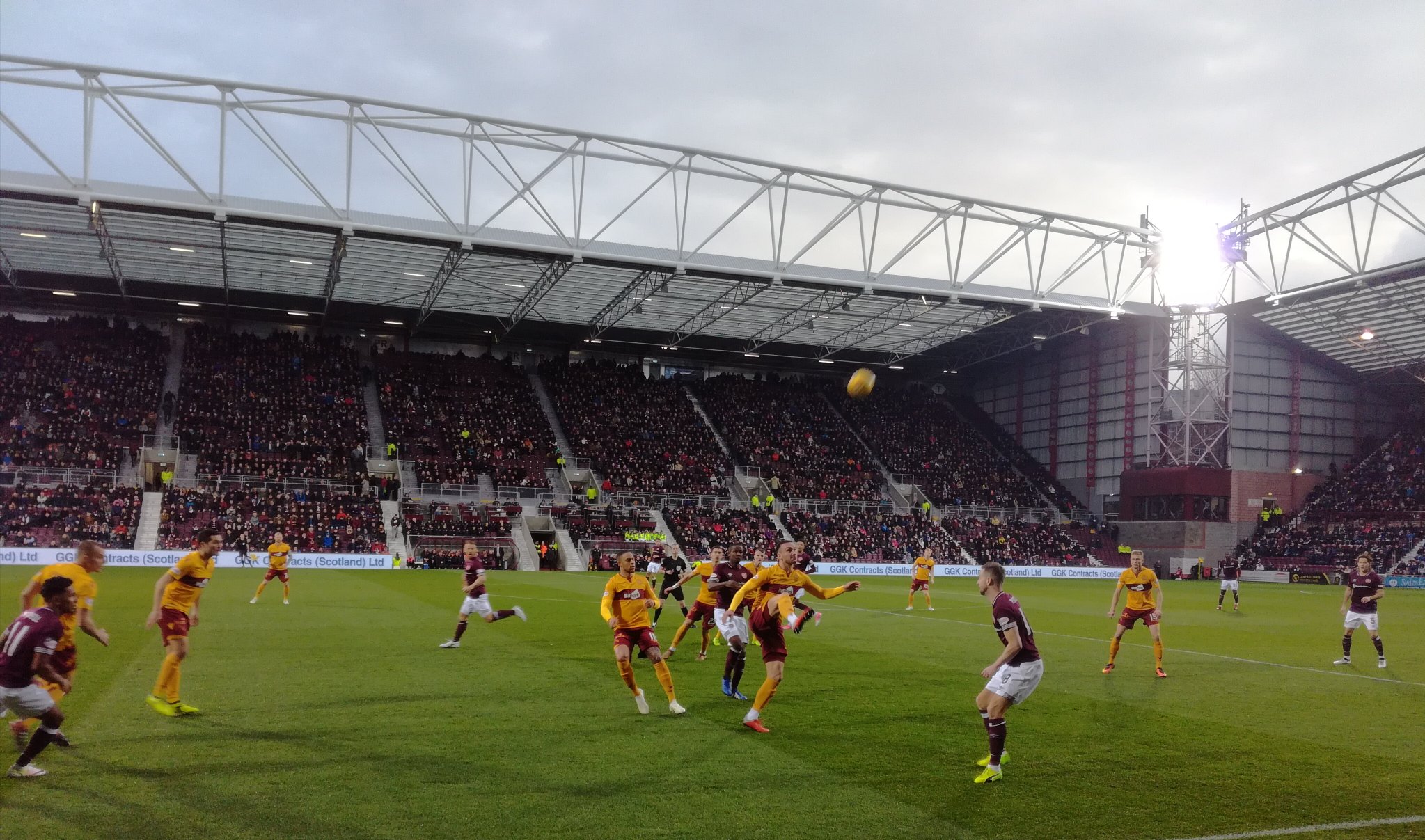 Hearts finally got back to winning ways with the narrowest of wins over Motherwell in the Ladbrokes Premiership at Tynecastle on Saturday. A header from Peter Haring after 14 minutes was enough to see the Maroons record their first victory since winning at Dundee on 23rd October and was a much-needed boost for Craig Levein’s team after the controversy of recent days.

Levein made a couple of changes to the team that was denied victory at St. Johnstone on Wednesday evening, courtesy of referee Andrew Dallas’ decision to award the home side a penalty kick which was converted to level the score. Olly Lee and Craig Wighton were replaced by Marcus Godinho and Steven MacLean.

There were just nine seconds on the clock when Motherwell almost took the lead when Johnson left fly from 20 yards, but his effort went wide.

Hearts slowly began to take control and deservedly took the lead in the 14th minute. A fine delivery from Oliver Bozanic was met by the head of Peter Haring and the ball nestled in the Motherwell net.

To be frank the rest of the game was nothing to write home about. The ball spent so much time in the air it may well have been a threat to passing aircraft and the physical nature of some of Motherwell’s play was not for the squeamish. Their game plan seemed to be to see who could kick the ball highest into the dark December sky; it certainly wasn’t football.

Hearts also struggled to put together any cohesive football and to say the game was a scrappy affair is putting it mildly.

The home side did hang on for what may prove to be a valuable three points, though, meaning the home support went home happy enough.

Levein seemed to be a relieved man after the game. He told the official Hearts website:

“The mission was to get three points today and however we did that I didn’t think was of primary importance.

“It was very competitive, as Motherwell games always are. There were a lot of balls in the air, second balls were vital.

“The players were on a difficult run and confidence gets.

“We really needed to start picking up points again to have a foundation to build from.
“We started it in the Rangers game, although we didn’t pick up any points. St Johnstone beating Aberdeen means that us going there during the week and getting a draw doesn’t look quite so bad now.

“Overall, I’m really pleased. I’m relieved to get back to winning ways and hopefully we can kick on from here.”

Top man: Willie Collum…I jest, although in fairness the controversial whistler had one of his quieter games. No, for me, Arnaud Djoum was back to his best.