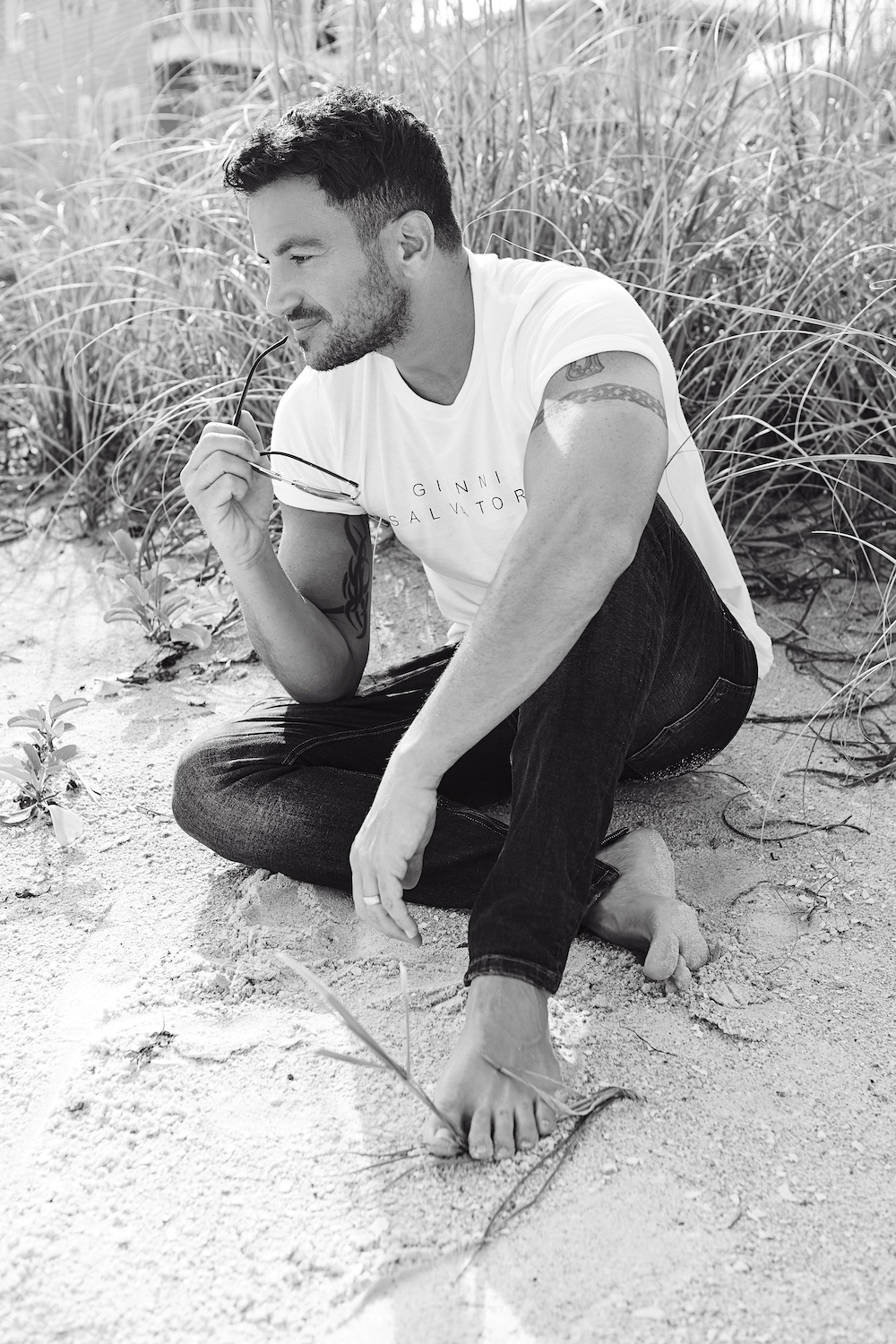 Peter Andre is celebrating a quarter of a century in music and is bringing his 25 day tour to Edinburgh in February next year.

His first breakthrough came in Australia with Gimme Little Sign which got to number 3 in the charts and since then he has enjoyed a quarter of a century of success as an entertainer.

He has been to this beautiful part of the country before and told me he is looking forward to coming north to Edinburgh. So what are his audiences to expect at The Usher Hall?

Peter explained : “At the moment I tour with a massive band, and obviously I am conscious both about that and the visual element too.  It will be a smaller band in Edinburgh, but the overall act will be live and that is what we love doing.

“There are some songs from the beginning in Australia and it will be interesting to play those from 1992 and then bring it right up to date with some new songs that I am writing now. I want to show people the journey I have gone through so there will also be a bit of a medley of songs that I have been inspired by along the way – music like soul, jazz, blues, funk and reggae.

“I try to pick the same band depending on their commitments. It feels much better with a band and you get to control the night. So sometimes I stop the song in the middle and just talk to the audience. Or I can interact so much more.”

From the beginning, at the age of six years old, Peter says he knew he wanted to be a singer., and explained how that happened He said : “I turned on the radio and did not like any of it. It was all very hard rock which I can appreciate now of course but I didn’t like it then. When we came back to England I made a recording of the top ten hits probably on Capital Radio or something. I took that back to Australia and listened to it religiously.

“I was born in 73 and at six years old I already knew what I wanted. I bought Michael Jackson’s Off the Wall on vinyl and I remember listening to it over and over again. My dad gave me the money to buy it.

“When I was 13 I was riding home from school and this song was in my head – a complete song. When I got home I asked my brother Chris whether this was somebody else’s song. He listened to me singing it and said he had never heard it before. So I started looking through video tapes to see if it was something written by someone else. But it wasn’t – it was mine!

“I had written the lyrics, the melody everything. So my brother Chris who plays all these instruments put some music to it. At that point Chris was the only one who saw it, and he told me that I could do this.

“At 13 I entered a school competition and we were second in the state. Then I began doing talent shows, and eventually I went on the talent show New Faces.

“I was offered a recording deal live on air. I wasn’t the greatest singer or dancer, but what I could do was perform. I could entertain the crowd and I think that in itself made me able to move forward.”

I wondered if he is an extrovert away from stage and screen, or if this is a persona he turns on as the public facing Peter Andre. He was really sincere in his response that there are some people who do that and who get tired of having to do it  for interviews or for the public. But that is not him.

He exclaimed : “I love people! I am happy because I love people. I can turn off at home when I put the TV on or start cooking in the kitchen.”

Peter expects people of all ages to come to see him in Edinburgh. The audience who have travelled with him through the years may be about the same age as he is now, and they bring their children with them. But from presenting This Morning he also attracts a slightly older audience. This presents a little difficulty when choosing the music to perform.

Peter said : “That gives me a problem. It is difficult to pick the songs I am going to do with such a wide range of ages in the audience. Sometimes I throw in songs that inspired me – you know it is hard to believe that I have had ten top five singles and three number ones! – so we have the material but it does not mean that everyone remembers the songs. So you can’t just get up there and sing songs that nobody knows.”

As a family man how does he cope with touring? He confessed it is a bit tough :  “It is hard to cope with that, as I am away for quite a few days at a time. But in general I am at home a lot – I work my schedule around the kids both in the mornings and evenings. As far as they are concerned I am always around and it will be tough for that month or so but, the work I do means I can support the family.”

And what will Mr Andre look like on stage?  Will it be the suave suited Mr Andre or a more relaxed version that we see here at the Usher Hall?

“Well I am not one for changing outfits during a show. This is a celebration of 25 years and so I almost want to take it back to how it was when I first started and then wear the suit and tie towards the end. It might be quite nice to see that transition, but this evening will be all about the journey. There will be a lot of interaction during the show because I love talking to the crowd and making them laugh – even if they just laugh out of sympathy!

“It is going to be a good night and I would love to see everyone there.”

Following his breakthrough in Australia which saw his second single Gimme Little Sign peak at number three in the Australian charts, Peter released his second studio album, Natural, in the UK which reached Number One in the album charts. It included the infamous Mysterious Girl, which shot to Number Two in the UK singles charts, and later went on to hit the top spot when it was re-released by public demand in 2004.

Peter’s music career peaked during the 90s when he became the sixth highest selling artist in the UK. He had several Number One hit singles, two Number One albums and toured all over the world collecting a multitude of national and international accolades along the way. His chart success led to major tours throughout the UK, Europe, Asia and Australia.

During his 25 years in the spotlight, Peter has showcased his diverse musical talent, releasing 12 different albums, all with a unique twist. 2014 saw the singer songwriter release a brand- new sound to add to his collection, with the debut of his swing album Big Night followed in 2015 with Come Fly With Me. Well not everybody in Edinburgh can get a ticket – but you can perhaps win a pair of tickets here.

The winner will be notified by email and Peter Andre’s promoters will arrange for delivery of the tickets to the winner.

Liz Doogan-Hobbs MBE, CEO of LHG Live said :  “We are delighted to be working with Peter Andre on his Celebrating 25 Years tour. It is testimony to Peter’s character in theentertainment world that he is so well thought of amongst his fans and peers, and having produced shows on his previous tours, we are thrilled to be working with Peter at this milestone in his career. We too recently celebrated 25 years in business and know the hard work and dedication it takes to stay at the forefront of your industry for such a sustained period. To commemorate such landmark achievement, we have agreed that a limited number of tickets will be available during the pre-sale period at £25.” Peter Andre CELEBRATING 25 YEARS Tour 2019 dates include:

Tickets for the Edinburgh show are available from the Usher Hall and Ticketmaster.

You can also get more information about Peter here