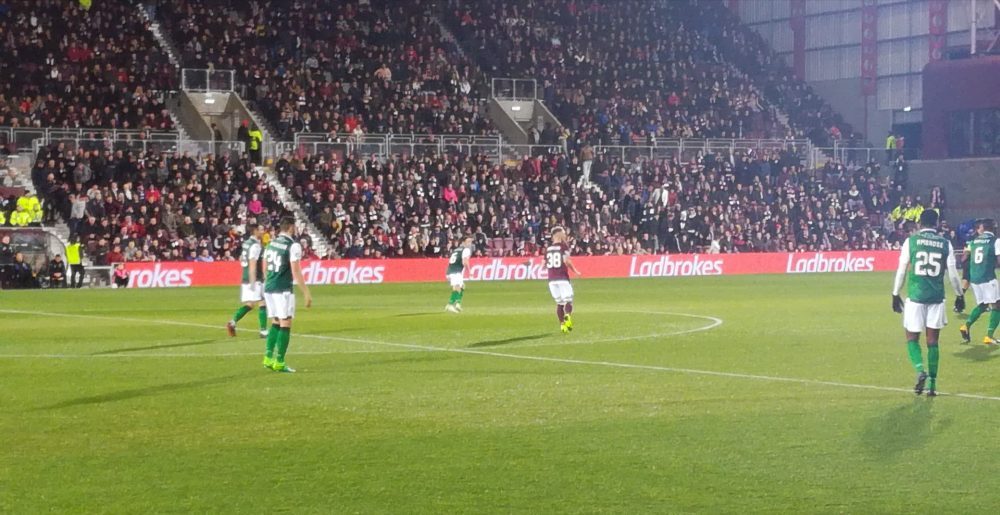 Police have made two arrests in connection with football related violence in the capital.

A 26-year-old male has been charged in relation to the incident where a 70-year-old woman was struck by a bottle before the Hearts v Celtic Betfred Cup semi-final at Murrayfield last Sunday.

The attack which was filmed on mobile phones and uploaded was shared widely on social media.

In addition, a 21-year-old man has been charged in relation to an assault of the Hearts’ goalkeeper ‘Bobby’ Zlamal during Wednesday’s Edinburgh Derby.

That incident was caught on television.

Police say that inquiries in relation to other incidents at Tynecastle that night are ongoing.

Hibs’ Head Coach Neil Lennon was struck by a coin thrown from the Hearts Main Stand during the game whilst graffiti stating ‘Hang Neil Lennon’ was written on a nearby wall.