It looked straight-forward. A good path, a sunny day, mild, not much wind. But Ben Wyvis, the first big hill north of Inverness, had its surprises waiting for us.

The wind grew stronger as we climbed higher, mist rolled across the top. Three separate walkers came panting down saying they had been turned back by the wind. “I was reduced to crawling,” said a sturdy hill-runner.

What they hadn’t realised was that the path led over a particularly windy corner between two hills and this had tuned a 30mph wind into a real gale. My companion, a seasoned Munroist, immediately saw that the answer was to leave the path and stay beneath the brow of the hill, until we were past the windy corner, and then emerge on the broad back of the ridge where the wind blew at an easy 30mph. We appeared to be the only ones to reach the summit that day (last Friday, if anyone wants to challenge us).

Has Theresa May managed to pull off a similar trick, ducking the stormy corners but still facing up to the wind?  Her “political agreement” on our future relationship with Europe might just put enough paper over the immediate cracks to convince the House of Commons into voting for her Brexit deal.

But already the Scottish First Minister Nicola Sturgeon has said SNP MPs will be voting against. She went to London this week to try to persuade Labour and the Liberal Democrats to form a grand coalition with the SNP and Plaid Cymru to vote against the deal and instead keep Britain in the Customs Union and the Single Market.

Two of the issues the SNP are concerned about – fishing and the special status being given to Northern Ireland – have been kicked into the long grass in the political agreement. But they are both flames kept burning in the fire of resentment caused by Scotland being “dragged” out of the EU against its will.  There is still a suspicion, despite Mrs May’s denials, that fishing boats from Spain and France will have to be given access to Scottish waters in exchange for opening their markets to Scottish shell-fish.  And to avoid a hard border between Northern Ireland and the Irish Republic, it’s likely that Northern Ireland will be given special trade terms with the EU while Scotland will not. Quite apart from Brexit, we have our own problems here at home.  Earlier this week I had to take a friend to the accident and emergency department at Edinburgh Royal Infirmary.  And what I saw shocked me.  It was a “quiet” Monday evening but there must have been 60 people in the waiting room.  Every seat was occupied by a sickly-looking person accompanied by a worried companion.  The girl beside me said she’d been waiting for four hours, the maximum time allowed under the government’s target, which is met only 90 per cent of the time.

From what I could see, most of the patients were “walking wounded” who should have been treated in their local doctors’ surgery…if they had been able to find one without a queue this long or a four or five day wait for an appointment.

The trouble is we are spending less than 7 per cent of the total NHS budget on GP services.  Doctors are also paid so much (£80,000 a year) they can afford to retire early or work part time, which has led to a shortage of family doctors.  So everyone ends up at expensive hospitals on “quiet” Monday evenings.  The elephant in the waiting room, however, is that the NHS budget of £12bn a year cannot keep rising without taxes going up – and no one is prepared to talk about that, least of all the politicians.

Another spending problem the government is facing is a teachers’ pay award. Scotland’s 50,000 teachers have been offered a 5 per cent pay rise but that’s been rejected by 98 per cent in a ballot involving three quarters of all teachers. At first minister’s question time, Nicola Sturgeon admitted the offer was dead but said new negotiations would have to be “realistic”.  Local councils, who employ the teachers, simply can’t afford the 10 per cent rise being demanded by the teaching unions.

One thing the government can do – and it does it well – is to exhort us all to behave better.  So a new advertising campaign against alcohol was launched this week. The Food Standards Agency urged restaurants to offer half-size meals to tackle obesity. Councils were told to build more homes to cope with the number of people registering themselves as “homeless”, nearly 35,000 and rising.

And, of course, we are always being urged to do more to save our environment.  This week the issue confronting MSPs was “kelp harvesting”.  A company from Ayrshire wants to “mechanically harvest” 30,000 tonnes of seaweed every year from sites around the West Coast to make bio-polymers, a new industry it says could be worth £300m a year to the Scottish economy. However, environmentalists say that would mean “dredging” the delicate seabed, damaging the fishing grounds and causing serious coastal erosion.

In the end, MSPs voted to tighten the current licensing system for kelp harvesting, banning any practice that “would inhibit the regrowth of the individual plant.”   Wisely, there is also to be a review of what this actually means in practice.  We all want to “Help our Kelp.” 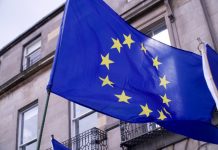